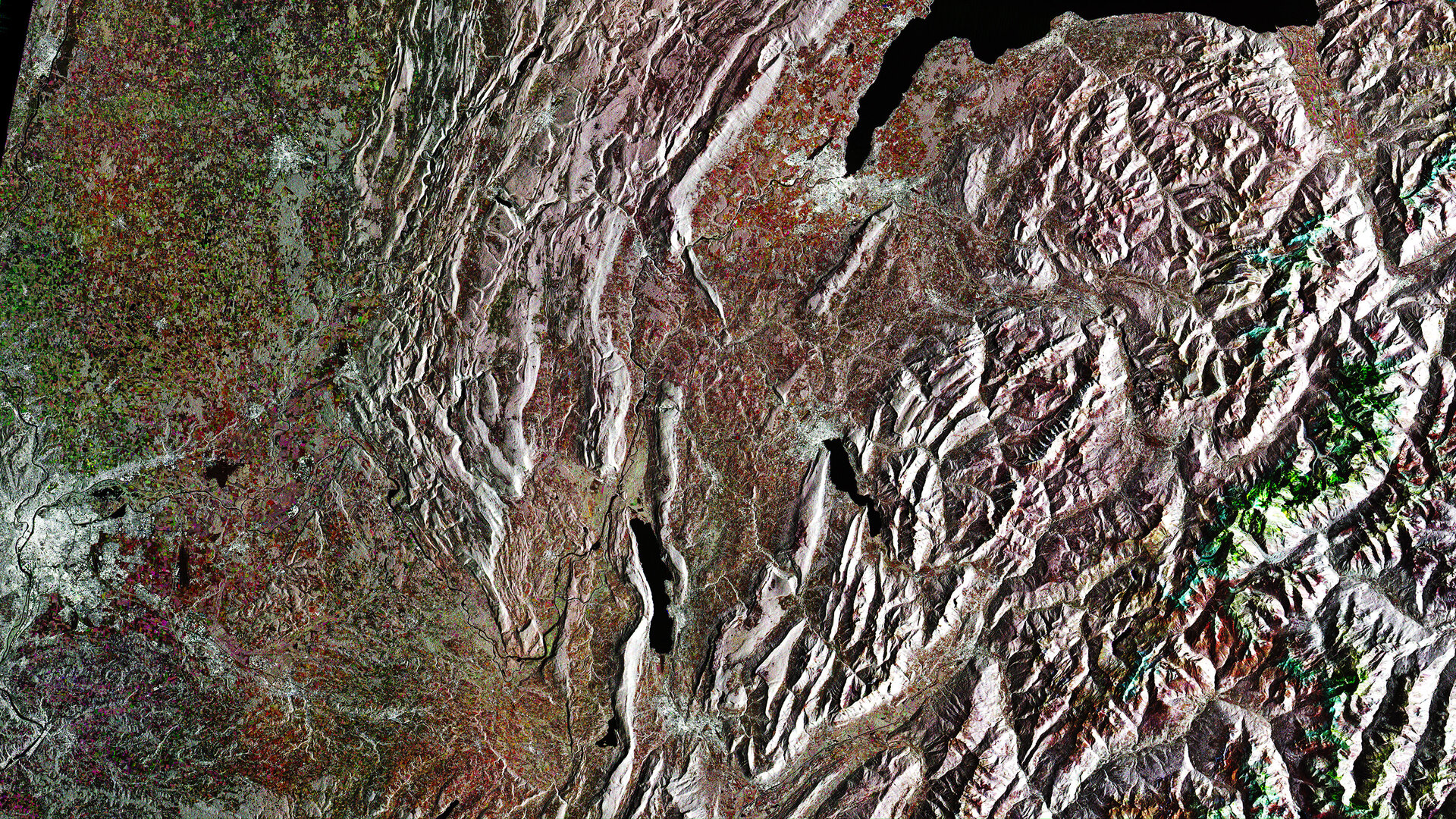 This Sentinel-1 radar image captures a stretch of southeast France, from the city of Lyon on the left to the Alps on the right – the northeast part of the Auvergne-Rhone-Alps region. The image is made up of three satellite acquisitions from 13 July, 12 August and 11 September 2017 to highlight any changes on the ground. Grey tones, where there are mountains and towns for example depict no change, but red, green and blue tones indicate where vegetation has changed as summer progressed.

The highest mountain in the Alps, Mont Blanc, which is on the French–Italian border, is featured a little below half way down the right side of the image. To the north of the Alps, part of Lake Geneva can be seen with the Swiss city of Geneva at southwestern end of the lake. Further south and slightly west of the Alps, Lake Annecy and Lake Bourget are visible. To the west of these lakes the land gives way to gentle valleys with Lyon featured on the left side of the image.