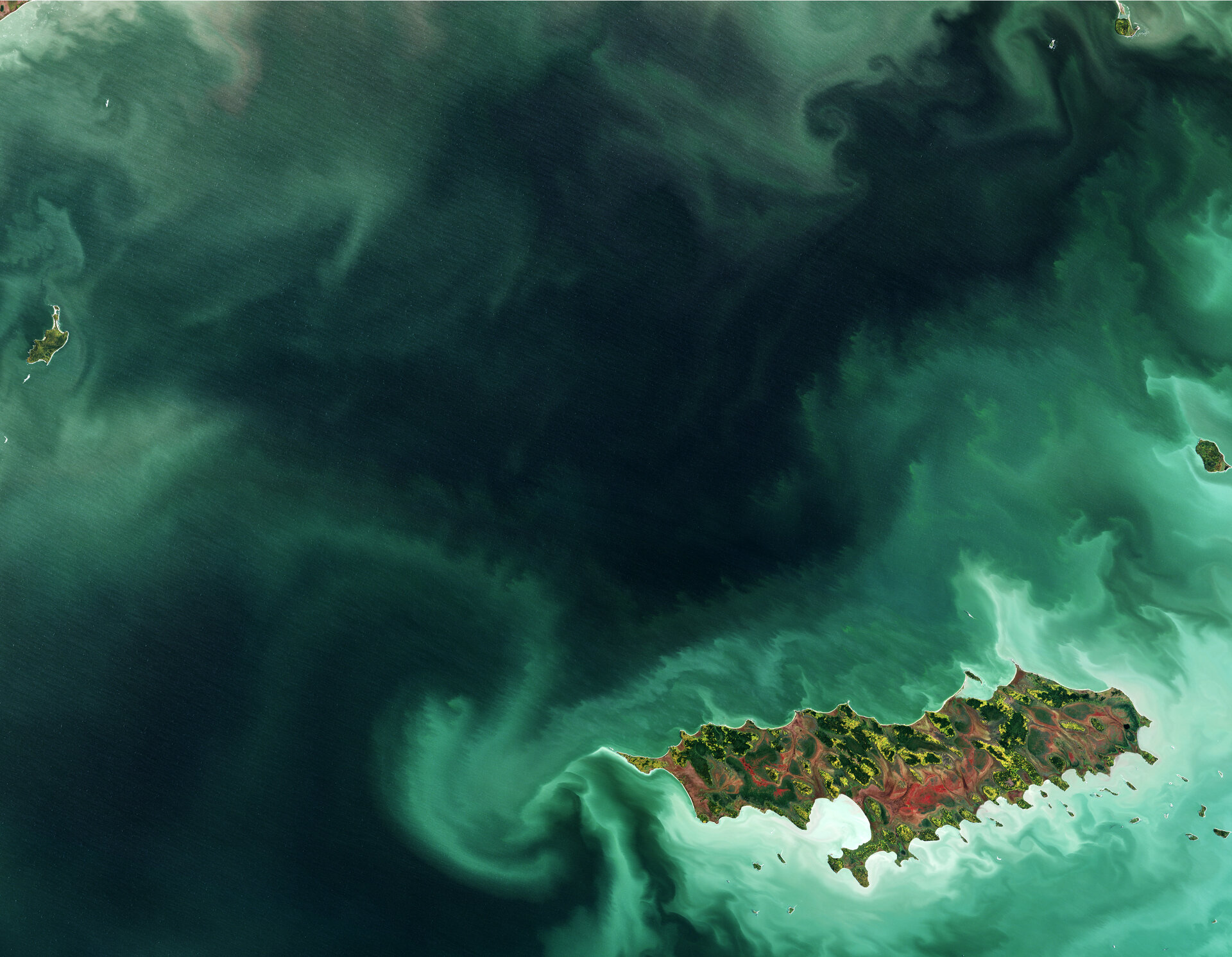 The Copernicus Sentinel-2 mission takes us over part of Lake Winnipeg in the Canadian province of Manitoba, with Reindeer Island visible in the lower-right part of the image.

While our friends on the other side of the pond might be able to tell us why this place is called ‘Reindeer Island’, we believe that this is a rest-stop for Santa Claus during his busy night before Christmas.

Smaller islands can be seen along the edges of the image, while the swirling shades of green in the waters is an algal bloom.

Although algae grows naturally in the lake, high levels of phosphorus – found in fertilisers and common household products – seeping into the water have caused a steady surge of toxic cyanobacteria, or blue–green algae, posing a threat to ecology and human health.

Sentinel-2’s frequent revisits over the same area and high resolution allow changes in inland water bodies and the coastal environment to be closely monitored.

With its 13 spectral channels, the mission’s novel imager can capture water quality indicators such as the surface concentration of chlorophyll, detect harmful algal blooms and measure water clarity – giving a clear indication of the health and pollution levels.

By providing measurements of water quality and detecting changes, Sentinel-2 supports the sustainable management of water resources, and can also indicate areas that are safe, or unsafe, for swimming.

This image, also featured on the Earth from Space video programme, was captured on 6 October 2017.