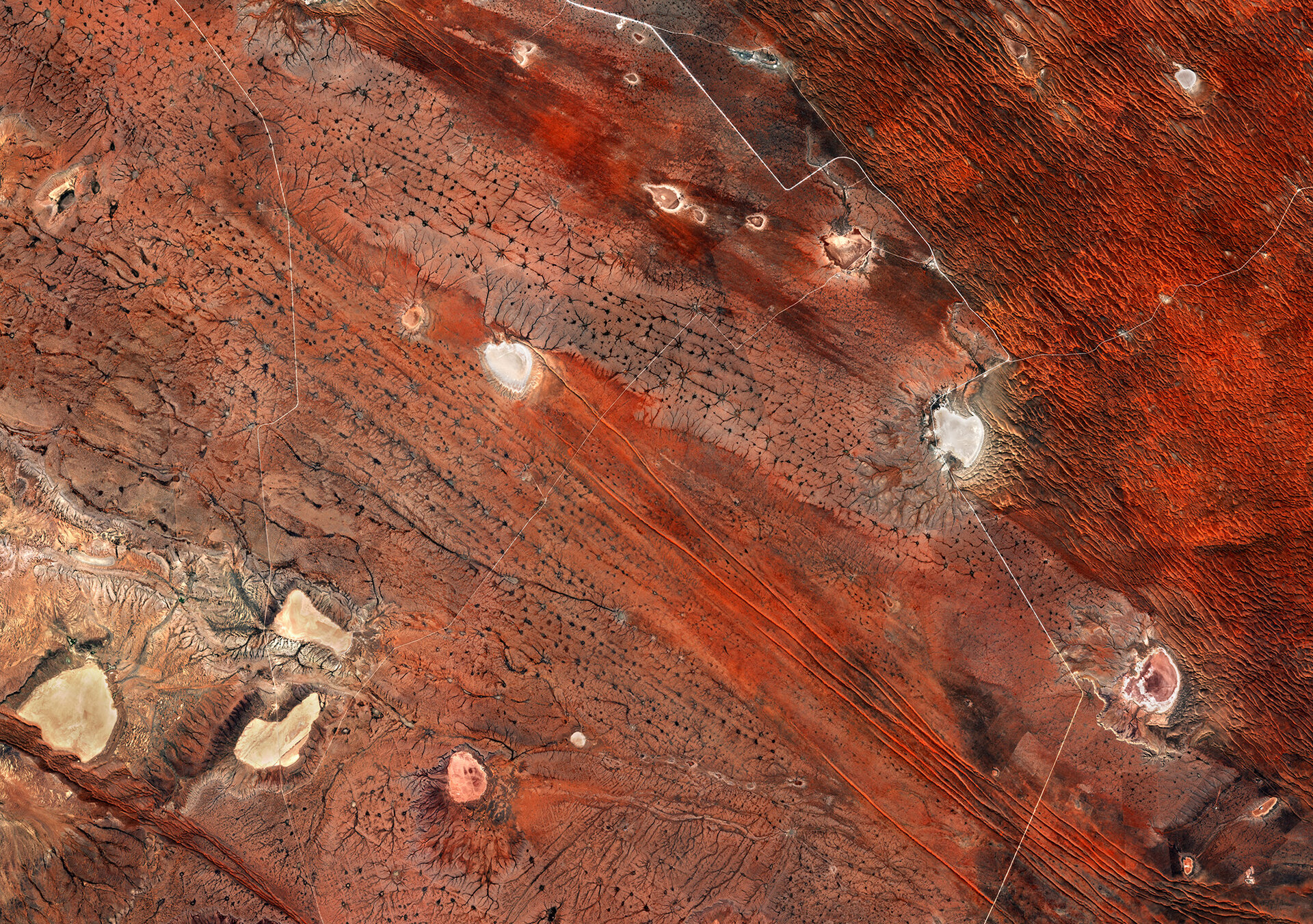 Although this image might look more like the surface of Mars, it was actually captured by the Copernicus Sentinel-2 mission and shows southeast Namibia and the western edge of the Kalahari Desert.

Namibia is famous not only for its stunning desert landforms but also because these deserts offer clues to the history of tectonic plate movement in this part of Africa. The Namib Desert, which runs along Africa’s southwestern coast, is said to be the oldest desert in the world. While this image was taken further east – over part of southeast Namibia – the striking orange–russet tones are also down to the semi-arid climate in this remote region.

The Kalahari, which covers much of Botswana, parts of South Africa and part of southeast Namibia is not a true desert as it receives too much rain, but it is an area of ancient fossilised sand dunes. Some of these dunes, also known as sand sheets, can be seen running across the top-right corner of the image and appear surprisingly parallel and uniform. It is thought that these dunes formed between 2 500 000 and 12 000 years ago, and have been fixed ever since.

To the east, the landscape also looks like an alien orange world and is dominated by ridges, escarpments and dry lake beds known as salt pans. Roads cutting sharply across the landscape are a reminder that this region is not entirely unpopulated.

The image, which is also featured on the Earth from Space video programme, was captured by Sentinel-2 on 28 July 2017.