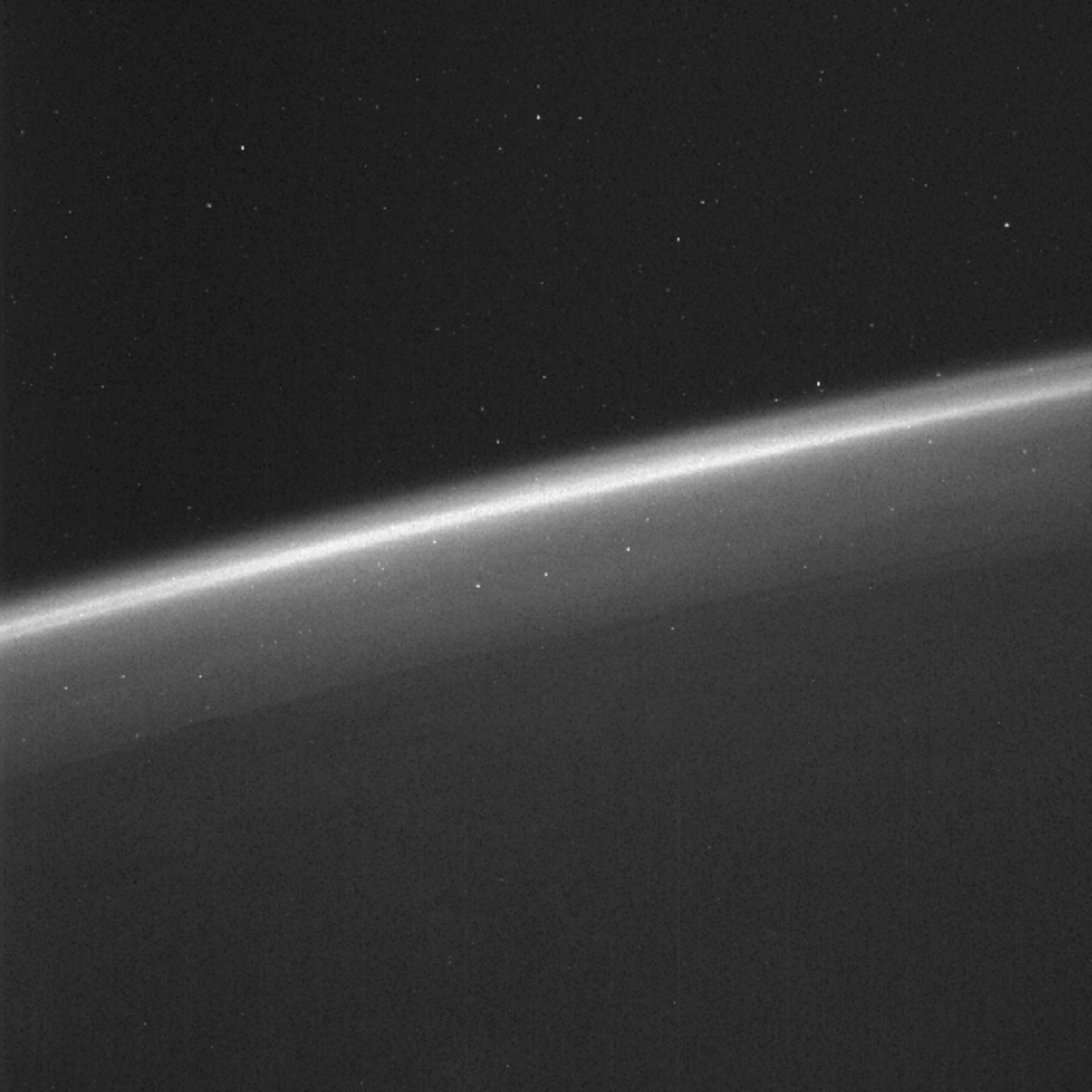 A portion of the Earth during night time, covered by layers of the atmosphere, as seen through LISA Pathfinder's star trackers on 3 December 2015. Beyond the horizon of our planet, several stars are visible, above as well as through the atmosphere.
LISA Pathfinder, ESA's mission to test technology for gravitational wave detection in space, blasted off on 3 December at 04:04 GMT (05:04 CET). The Vega rocket delivered it to a low-Earth parking orbit and, from there, the satellite will perform a series of six critical burns to raise the highest point of the orbit. Eventually, it will reach its operational orbit around the Lagrange point L1, 1.5 million km away from Earth towards the Sun.

Since taking over control of the spacecraft after it separated from the upper stage of the Vega launcher, the mission control teams at ESA’s European Space Operations Centre in Darmstadt, Germany, have been checking that various subsystems on board LISA Pathfinder are working well ahead of the critical orbit raising phase. Among these operations, they also tested the two star-tracker cameras, located below the science module, that are used for navigating the satellite using the stars as reference points.

During the science mission, the images taken by the star-trackers are not sent to Earth but processed on board. However, during the commissioning of the spacecraft, the operators are collecting data from the star-trackers, and so obtained a one-of-a-kind image – at least for a non-imaging satellite such as LISA Pathfinder.