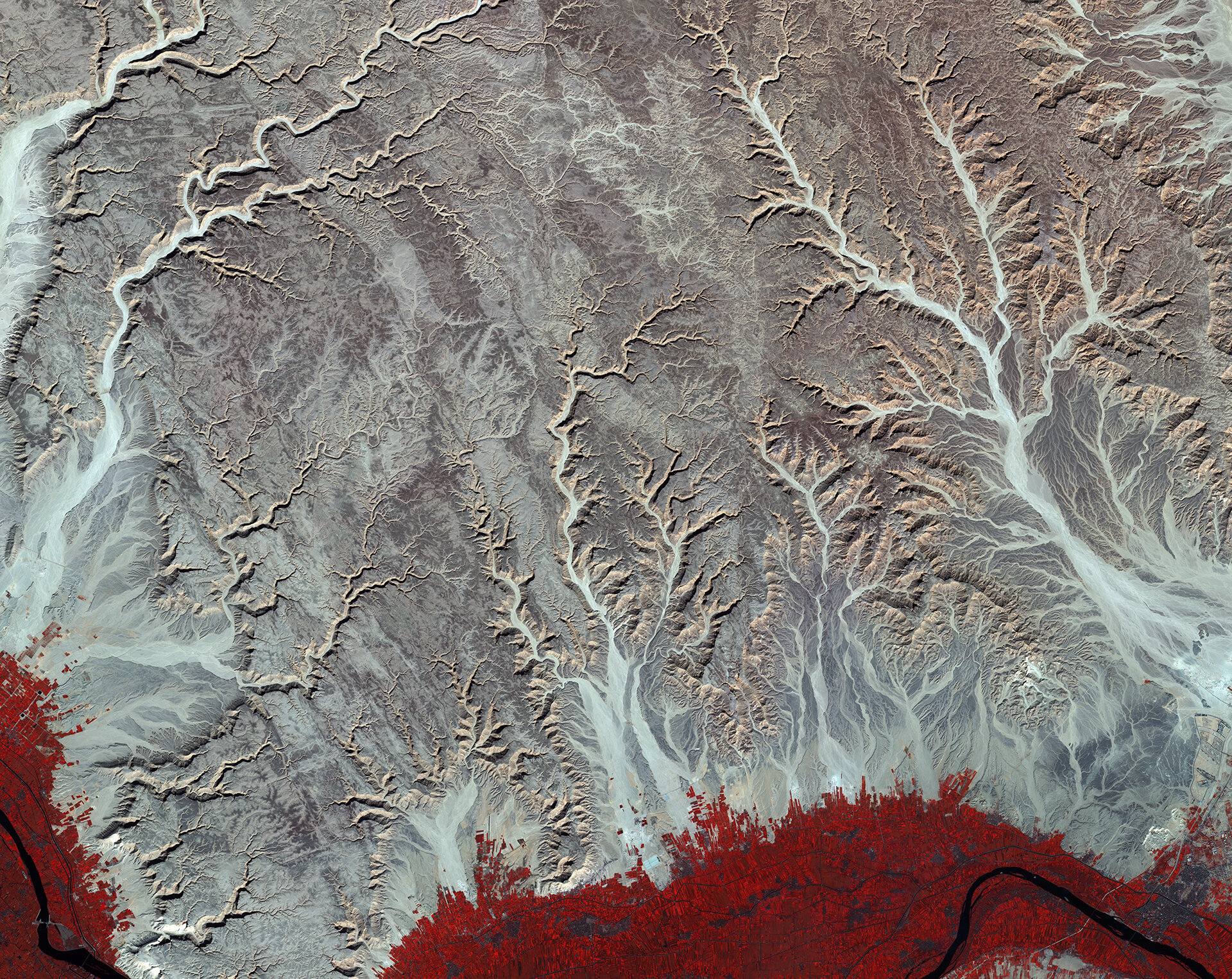 The Sentinel-2A satellite takes us over central-eastern Egypt with this image from 17 January.

Like most of Egypt’s landscape, the image is dominated by arid desert – namely the Eastern Desert between the Nile River the Red Sea. The distinctive pattern of water erosion from rivers and streams is clearly visible as they make their way towards the Nile, at which point the rolling sandy highlands drop abruptly at the Nile valley, visible along the bottom of the image.

Fields of intensive farming along the Nile appear red owing to this false-colour image being processed to include the near-infrared. The varying shades of red indicate how sensitive the multispectral instrument on Sentinel-2 is to differences in chlorophyll content, providing key information on plant health.

The Nile valley is one of the world’s most densely populated areas. The river is the primary source of water for both Egypt and Sudan’s populations, supporting life in an otherwise uninhabitable environment, as evident by the stark contrast between the colours of this image.

Zooming in along the bottom we can see clusters of black dots where cities and towns are located, in addition to the fields. In the lower right, just above the red area, there is an interesting pattern of roads from our bird’s-eye view – possibly a developing residential area.