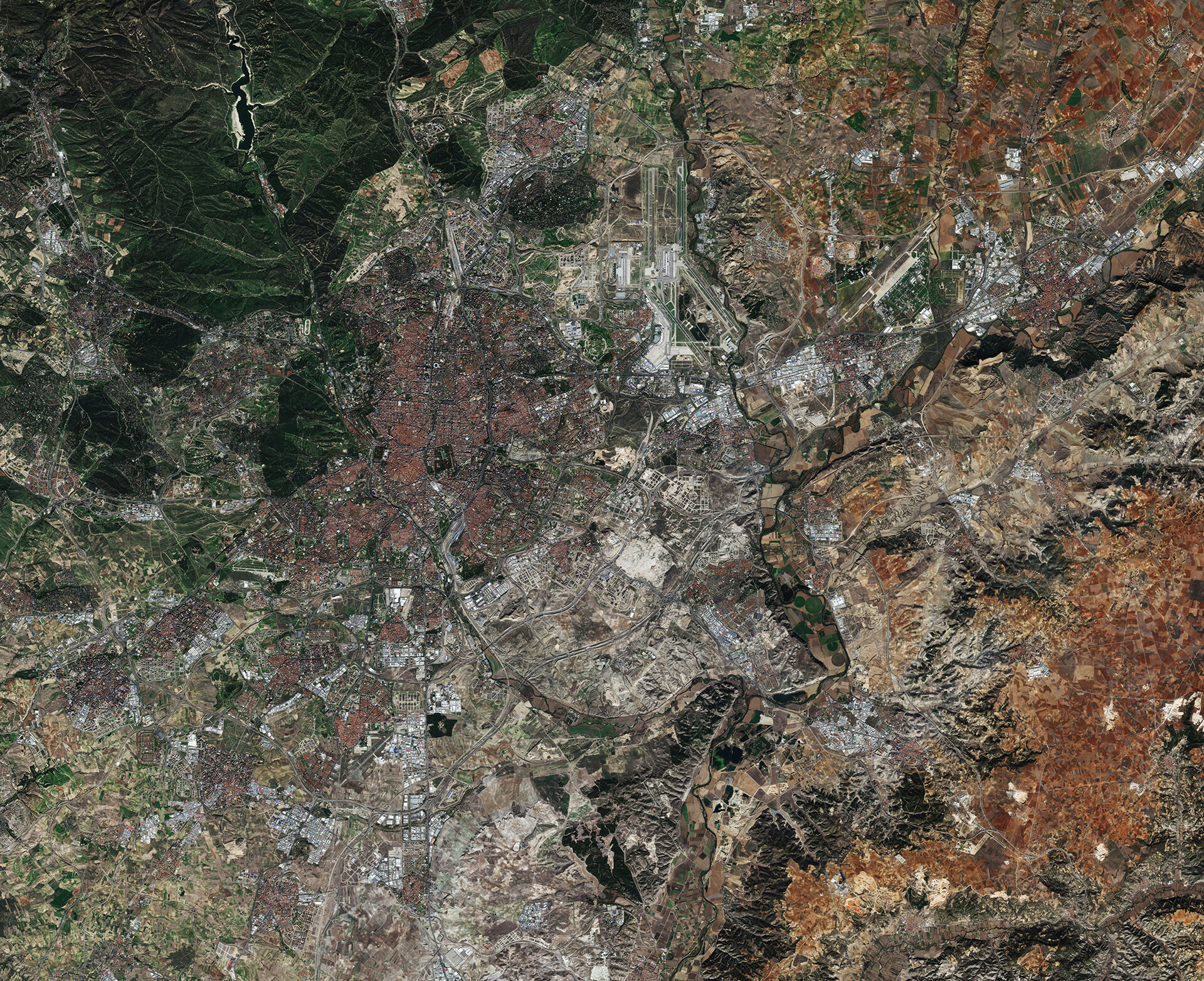 The diverse landscapes of the autonomous Community of Madrid in the heart of Spain are evident in this week’s image.

The community and country’s capital city is visible near the centre of the image. Zooming in, we can see the Buen Retiro park just east of the city centre with its large, artificial pond. About 3.5 km due north sits the Santiago Bernabéu football stadium. Southeast of the stadium we can see another circular structure: the Las Ventas bullfighting ring.

In the upper left corner of the image is the El Pardo mountain and protected natural park, which is popular for mountain biking.

The other areas surrounding Madrid are blanketed with agricultural structures. East of the city are large fields along the Jarama river, and more areas of agriculture appearing brown further east still.

This image, also featured on the Earth from Space video programme, was taken by the Sentinel-2A satellite on 16 November 2015.

Launched in June 2015, Sentinel-2 can map changes in land cover such as forest, crops, grassland, water surfaces and artificial cover like roads and buildings in cities.

Early results from the mission on mapping changes in land cover are expected to be presented at the upcoming Living Planet Symposium, held in Prague in May. The event brings together scientists and users to present their latest findings on Earth’s environment and climate derived from satellite data.