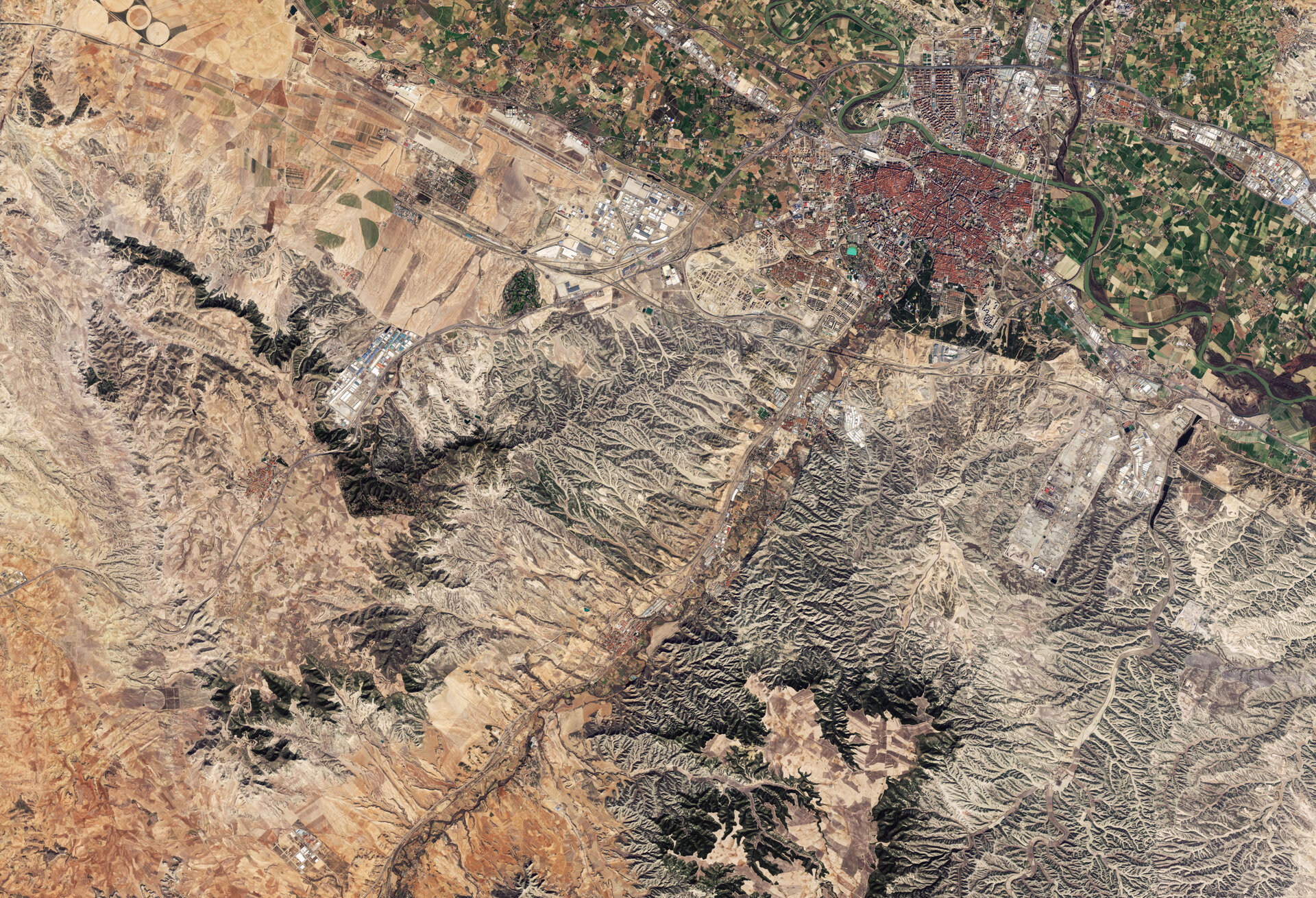 This Copernicus Sentinel-2B image features the city of Zaragoza nestling in the Ebro valley and flanked by mountains to the south.

Zaragoza is the capital of the province of Zaragoza in the region of Aragon in northeast Spain. It is home to about half of Aragon’s population, making it the fifth largest municipality in Spain.

In the top-right of the image, the Ebro River can be seen winding its way through the city. Between its source in the Cantabrian Mountains in the northwest and its delta on the Mediterranean coast, the Ebro River is fed by more than 200 tributaries as it flows across much of northern Spain. In fact, the Ebro River discharges more water into the sea than any other river in Spain.

In an otherwise arid region, the river is used to irrigate crops in the valley – fields can be seen in the top-right of the image.

To the south of the city and dominating the image, lie mountains, relatively devoid of vegetation. There are also mountains to the north that are beyond the frame of this image. These mountains, which effectively surround Zaragoza, form a barrier to moisture from the Atlantic Ocean and from the Mediterranean Sea, creating a semi-arid climate.

On average, Zaragoza only has about 350 mm of precipitation a year, compared to Paris in France, for example, which has around 650 mm of precipitation a year. In recent years, efforts – from discounts on water-saving products to new watering systems for parks – have been in helping to reduce water consumption. Efforts such as these resulted in Zaragoza’s per capita use of water dropping from 150 litres a day in 1997 to just 99 litres a day by 2012.

This image, captured on 25 February 2018, is also featured on the Earth from Space video programme.