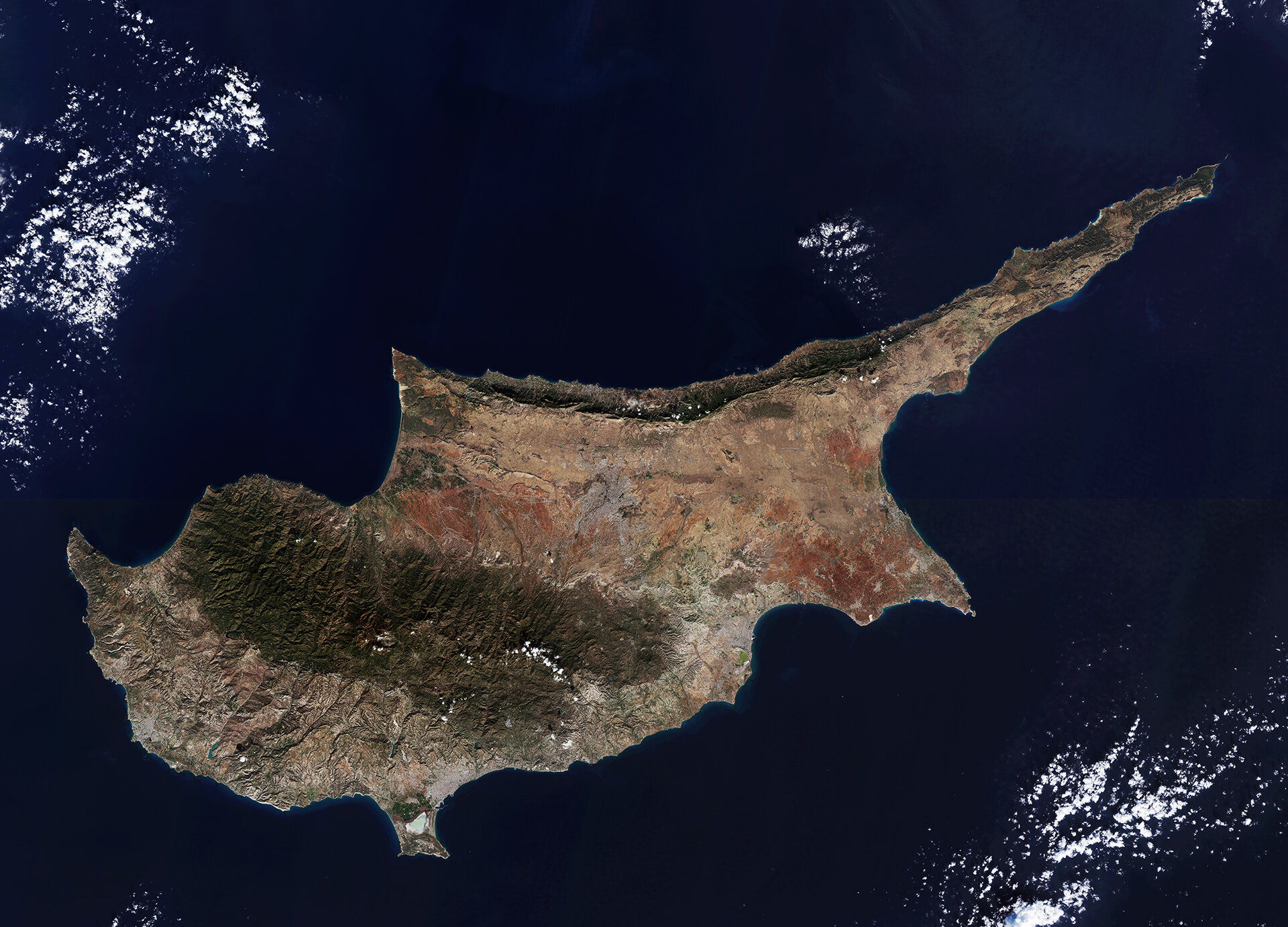 The third largest island in the Mediterranean, Cyprus is about 240 km long and 100 km wide. It is located on the Anatolian plate and therefore belongs geologically to Asia, but politically it is a member of the EU.

The Troodos mountains dominate the centre of the island and include Mount Olympus, the country’s highest mountain at 1952 m.

Along the northern coast, the smaller Kyrenia Range rises suddenly from the plains.

The capital and largest city, Nicosia, sits between the two mountain ranges. Since 1974 the island has been split between the Greek Cypriot and Turkish Cypriot populations, with the line of separation running through the city.

East of Nicosia lies the Mesaoria plain, which is the agricultural heartland of the island – but depends greatly on winter rainfall and irrigation, limiting its production. High summer temperatures further exacerbate the situation. Thousands of years ago the area was covered by thick forest, but most of this was cut down to provide wood for the Ptolemaic dynasty’s navy in the 1st century BC. Today, much of the plain is covered by hard-packed calcium carbonate.

At the southernmost area of Cyprus we can see the Limassol Salt Lake, the largest inland body of water on the island. Covering over 10 sq km, the lake is an important stopover for birds migrating between Africa and Europe, with greater flamingos spending the winter months there.

Further up the coast to the east is the seasonal Larnaca Salt Lake, which also sees flamingos.

This image – also featured on the Earth from Space video programme – comprises two scans from the Sentinel-2A satellite on the same day: 22 December 2015.