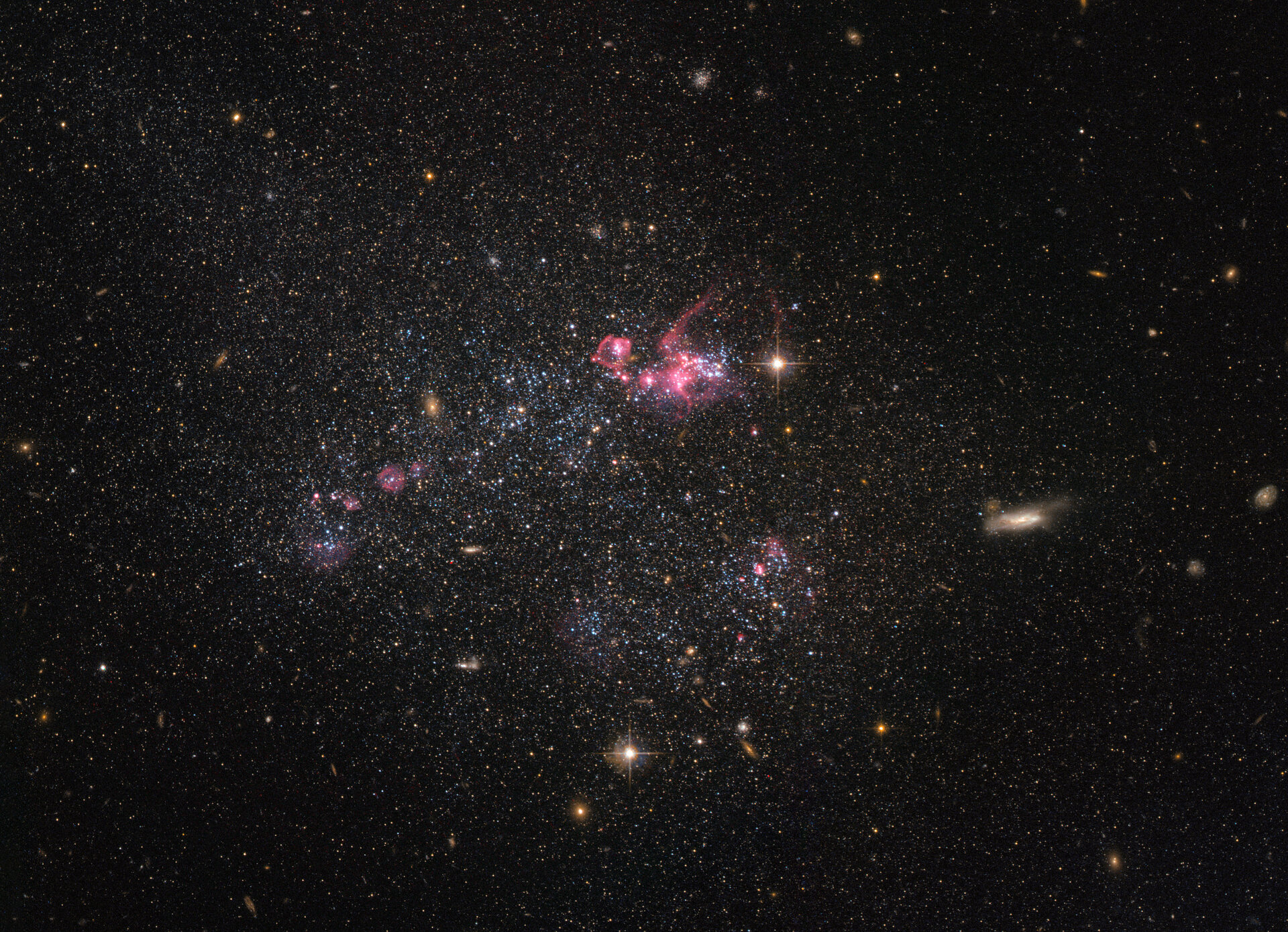 Despite being less famous than their elliptical and spiral galactic cousins, irregular dwarf galaxies, such as the one captured in this NASA/ESA Hubble Space Telescope image, are actually one of the most common types of galaxy in the Universe. Known as UGC 4459, this dwarf galaxy is located approximately 11 million light-years away in the constellation of Ursa Major (The Great Bear), a constellation that is also home to the Pinwheel Galaxy (M101), the Owl Nebula (M97), Messier 81, Messier 82 and several other galaxies all part of the M81 group.

Rich with young blue stars and older red stars, UGC 4459 has a stellar population of several billion. Though seemingly impressive, this is small when compared to the 200 to 400 billion stars in the Milky Way!

Observations with Hubble have shown that because of their low masses, star formation is very low compared to larger galaxies. Only very little of their original gas has been turned into stars. Thus, these small galaxies are interesting to study to better understand primordial environments and the star formation process.