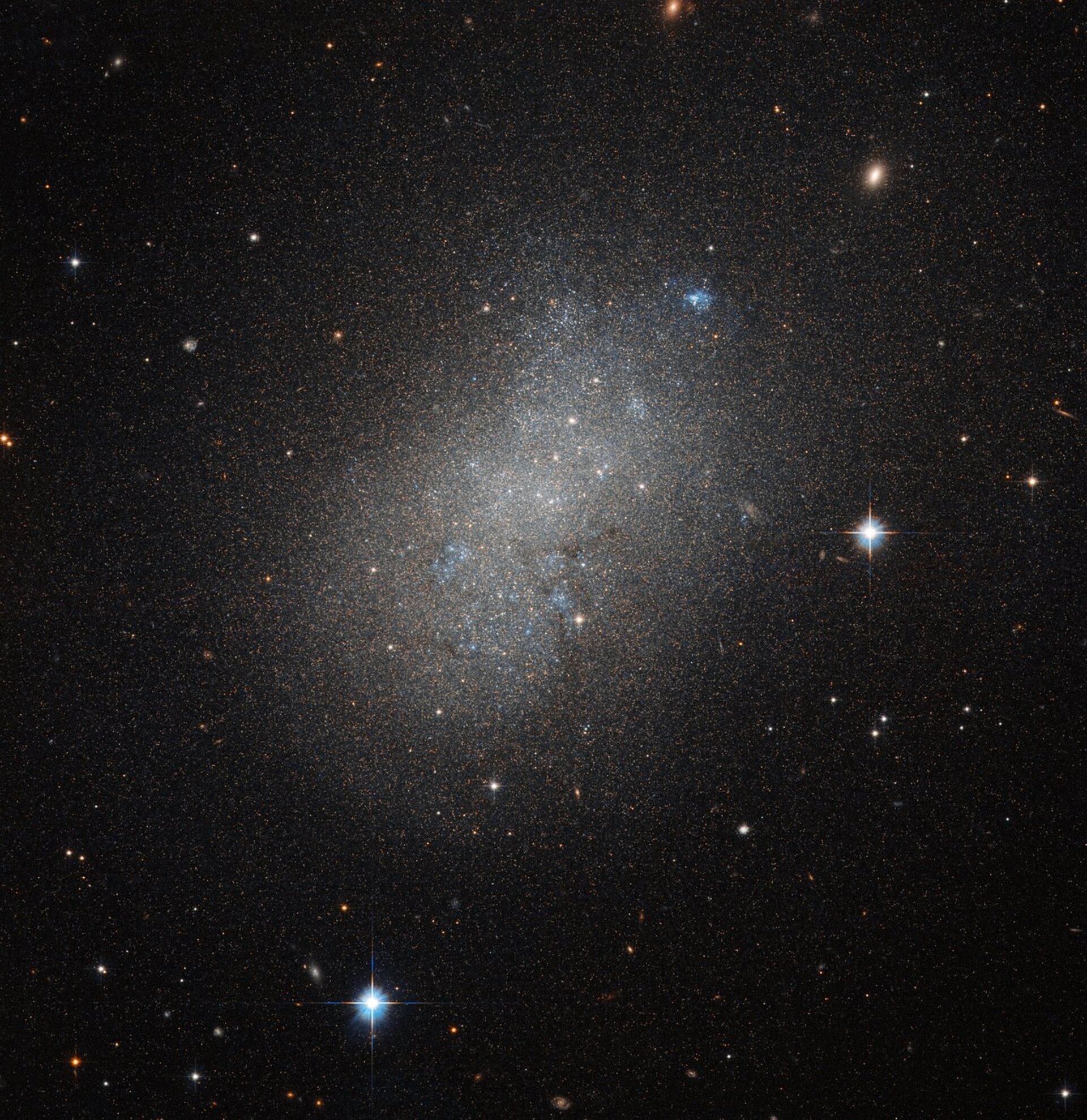 This image, courtesy of the NASA/ESA Hubble Space Telescope’s Advanced Camera for Surveys (ACS), captures the glow of distant stars within NGC 5264, a dwarf galaxy located just over 15 million light-years away in the constellation of Hydra (The Sea Serpent).

Dwarf galaxies like NGC 5264 typically possess around a billion stars — just one per cent of the number of stars found within the Milky Way. They are usually found orbiting other, larger, galaxies such as our own, and are thought to form from the material left over from the messy formation of their larger cosmic relatives.

NGC 5264 clearly possesses an irregular shape — unlike the more common spiral or elliptical galaxies — with knots of blue star formation. Astronomers believe that this is due to the gravitational interactions between NGC 5264 and other galaxies nearby. These past flirtations sparked the formation of new generations of stars, which now glow in bright shades of blue.