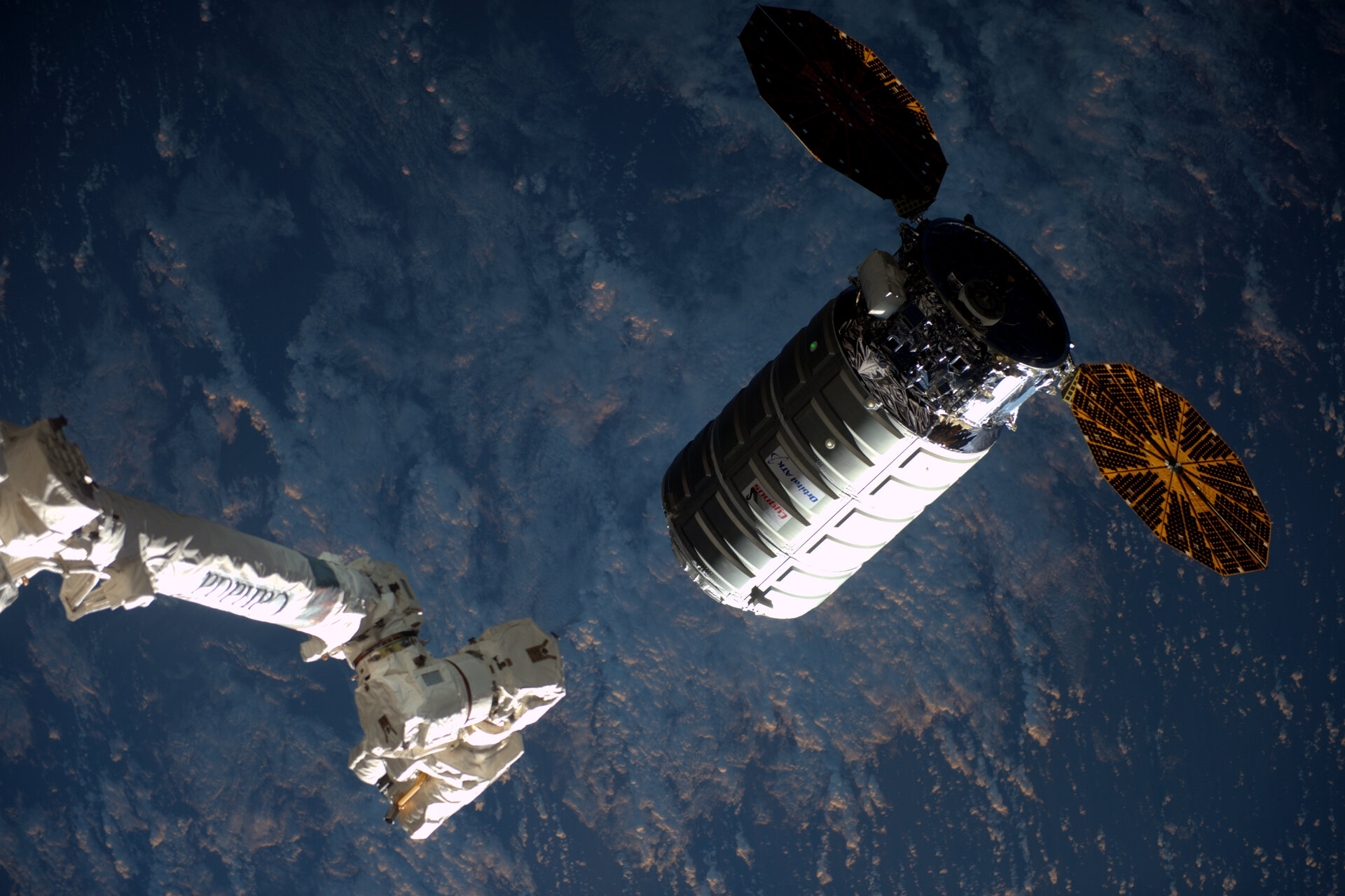 ESA astronaut Tim Peake took this image from the International Space Station during his six-month Principia mission. He commented: "View from the office this morning. Good work Tim Kopra on the capture!"

Professional photographer Max Alexander has known Tim Peake from before his launch into space and gave Tim photography tips during his mission. Max comments: "Timing is everything in this shot of the Cygnus supply spacecraft being captured by Tim Kopra using the Canadarm. This rendezvous in space is gorgeously set against the backdrop of rich colours, with obliquely lit cloud tops over the Caribbean. And the shot would have been over in a flash."