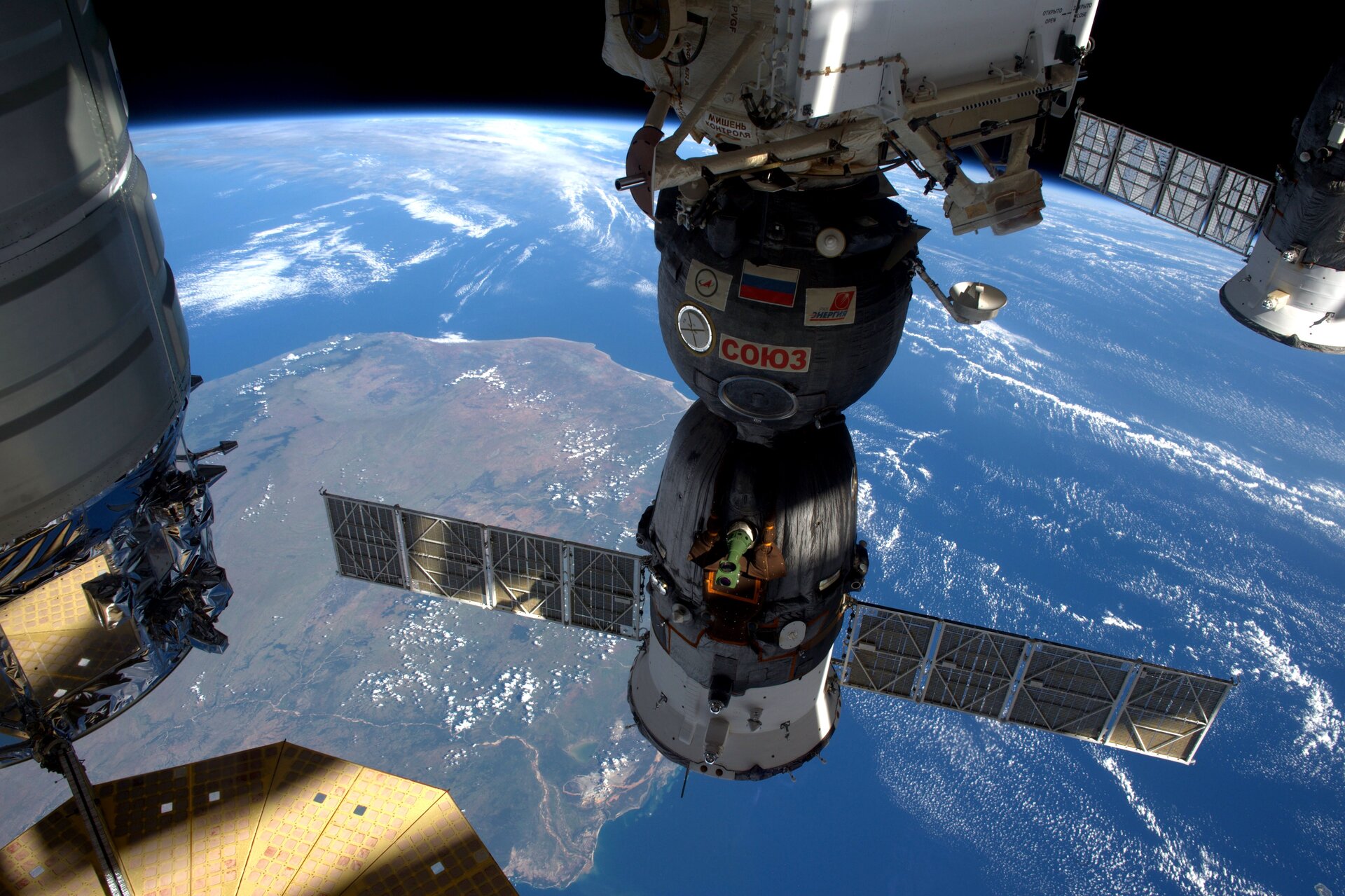 In the middle is the Soyuz TMA-19M spacecraft that bought Tim Peake, NASA astronaut Tim Kopra and commander Yuri Malenchenko to the Space Station on 15 December 2015. It docked to the Russian Rassvet module after Yuri manually approached and made contact with the International Space Station.

To the left is the Cygnus supply spacecraft. Cygnus is uncrewed and flies to the Space Station in an automated mode. The spacecraft is then grappled by the 16-m Canadarm and moved to berth with a docking port, here on the US Unity module.

The picture shows how close the spacecraft are to each other – when they arrive and leave they fly at speeds of 28 800 km/h, just like the International Space Station. The Cygnus burns up harmlessly on reentry into Earth’s atmosphere with waste materials from the Space Station. The astronauts have been busy preparing for its departure loading it with waste.