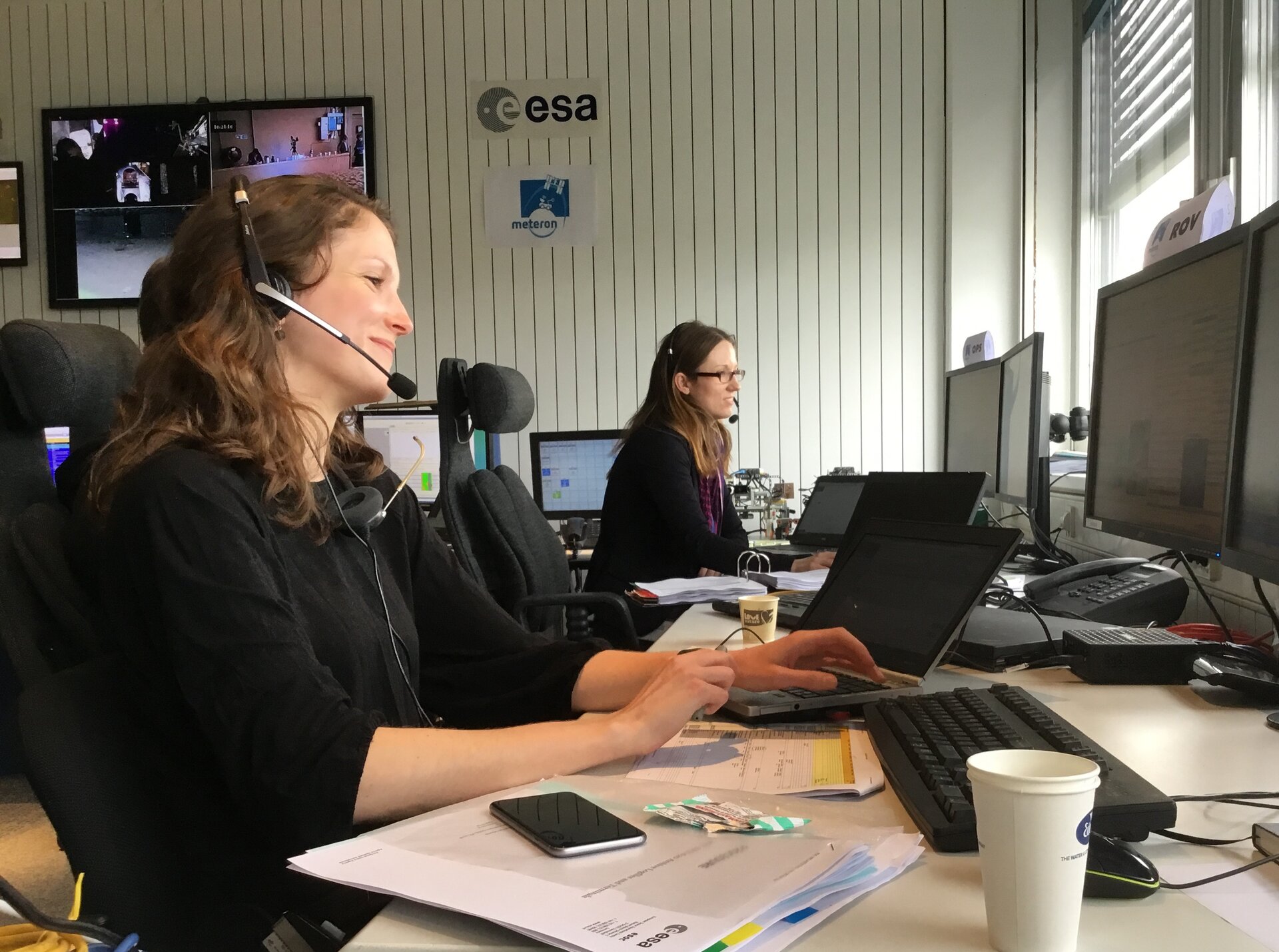 On 29 April, ESA astronaut Tim Peake on the International Space Station took control of a rover nicknamed Bridget in the UK and over two hours drove it into a simulated cave and found and identified targets despite the dark and limited feedback information.

Before and after Tim came online from the orbiting Station, control of the rover was passed several times between engineers at the Airbus D&S ‘Mars Yard’ in Stevenage, UK, Belgium’s ISS User Support Centre in Brussels and ESA’s ESOC operations centre in Darmstadt, Germany.

This complex realtime choreography was possible thanks to the ‘Internet in space’ – a network that tolerates disruptions – put in place by teams at ESOC.

This network enables remote control of rovers or other devices in the difficult environment of space, with its long distances and frequent connection blackouts inevitable with orbital motion.

“A disruption-tolerant network works along the same principles as the terrestrial Internet, and is necessary for this type of complex system,” says ESA's Paul Steele, System Operations Manager.

“We had already proven the network in previous tests, and this time we needed an astronaut to try remotely driving a rover in darkness to simulate entering a cave or the shadow of a crater. We used the geographically dispersed engineering teams to test and evaluate distributed operations and end-to-end operation methods.”

The effort was part of ESA’s Meteron (Multi-Purpose End-To-End Rover Operations Network) project, which is investigating, for example, which tasks are better done robotically and which by a human, and what data are needed to support the monitoring and control of assets such as rovers, far away on a planet or even a comet.

Its results will feed directly into plans for future exploration and the design of mission systems.

“This experiment showed we can operate rovers while orbiting another body like our Moon or a planet, and marked a significant step in our vision to send astronauts and robots together to explore the Solar System,” said Kim Nergaard, ground segment manager for Meteron.