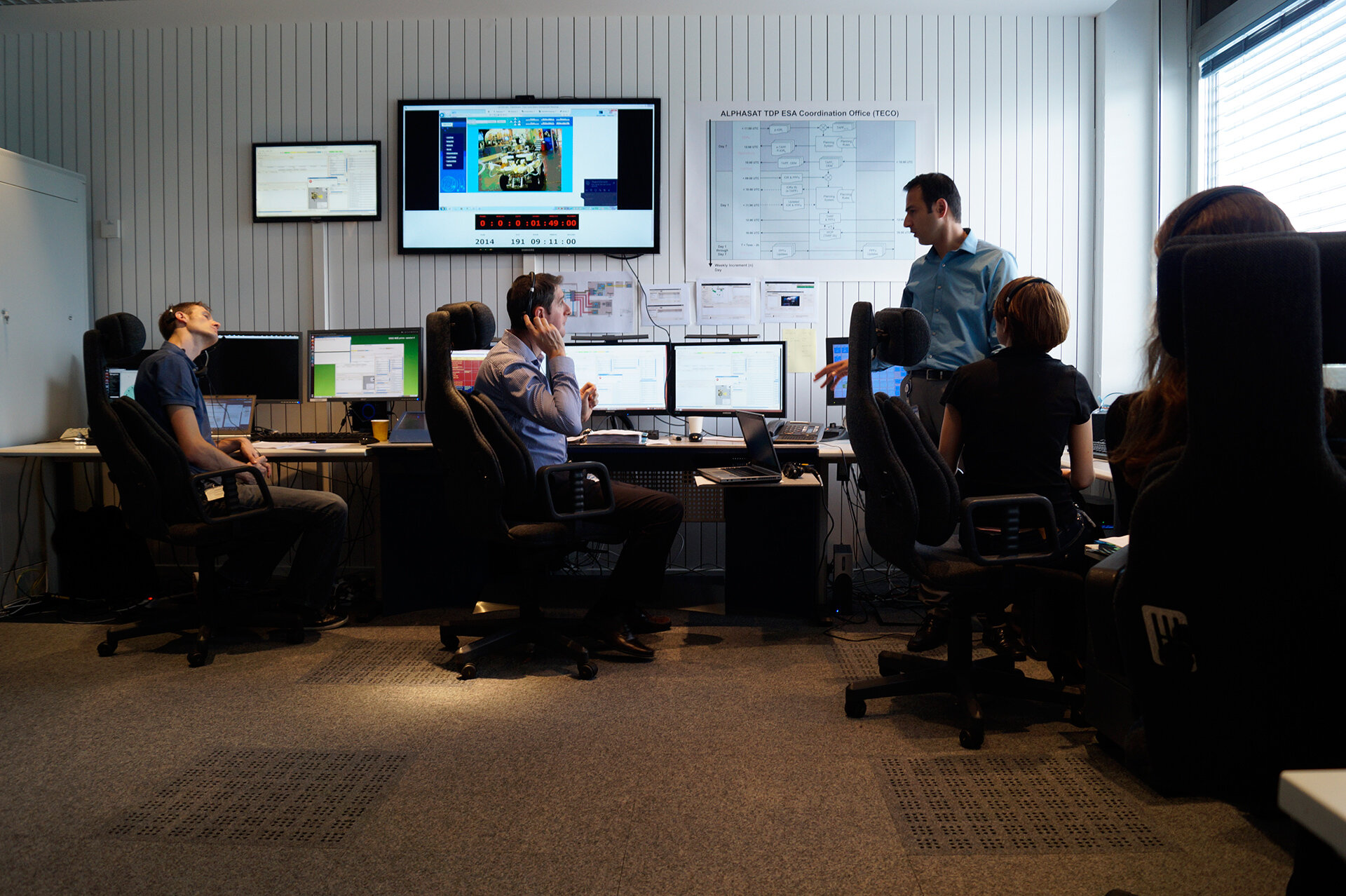 A team at ESA’s Space Operations Centre, ESOC, in Darmstadt, are seen here maintaining the link between a simulated astronaut on the International Space Station and the agency’s Eurobot rover. The rover is one of the largest of its kind – the size of a small car. The signal from the ‘astronaut’ actually comes from two separate places: ESOC and the B.USOC Belgian Space Station user operations centre.

For the real thing, an astronaut will control the rover from the Space Station. ESA astronaut Alexander Gerst already has the laptop with the commands in space ready for experiments in August.

The robot itself is in Noordwijk, the Netherlands, at ESA’s Technical Centre, ESTEC, while ground control is in ESOC. The simulation involved collaboration between three ESA sites – ESOC, ESTEC and the Columbus Control Centre in Oberpfaffenhofen, Germany – NASA and B.USOC.

The ESOC team watch the robot on a screen on the far wall, and track its movements and actions via a computer network.

The team are pictured using an operating system designed by ESA to monitor rovers of this type. They send and receive signals using a special network – also a new design – which operates securely even when a signal is lost.

Normally, when a network is interrupted the information would have to be sent again, costing time. Instead, the Disruption Tolerant Network efficiently stores information during a disruption until the signal returns to continue sending information packets at the earliest possible moment.

An ESA team is working on this very useful technology. The Meteron project is conducting a series of experiments to test new communications, robotics and operations technologies. The goal of Meteron is to validate the concepts and technologies essential to human exploration of celestial bodies.