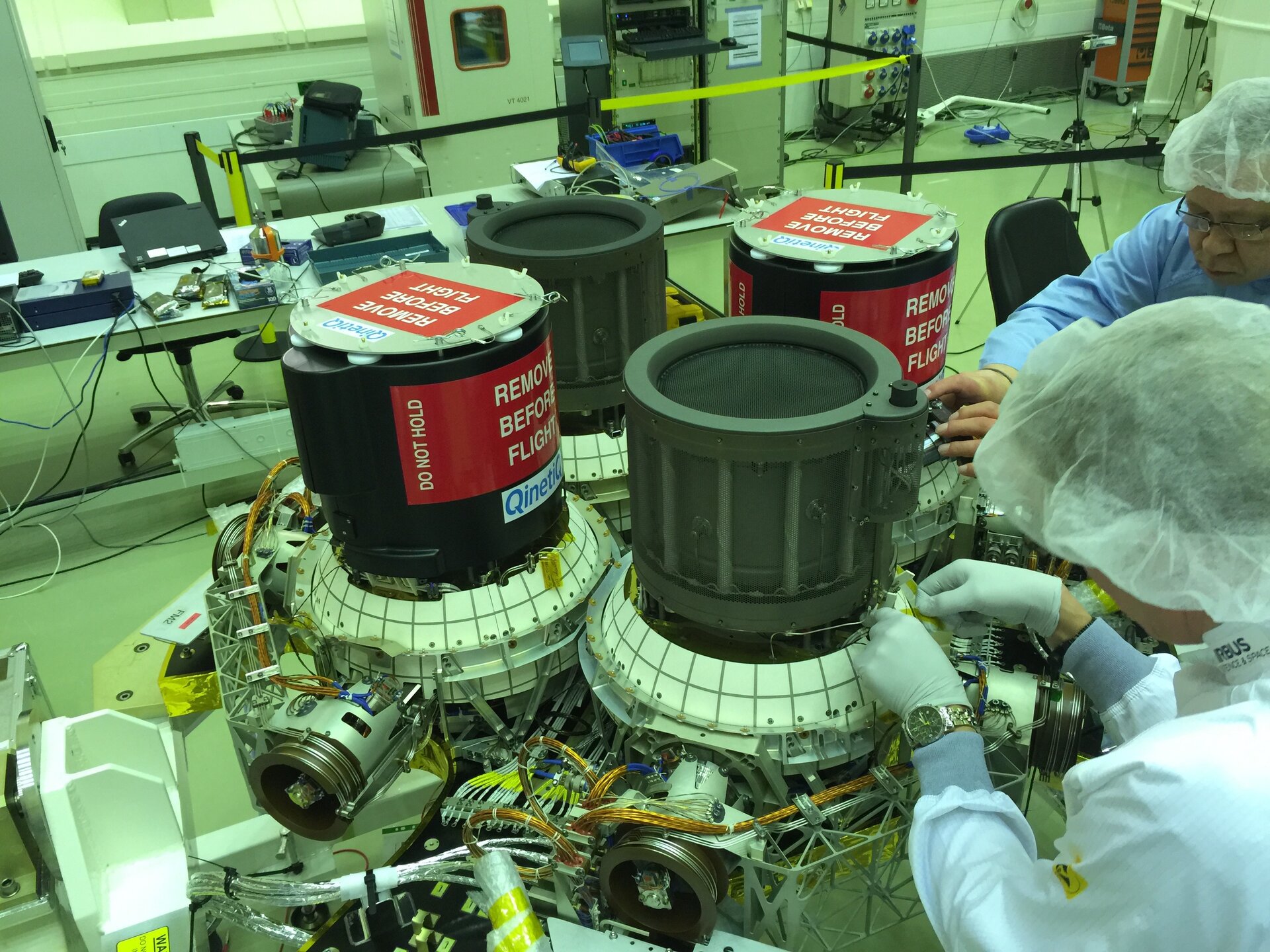 An array of four T6 thrusters – known as the Solar Electric Propulsion System –  being fitted to BepiColombo’s Mercury Transfer Module at ESA’s ESTEC Test Centre during April 2016. The MTM is a dedicated transport spacecraft that will carry Europe’s Mercury Planetary Orbiter and Japan’s Mercury Magnetospheric Orbiter together to the innermost planet from the Sun over the course of a 6.5-year cruise phase. The highly efficient T6 was designed for ESA by QinetiQ in the UK, whose expertise in electric propulsion stretches back to the 1960s.