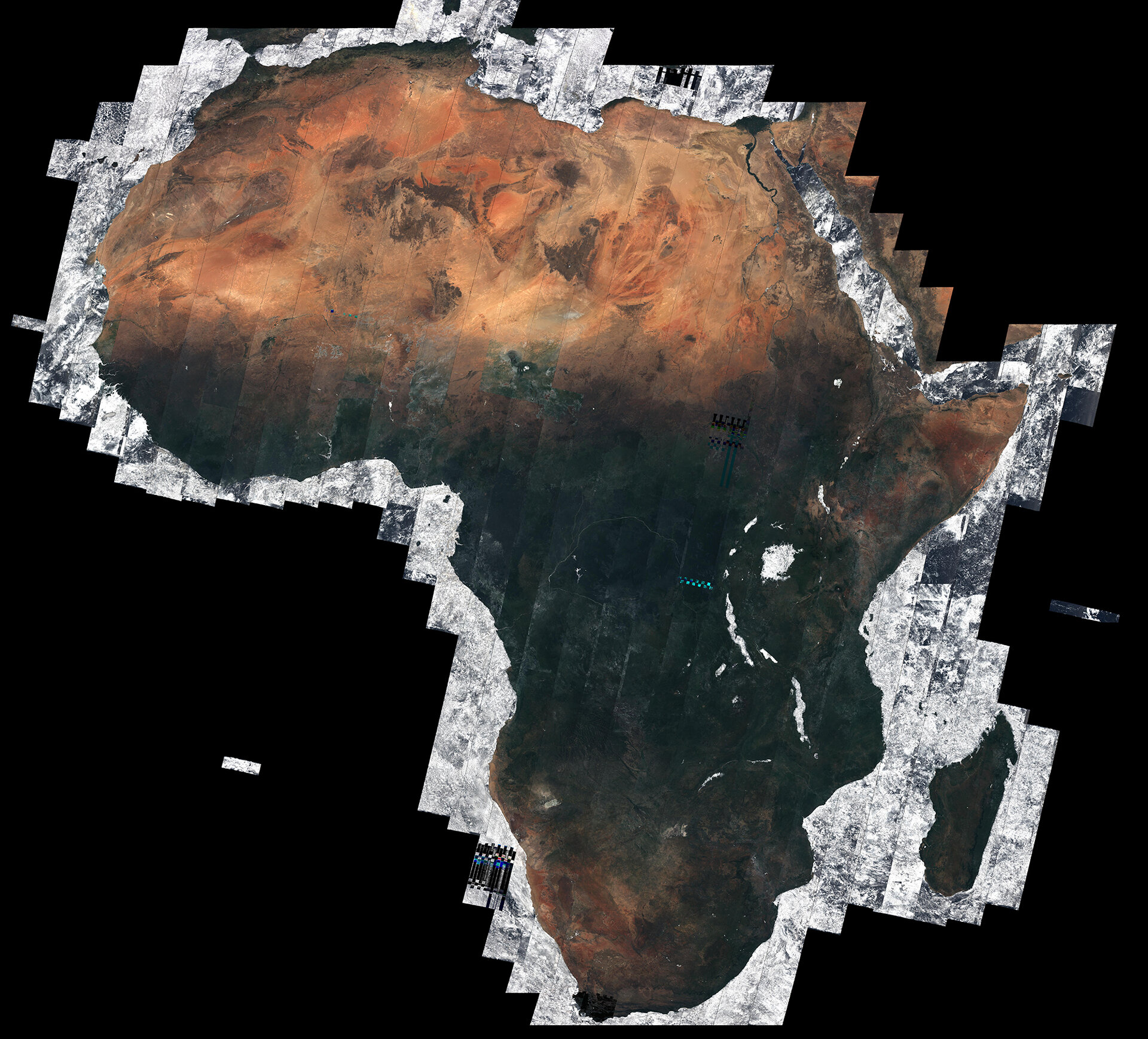 Using almost 7000 images captured by the Sentinel-2A satellite, this mosaic offers a cloud-free view of the African continent – about 20% of the total land area in the world. The majority of these separate images were taken between December 2015 and April 2016, totalling 32 TB of data. Thanks to Sentinel-2A’s 290 km-wide swath and 10-day revisit at the equator, the chance of imaging Earth’s surface when the skies are clear is relatively high. Nevertheless, being able to capture the Tropics cloud-free over the five months is remarkable.

Launched in June 2015, Sentinel-2A carries a novel multispectral imager to provide information that is not only used to map changes in land cover, but is also used to improve agricultural practices, to monitor the world’s forests and to detect pollution in lakes and coastal waters.

Sentinel-2A’s identical twin, Sentinel-2B, is due to be launched in 2017. As a constellation, the two satellites will orbit 180° apart. Along with their wide swaths, this will allow Earth’s main land surfaces, large islands, as well as inland and coastal waters to be covered every five days. This will further improve the probability of gaining a cloud-free look at a particular location.