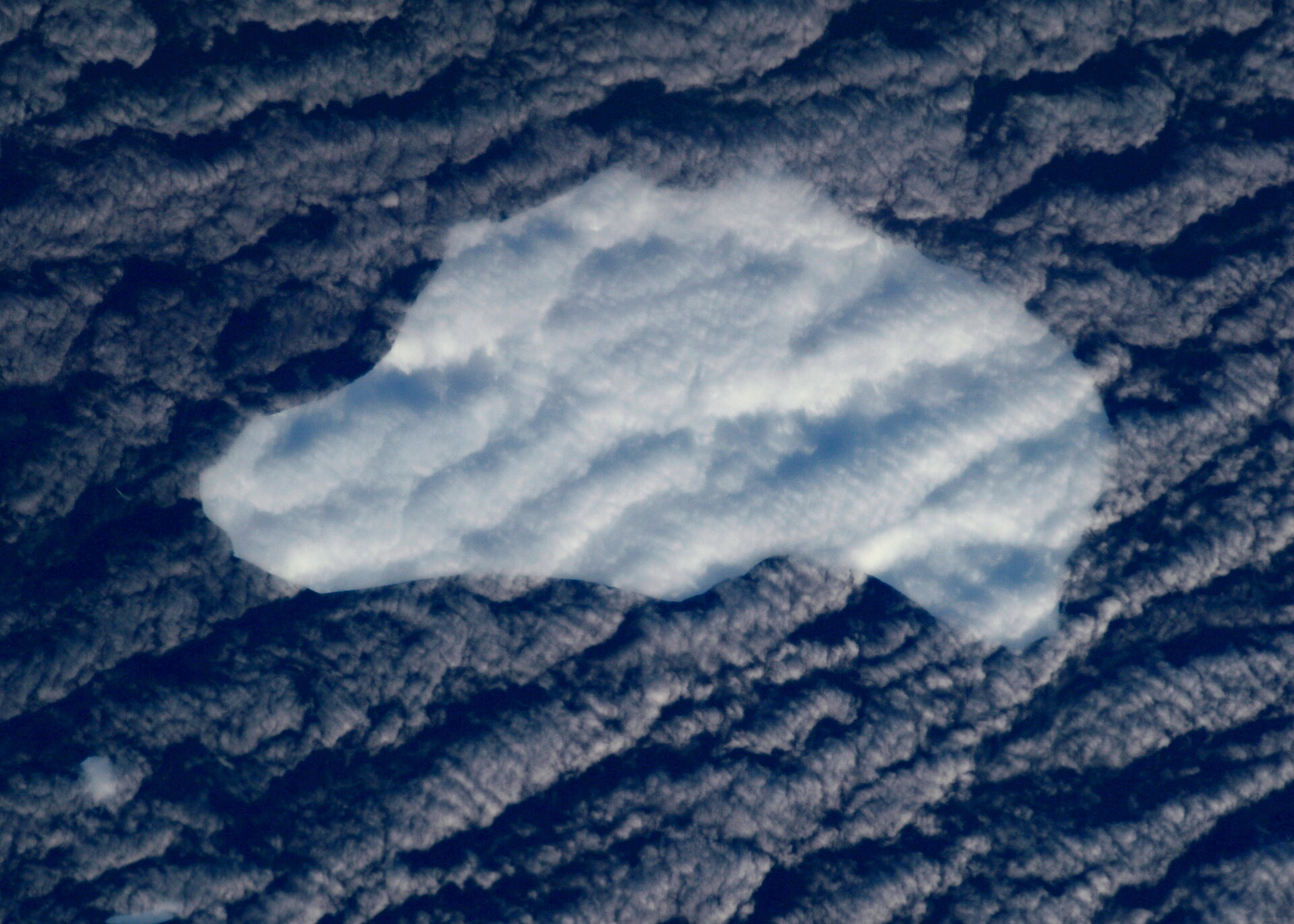 ESA astronaut Tim Peake saw this iceberg from the International Space Station 400 km above Earth on 2 June 2016 during his six-month Principia mission. It is the same iceberg – called A56 – that he had photographed previously on 27 March.

Tim commented: “What are the odds – just passing the Cupola and spotted the same iceberg from over two months ago :)”

Iceberg A56 is almost 30 km long and likely extends as much as 250 m below the ocean surface.

Carried by the Antarctic Circumpolar Current and westerly winds, A56 is drifting about 25 km a day. Since Tim’s last viewing A56 has travelled to the east into the South Atlantic Ocean.

Satellites, including Eumetsat’s MetOp and the Copernicus Sentinel-1, are used to track icebergs so that ships can be warned of their position.

The International Space Station’s orbit offers no clear view of Antarctica and pictures of  large icebergs taken by an astronaut is a rare occurrence at these latitudes.