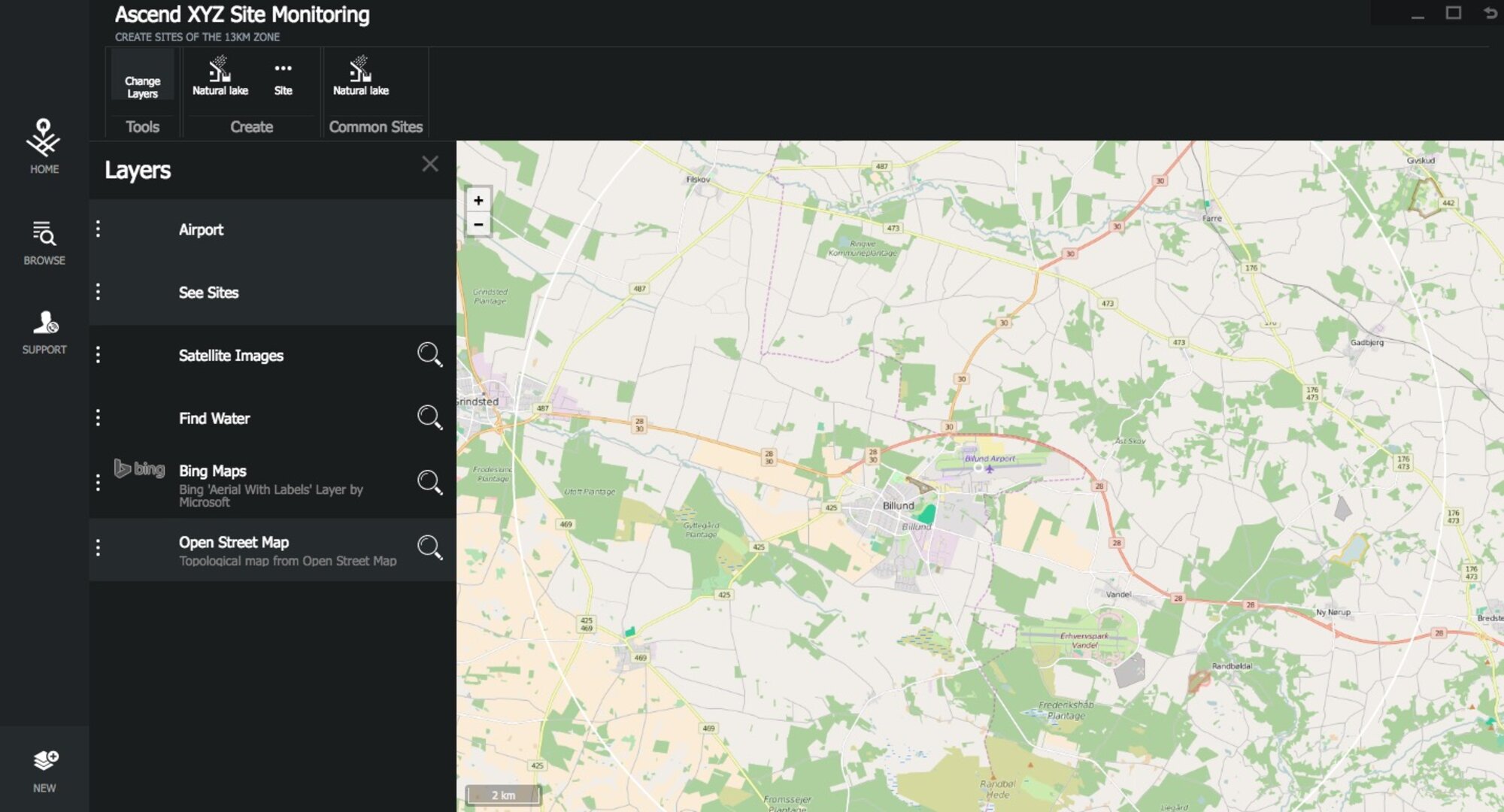 Potential wildlife habitats can be marked on maps within the Ascend Wildlife Management Solution. Field personnel can visit these areas guided by satellite navigation data from Ascend.