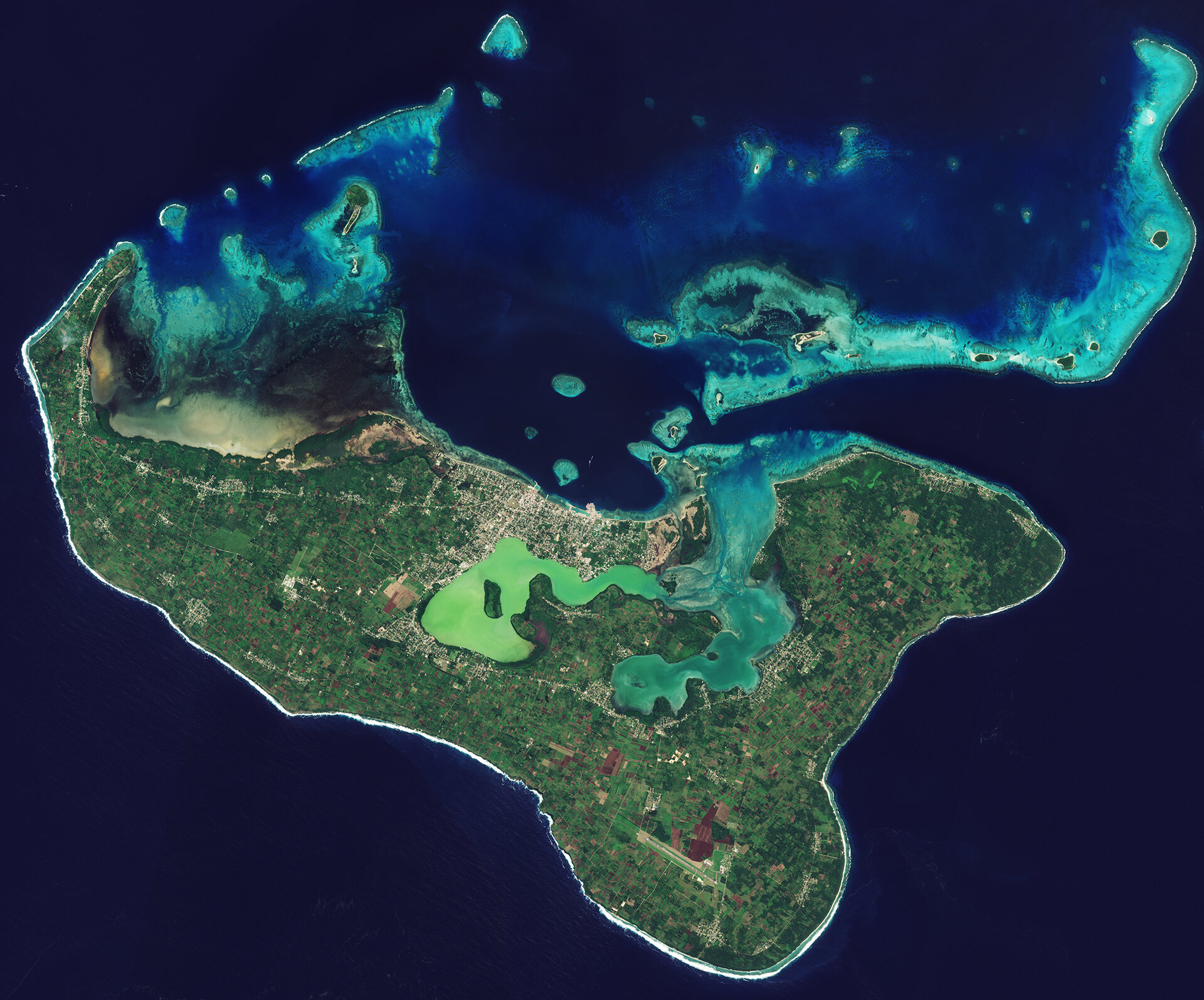 The island of Tongatapu and the nearby smaller islands – all part of the Kingdom of Tonga archipelago in the southern Pacific Ocean – are pictured in this Sentinel-2A image from 23 May.

Tonga’s population is spread across 36 of Tonga’s 169 islands, but about 70% live on this main island. The capital, Nukuʻalofa, sits on the island’s north coast and along the Fanga’uta Lagoon. The lagoon’s mangroves provide an important breeding ground for fish and birds.

Built on limestone, the island has fertile soil of volcanic ash from neighbouring volcanoes, and we can see how agricultural structures cover most of the island. Crops include root crops such as sweet potato and cassava, as well as coconuts, bananas and coffee beans.

North of the island we can see many coral reefs. Although not part of its original mission objectives, scientists are experimenting with Sentinel-2 to monitor corals and detect coral bleaching – a consequence of higher water temperatures.

Bleaching happens when algae living in the corals’ tissues, which capture the Sun’s energy and are essential to coral survival, are expelled owing to the higher temperature.

The whitening coral may die, with subsequent effects on the reef ecosystem, and thus fisheries, regional tourism and coastal protection.

The recent El Niño weather phenomenon has caused increased bleaching across the world’s corals, and scientists are finding Sentinel-2’s coverage helpful in monitoring this at reef-wide scales.