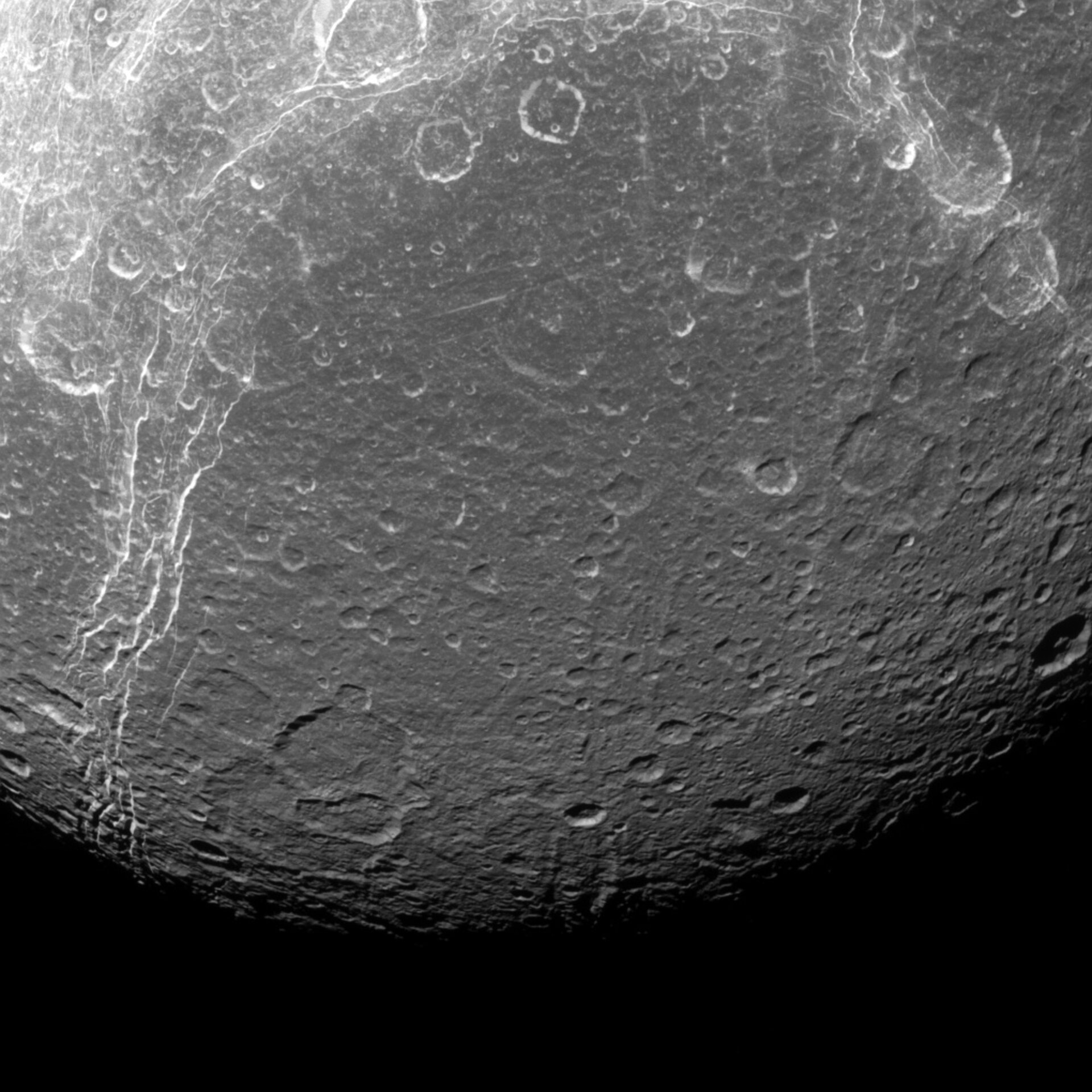 Saturn's fourth largest moon, Dione, reveals its past via contrasts in this view from NASA's Cassini spacecraft. The features visible here are a mixture of tectonics - the bright, linear features - and impact cratering - the round features, which are spread across the entire surface.

Tectonic features tell the story of how Dione (1123 km across) has been heated and cooled since its formation, and scientists use those clues to piece together the moon's past. Impact craters are evidence of external debris striking the surface, and thus they tell about the environment in which the moon has existed over its history.

This view looks toward the trailing hemisphere of Dione. North on Dione is up. The image was taken in visible light with the Cassini narrow-angle camera on 11 April 2015. Image scale is 660 m per pixel.

The Cassini Solstice Mission is a joint United States and European endeavor. The Jet Propulsion Laboratory, a division of the California Institute of Technology in Pasadena, manages the mission for NASA's Science Mission Directorate, Washington, D.C. The Cassini orbiter was designed, developed and assembled at JPL. The imaging team consists of scientists from the US, England, France, and Germany. The imaging operations center and team lead (Dr. C. Porco) are based at the Space
Science Institute in Boulder, Colo.