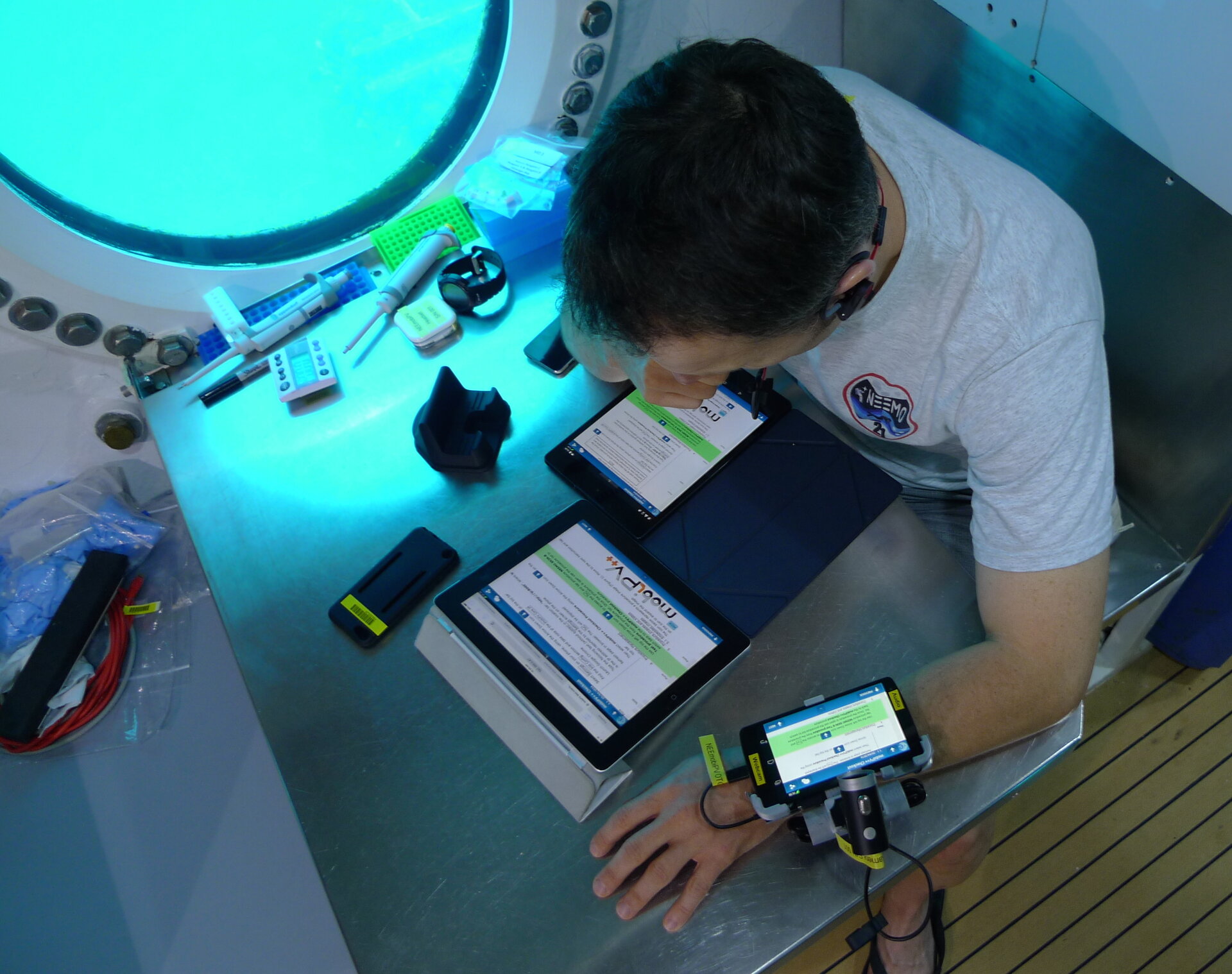 ESA has developed a system that improves on the basic step-by-step procedures used on the International Space Station that are displayed on a computer. The current system requires constant floating back and forth from the computer to the workplace to check the next step, and mission control cannot easily follow progress.

The mobile procedure viewer or ‘mobiPV’ is a wearable system that displays each step in a task, synchronises between the astronaut, ground control and third parties, automatically logs steps and communication and allows for video conferencing, note-taking and text chat.

In this image, ESA’s Matthias Maurer is testing the system during a simulated space mission 20 m underwater off the coast of Florida, USA, during NASA’s Extreme Environment Mission Operations (NEEMO).

The main part of the equipment is the smartphone and camera on a 3D-printed wrist-band. mobiPV can display the procedure on a separate tablet to see more information. Here Matthias has connected a third device for testing – all three screens are synchronised.

Versions of mobiPV have been tested during NEEMO before and even in space during ESA astronaut Andreas Mogensen’s ‘iriss’ mission last year. This version, branded mobiPV++, uses a redesigned system and tests the device without a head-mounted display.

The NEEMO crew used mobiPV to run a new way of sampling water that shows promise for use on the International Space Station, called Aquapad. The procedure was displayed on the tablet with ground control following from the coast and the mobiPV team watching from ESTEC, ESA’s technical heart in the Netherlands. The astronauts and NEEMO crew were very positive with the results.

The mobiPV team is continuing to refine the system and hope to have a second test on the International Space Station with ESA astronaut Thomas Pesquet during his six-month Proxima mission starting later this year.