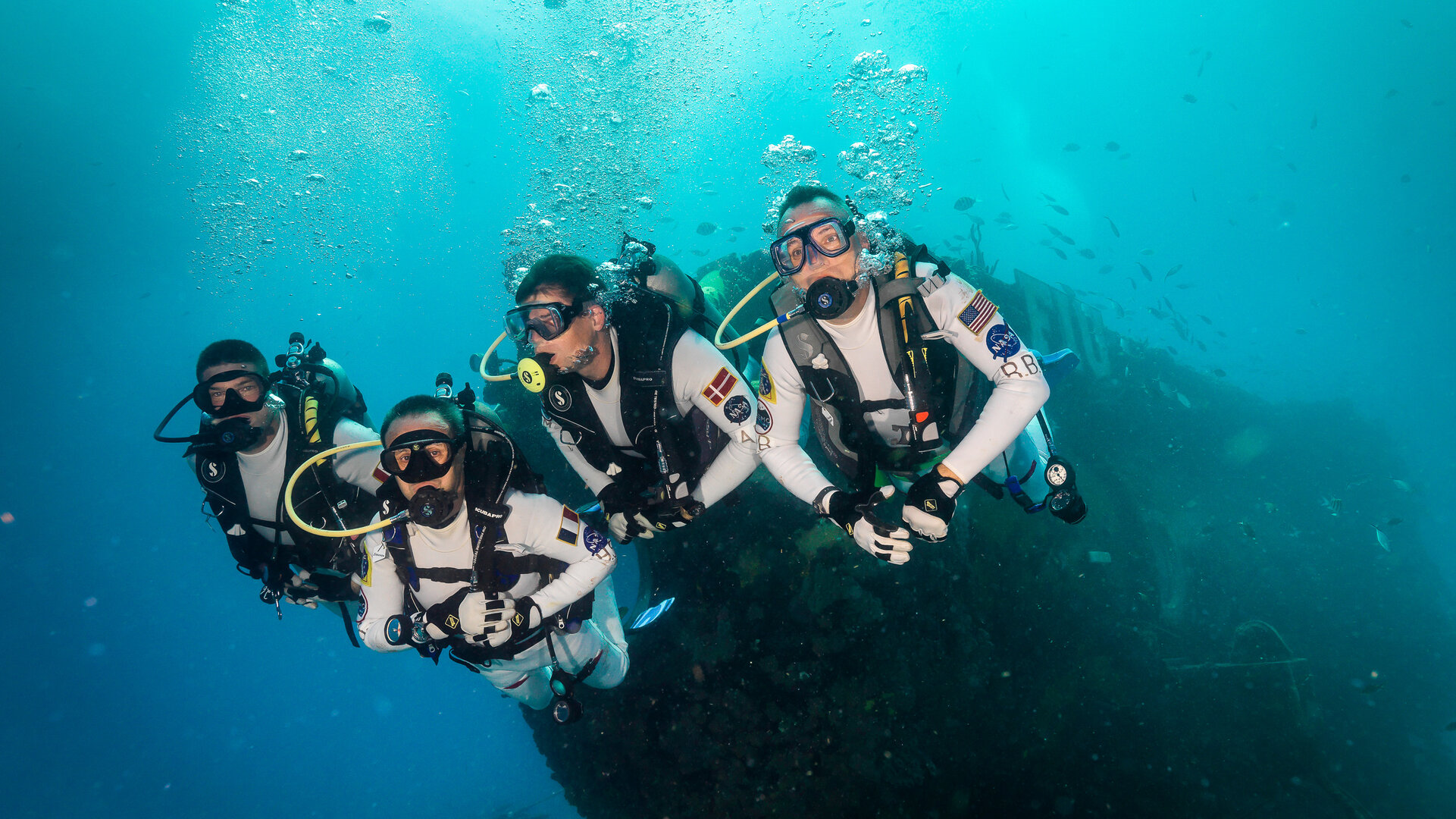 ESA astronaut Andreas Mogensen is looking forward to flying to the International Space Station next year but until yesterday he was underwater trying out a handy new device he will use in space.

NASA’s underwater training missions are held off the coast of Florida and send astronauts 20 m below the sea to live in a makeshift space base where they conduct regular ‘waterwalks’ in scuba gear.

As well as training astronauts, the Aquarius habitat is well suited for putting new space devices through their paces.

A wearable ‘mobile procedure viewer’ prototype – mobiPV – gives astronauts access to hands-free instructions with audio and video that only they hear and see..

“mobiPV is based on commercial devices: Google Glass, a smartphone and a tablet,” explained ESA’s Mikael Wolff.

“ESA provided the software that runs it, aiming for extremely high reliability. The main objective has been to evaluate how mobiPV can improve task performance for astronauts by eliminating the need to break off to consult instructions.”

mobiPV is also intended to increase the help that ground teams can give to an astronaut in real time.

“A ground controller will don a ground version of mobiPV linked to the one aboard the International Space Station, seeing exactly what the astronaut sees,” added Mikael.

Lead engineer David Martinez Oliveira explains: “The aim is to enable collaboration with the ground team as though they are looking over the astronaut’s shoulder, allowing work to be supported step by step by experts in ground control.”

For realistic testing during NEEMO, the crew were asked to run the hands-on Skin-B human physiology experiment assessing the changing state of their skin. Skin-B is also being used by astronauts on the Space Station.

In NEEMO’s control centre, an ESA expert followed the work in progress, including watching the point-of-view video generated by the Google Glass camera.

Whenever assistance was requested, the expert could take control of the viewer to guide the work remotely. Videos and stills could also be transmitted directly to the smartphone down in Aquarius.

The aquanauts evaluated the demonstration through a questionnaire, intended to improve mobiPV ahead of a version intended for the Station, which will also be tested by Andreas from orbit this time next year.

Relive the NEEMO mission and see the system in action with Andreas’ daily video diaries of his time underwater.