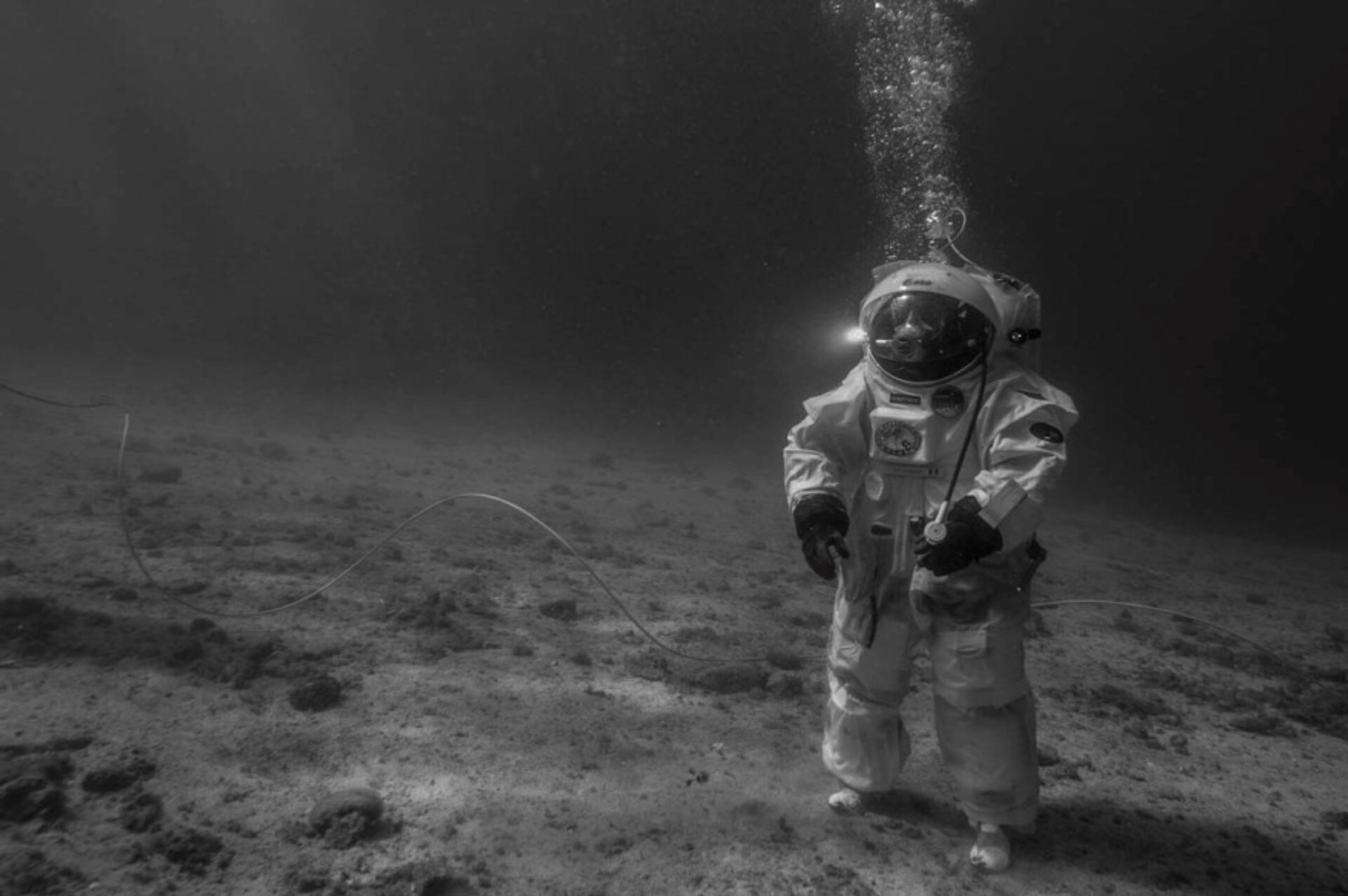 ESA astronaut Jean-François Clervoy and ESA astronaut instructor Hervé Stevenin slipped into the roles of Neil Armstrong and Buzz Aldrin last week for an underwater simulation of the historic mission to the Moon.

Training astronauts underwater is an effective way of getting used to the sensations of working in weightlessness for long periods.

Last week the underwater training concept was extended by French deep-diving specialists Comex to simulate gravity on the Moon. Lunar gravity can be simulated by adjusting the astronaut’s buoyancy – our Moon has a sixth of the gravity we feel on Earth.

The Apollo 11 Under The Sea mission repeated Armstrong and Aldrin’s efforts on the Moon 44 years ago – underwater.

Initial tests were performed in one of Comex’s pools in Marseille, France before the two moonwalk simulations in the Mediterranean Sea off Marseille on 4 September.

Jean-François and Hervé wore a Comex-designed Gandolfi spacewalk training suit based on the Russian Orlan spacesuit.

During the mission, several soil samples were collected by the aquanauts with similar tools used on the Moon by the Apollo 11 crew.

Jean-Francois is an experienced astronaut who has flown on three space missions on the Space Shuttle, including travelling to Russia’s Mir space station and repairing the Hubble space telescope.

Their expertise offered valuable feedback for the engineers, operators, test conductors and support divers on the simulation programme.

Hervé, spacewalk training lead at the European Astronaut Centre in Germany, is an experienced instructor for ESA astronauts and was trained by NASA on their spacesuit in Houston as well as by the Russians at the Gagarin Cosmonaut Training Centre on the Orlan spacesuit.

“The Gandolfi suit is bulky, has limited motion freedom, and requires some physical effort – just like actual space suits. I really felt like I was working and walking on the Moon,” said Jean-François.

Hervé added, “This suit could be adapted to improve ESA’s training at the European Astronaut Centre. Comex’s underwater training ground is also an amazing environment to simulate the Moon or even Mars. I really felt out of this world – only the colour of the water reminded me that I was on Earth.”

This underwater test was a first step towards developing European expertise in spacewalk simulations under partial gravity for exploring the Moon, asteroids and Mars.

Among the observers was Didier Schmitt, a scientific expert from the European Commission, who watched from mission control on the Comex research vessel Minibex, floating above.

Further development for planetary surface simulations in Europe will be co-financed by the EU as part of the Moonwalk project.