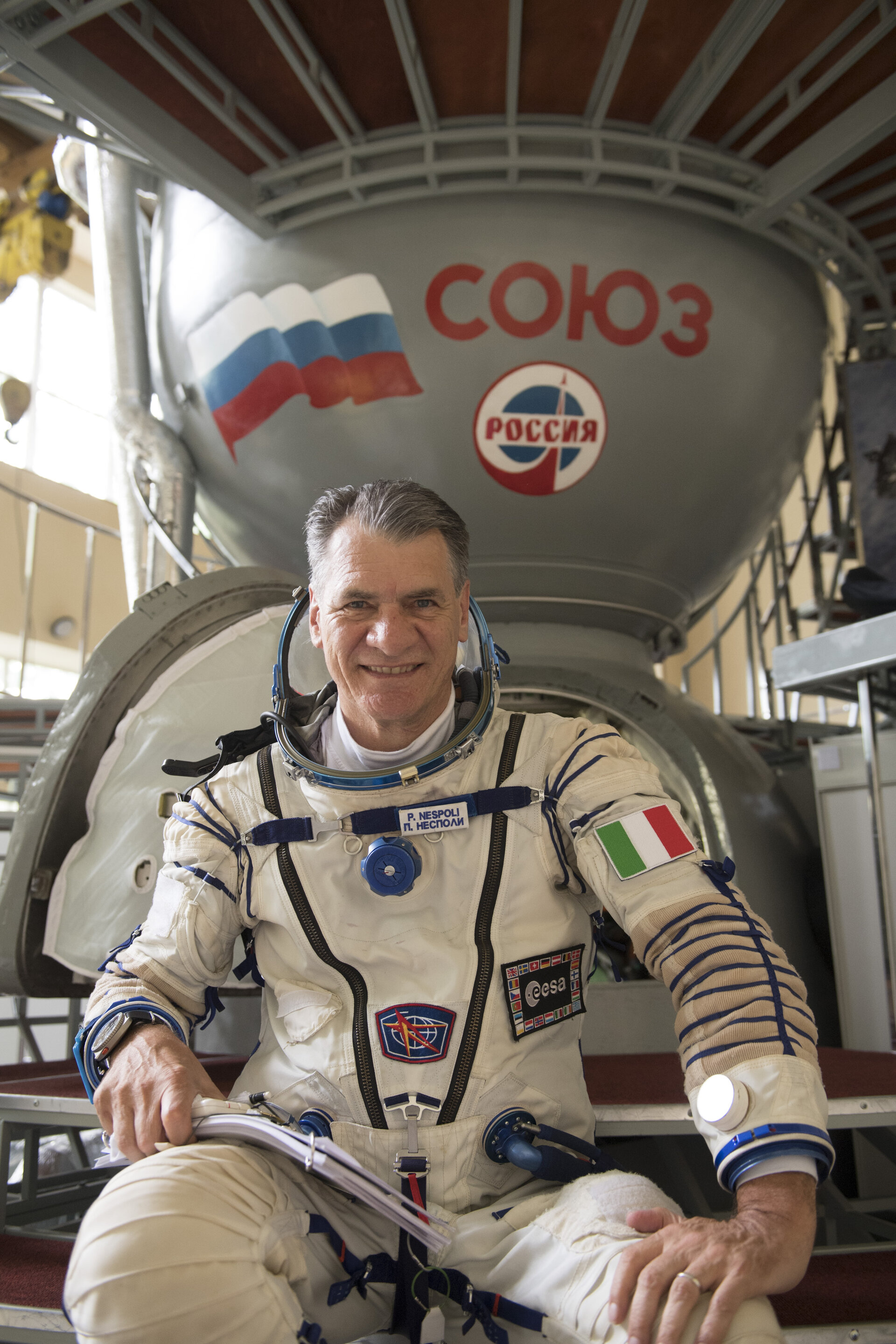 Paolo received a Bachelor of Science in Aerospace Engineering in 1988 and a Master of Science in Aeronautics and Astronautics in 1989 from the Polytechnic University of New York. He was awarded the Laurea in Ingegneria Meccanica by the Università degli Studi di Firenze, Italy, in 1990.

Paolo was drafted by the Italian army in 1977 and became a non-commissioned officer working as a parachute instructor at the Scuola Militare di Paracadutismo of Pisa. In 1980 he joined the 9° Btg d’Assalto “Col Moschin” of Livorno, where he became a Special Forces operator. From 1982 to 1984, he was assigned to the Italian contingent of the Multinational Peacekeeping Force in Beirut, Lebanon. Following his return to Italy he was appointed an officer and continued working as a Special Forces operator.

Paolo resumed his university studies in 1985. He left active army duty in 1987. Upon completing his MSc in 1989, he returned to Italy to work as a design engineer for Proel Tecnologie in Florence, where he conducted mechanical analysis and supported the qualification of the flight units of the Electron Gun Assembly, one of the main parts of the Italian space agency’s Tethered Satellite System.

In 1995, he worked on the EuroMir project at ESA’s ESTEC establishment in Noordwijk, the Netherlands, where he was responsible for the team that prepared, integrated and supported the Payload and Crew Support Computer used on Russia’s Mir space station.

In 1996, Paolo went to NASA’s Johnson Space Center in Houston, USA, where he worked in the Spaceflight Training Division on training crew for the International Space Station.

In August 1998, he relocated to NASA’s Johnson Space Center in Houston, Texas, and was assigned to the 17th NASA astronaut class. In 2000 he qualified for a mission on the US Space Shuttle and to fly on the International Space Station. In July 2001, he completed the Space Shuttle robotics arm course and, in September 2003, completed advanced skills training for spacewalks.

In August 2004, he was assigned to the Gagarin Cosmonaut Training Centre in Star City, near Moscow, Russia, where he followed the initial training for the Soyuz spacecraft.

Paolo returned to NASA’s astronaut office in Houston, where he maintained his qualifications and attended further courses. He also carried out technical duties for NASA, ESA and ASI.

In July 2015 Paolo was assigned a third spaceflight as part of Expeditions 52 and 53 to the International Space Station.

In 2018 he retired as an active European Space Agency astronaut.

From 23 October to 7 November 2007, Paolo flew as a Mission Specialist on Space Shuttle Discovery for the STS-120 flight to the International Space Station. This mission delivered and installed Node-2, a major building block essential for further expansion of the Station. Another important task was to relocate one of the four solar arrays that provide power to the Station. Paolo played a key role inside the Station for the mission’s spacewalks, including the installation of Node-2. During his Esperia mission, Paolo performed a number of experiments for the European scientific community in human physiology and biology. Paolo also took part in educational activities.

In November 2008, Paolo Nespoli was assigned to his second spaceflight, Expedition 26/27. The long-duration mission to the International Space Station was launched on 15 December 2010. Paolo’s duties as a flight engineer during his MagISStra mission included scientific experiments and technology demonstrations, as well as performing educational activities. After having spent 159 days in space, he returned to Earth on 24 May 2011.

Paolo was launched for his third mission on 28 July 2017 aboard Soyuz MS-05, under a barter agreement between NASA and Italy’s ASI space agency involving ESA astronauts. Paolo completed more than 60 experiments during his Vita mission, which stands for Vitality, Innovation, Technology and Ability. He returned on 14 December 2017 after 139 days in space, making him the second-most experienced ESA astronaut, with 314 days in space over three flights.