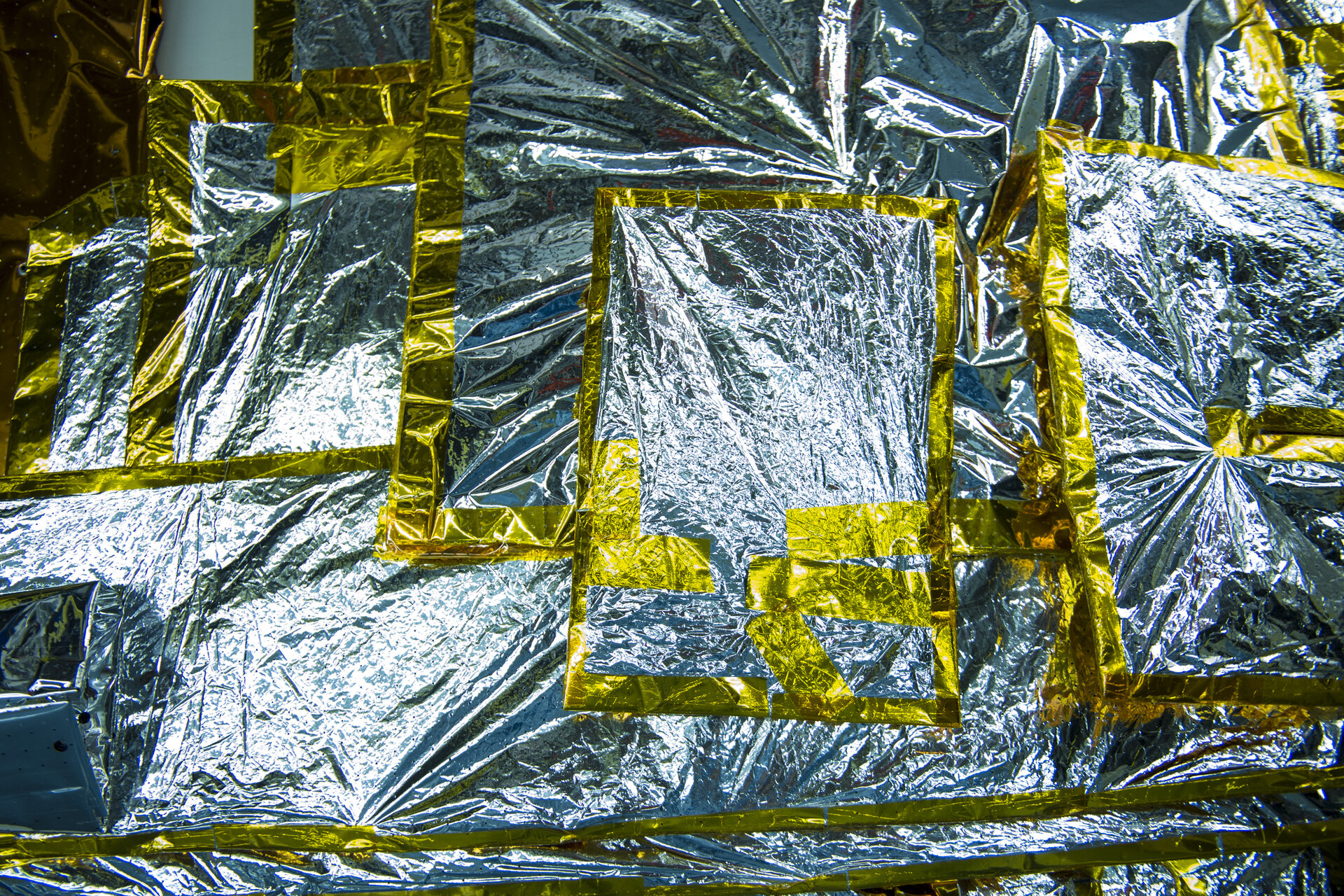 Blankets of multi-layer insulation (MLI) are used to cover satellite surfaces to help insulate them from orbital temperature extremes. These are the reason that satellites often look as though they’ve been covered in shiny Christmas wrapping.

MLI blankets are made up of multiple layers of very thin, metal-coated plastic film, with low-conducting ‘spacer’ material placed in-between such as silk, nylon or glass-fibre netting. Alternatively, MLI is sometimes deliberately crinkled to minimise any contact between layers.

In the airlessness of space, objects can be hot and cold at the same time, especially if one side is in sunshine and another is in shade. In such conditions, thermal radiation is the main driver of temperature change (rather than convection or conduction), and reflective MLI serves to minimise it.

Thermal control specialists aim to maintain the temperature of the satellite within set limits, to keep electronic and mechanical parts working optimally and to prevent any temperature-triggered structural distortion.

Placing MLI blankets on a satellite body is a skilled art in itself, with complex shapes needing to be created to fit around around edges or joints.