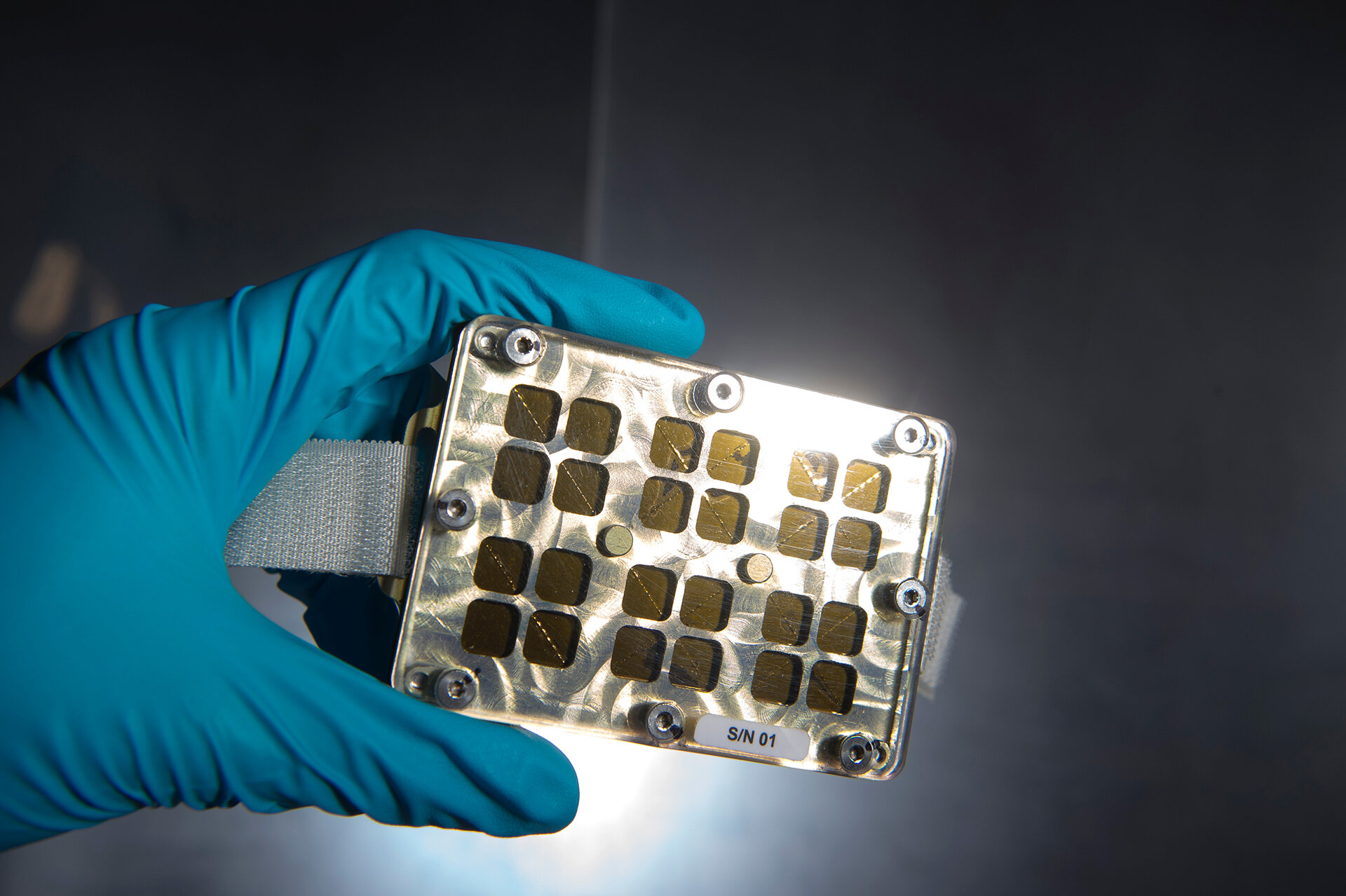 Everybody knows a clean house is a healthy place to live, but what if you live on the International Space Station? Air and water are constantly recycled and waste can only be removed when a spacecraft departs for Earth every few months. For the six astronauts living in humanity’s habitat in space, keeping the Station clean is an important part of their life to avoid bacteria and fungus. Every Saturday is cleaning day, when the whole crew wipe surfaces, vacuum and collect waste.

The Matiss experiment is investigating antibacterial properties of materials in space to see if future spacecraft could be made easier to clean.

The experiment consists of four identical plaques that ESA astronaut Thomas Pesquet will place in the European Columbus laboratory and leave for at least three months. France’s CNES space agency, in collaboration with the ENS universityof Lyon, research institute CEA Tech - LETI and construction company Saint-Gobain, selected five advanced materials that could stop bacteria from settling and growing on the surface. A sixth element, made of glass, is used as control material.

The materials are a diverse mix of advanced technology – from self-assembly monolayers and green polymers to ceramic polymers and water-repellent hybrid silica. The smart materials should stop bacteria from sticking to the surface and growing, effectively making them easier to clean and more hygienic – but which one works best?

The units are open on the sides to let air flow naturally through and collect any bacteria floating past. Thomas will put the four units on the European Drawer Rack, on the European Physiology Modules and at air vents.

At the end of his mission next year he will tape the sides to block other bacteria from entering and wrap them in plastic. They will be returned for analysis in the Soyuz spacecraft alongside Thomas.