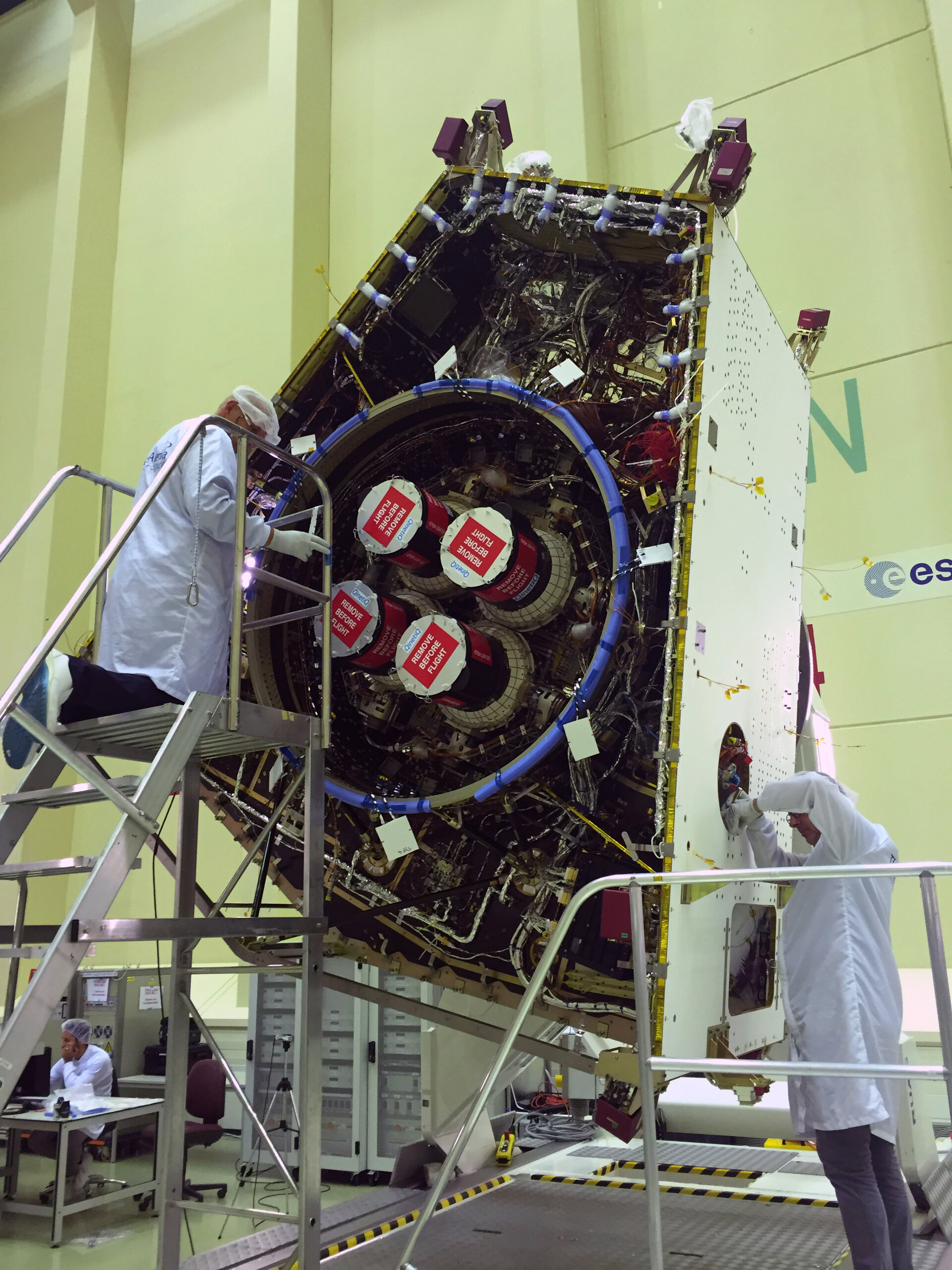 The base of ESA’s Mercury Transfer Module with its four T6 ion thrusters fully fitted for its 6.5 year journey to Mercury, along with the rest of the BepiColombo spacecraft.

The module will carry Europe’s Mercury Planetary Orbiter and Japan’s Mercury Magnetospheric Orbiter together to the Sun’s innermost planet.

“Completing the integration of the solar electric propulsion thruster floor is a major achievement for the BepiColombo project,” says project manager Ulrich Reininghaus.

The four ion thrusters are positioned at the bottom of the spacecraft, known as the ‘engine bay’, which provides the thrust during the mission’s journey, including long firing periods lasting several months at a time.

By ionising their propellant plume using electrical energy from the solar panels, the T6 thrusters can accelerate BepiColombo with an efficiency 15 times greater than a conventional chemical thruster.

The work took place at ESA’s centre in the Netherlands, the largest spacecraft testing facility in Europe.

The 22 cm-diameter T6 was designed for ESA by QinetiQ in the UK, whose expertise in electric propulsion stretches back to the 1960s.

It is a scaled-up version of the 10 cm T5 gridded ion thruster, which played a crucial role in ESA’s GOCE gravity-mapper by continuously compensating for vestigial atmospheric drag along its extremely low orbit.

Currently the Test Centre team is preparing the Large Space Simulator for a Sun simulation test planned for the end of this year.

“This will be a very challenging test,” says Georg Deutsch, ETS test programme manager. “Not only will the facility simulate a sun beam at 11000W/m2 but the facility’s vacuum pumps will have to cope with the release of Xenon gas caused by verifying the electrical propulsion system in vacuum”.