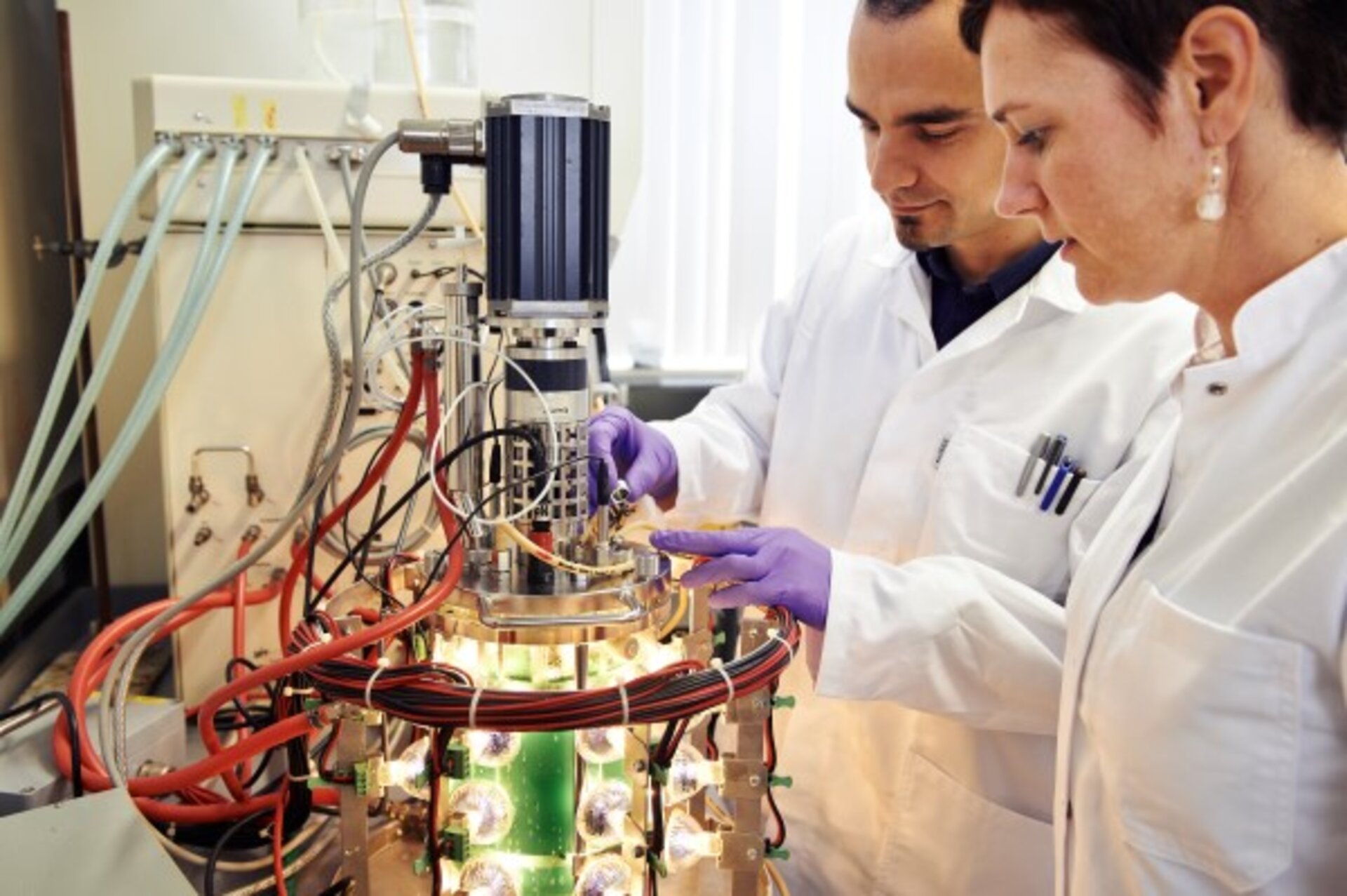 Researching the Arthrospira bacteria that are better known as spirulina at the SCK·CEN centre in Belgium.

Spirulina has been harvested for food in South America and Africa for centuries. It turns carbon dioxide into oxygen, multiplies rapidly and can also be eaten as a delicious protein-rich astronaut meal.

The MELiSSA project (Micro-Ecological Life Support System Alternative) is investigating ways of producing food, water and oxygen on long manned space missions with limited supplies. The goal is to support the human exploration of the Solar System, as well as meeting pressing challenges on Earth.