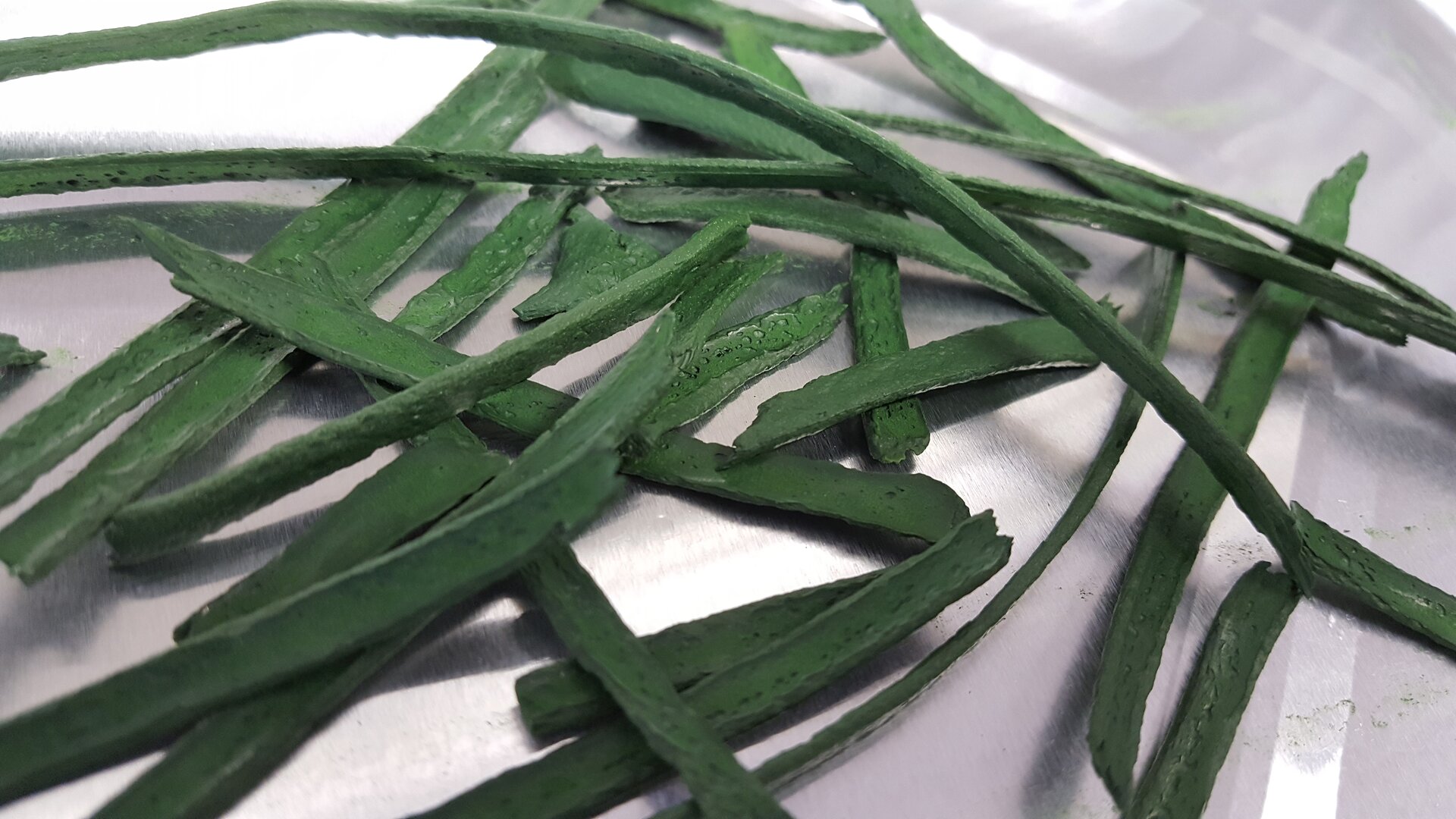 Dried spirulina bars. The Arthrospira bacteria – better known as spirulina – is easy to grow and multiplies rapidly. The bacteria turn carbon dioxide into oxygen and can be eaten as a delicious protein-rich supplement. They are also highly resistant to radiation found in outer space so are a well-researched organism to use as a potential source of food for astronauts on distant missions from Earth.

Preparing for long missions far from Earth, astronauts will need to harvest their own food. ESA’s Micro-Ecological Life Support System Alternative team, or MELiSSA, is looking at creating a closed ecosystem that continuously recycles waste into food, oxygen and water.

A Belgian partner in the Melissa project, the SCK·CEN research centre, has been involved since the early days. Their research into spirulina investigated aspects of the bacteria such as gene expression, enzyme activity, how they absorb light, how they move during growth and how they ingest nutrients. This unparalleled knowledge is now being applied around the Congo town of Bikoro.