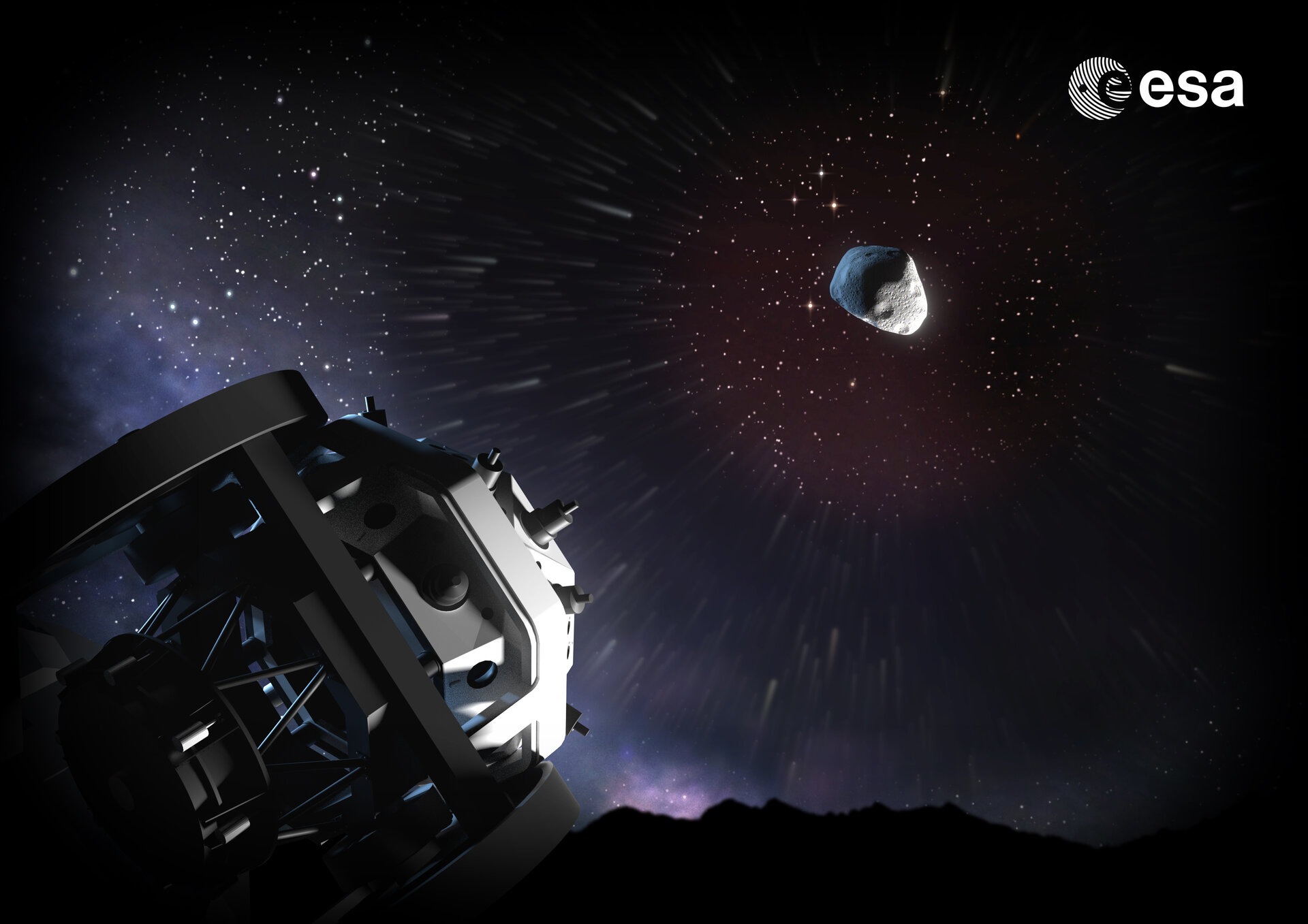 In the telescope, a single mirror of 1 m equivalent aperture collects the light from the entire 6.7° x 6.7° field of view and feeds a pyramid-shaped beam splitter with 16 facets. The complete field of view is then imaged by 16 separate cameras. The red caps in the image are the covers over the 16 cameras that contain the 16 detectors. The tubes contain a set of secondary lenses.