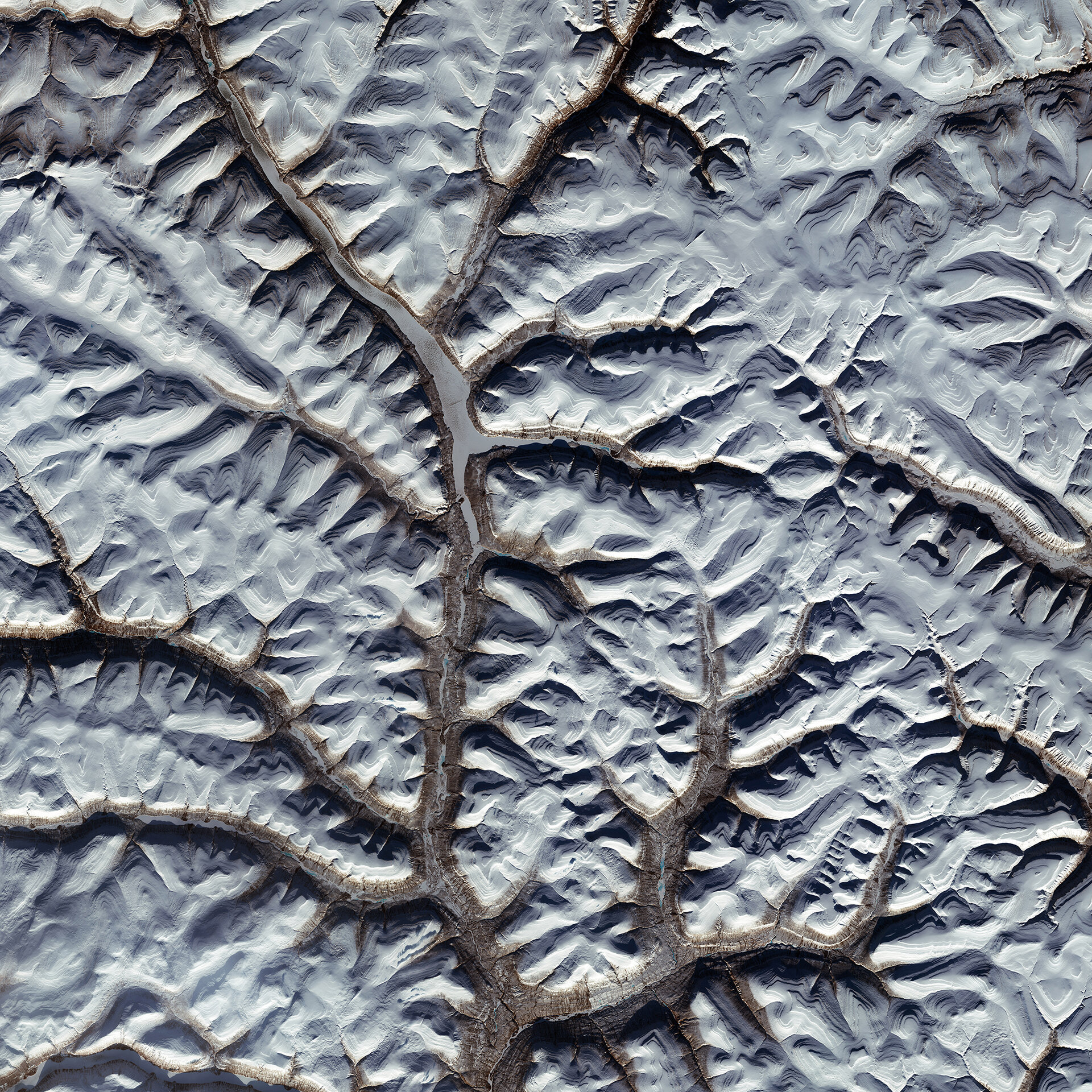 Sentinel-2A brings us over the snowy landscape of the Putorana Plateau in northern Central Siberia.

The area pictured shows part of the Putoransky State Nature Reserve, which is listed as a UNESCO World Heritage Site. Situated about 100 km north of the Arctic Circle, the site serves as a major reindeer migration route – an increasingly rare natural phenomenon – and is one of the very few centres of plant species richness in the Arctic.

Virtually untouched by human influence, this isolated mountain range includes pristine forests and cold-water lake and river systems. The lakes are characterised by elongated, fjord-like shapes, such as Lake Ayan in the upper-central part of the image.

Zooming in on the lake we can see that it is mostly ice-covered, with small patches of water peeking through around its lower reaches.

Another feature of this area are the flat-topped mountains, formed by a geological process called ‘plume volcanism’: a large body of magma seeped through Earth’s surface and formed a blanket of basalt kilometres thick. Over time, cracks in the rock filled with water and eroded into the rivers and lakes we see today.

This image, also featured on the Earth from Space video programme, was captured on 2 March 2016 by the Copernicus Sentinel-2A satellite.