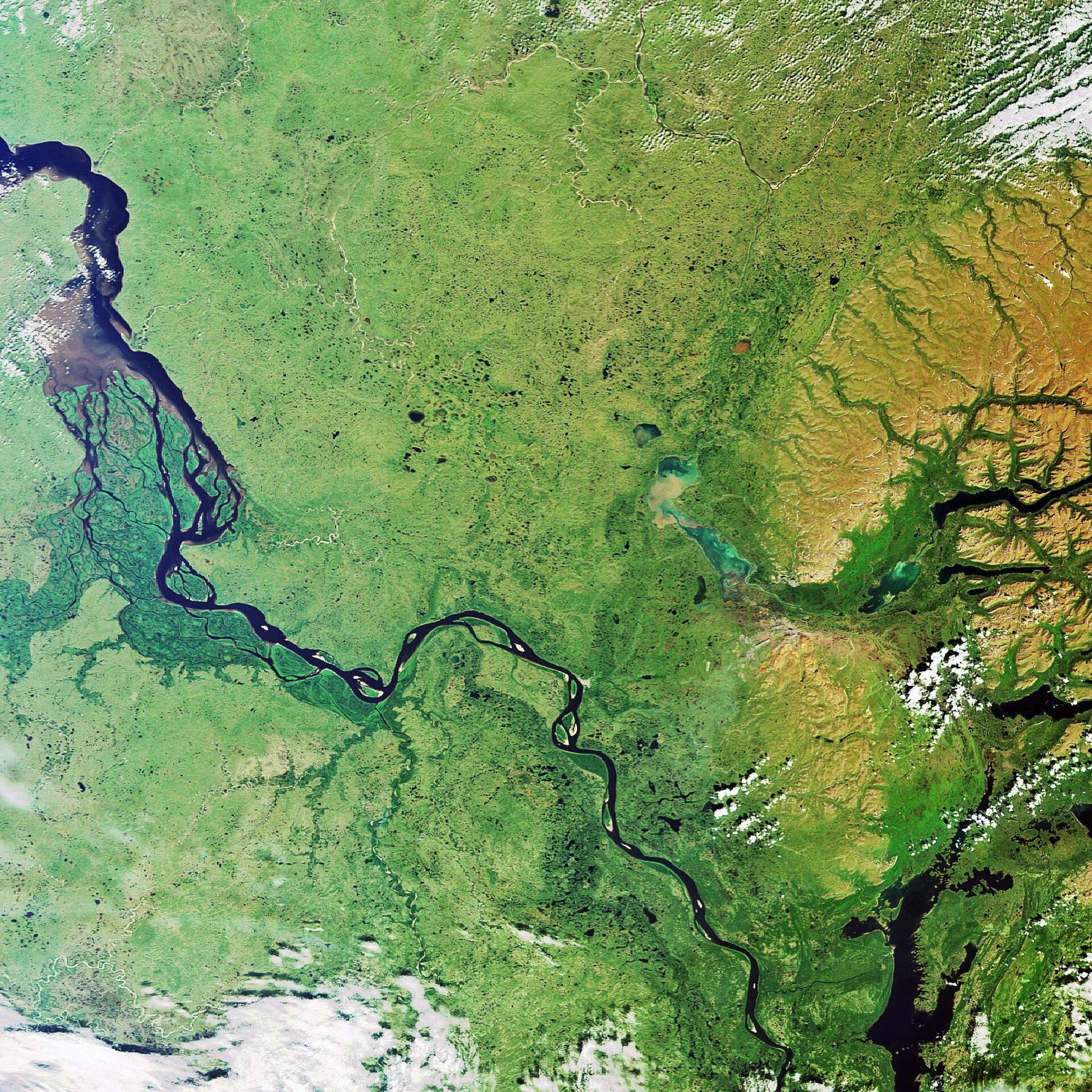 Siberia is highlighted in this Envisat image acquired on 7 August 2006. An enormous area in north Asia, Siberia spreads from the Urals in the west to the Okhotsk Sea in the east, from the Arctic Ocean in the north to the borders of Kazakhstan, Mongolia and China in the south.

Flowing across Siberia are three great rivers – the Ob, the Yenisei (seen flowing from the lower right to the upper left) and the Lena. The Yenisei is the world’s fifth longest river, flowing about 4023 kilometres. It originates in the Hangayn Mountains of Mongolia, flows through Siberia and empties north of the Arctic Circle into the Kara Sea. The Yenisei is considered the boundary between eastern and western Siberia.

Western Siberia, which has warmed by about 3 degrees Celsius in the last 40 years, is home to the world’s largest peat bogs (wet, spongy ground composed chiefly of moss and decomposing vegetation) – roughly the size of France and Germany combined. According to scientific studies released in August 2005, the frozen bogs began thawing last year for the first time in 11 000 years.

Earth observation has the potential to improve our predictive vision. Space-based instruments are able to look for distinctive emission 'footprints' in the atmosphere left by global warming chemicals, create three-dimensional maps showing the concentration of greenhouse gases throughout the atmosphere and map carbon 'sinks' such as peat bogs.

This image was acquired by Envisat’s Medium Resolution Imaging Spectrometer (MERIS) while working in Full Resolution Mode to provide a spatial resolution of 300 metres.