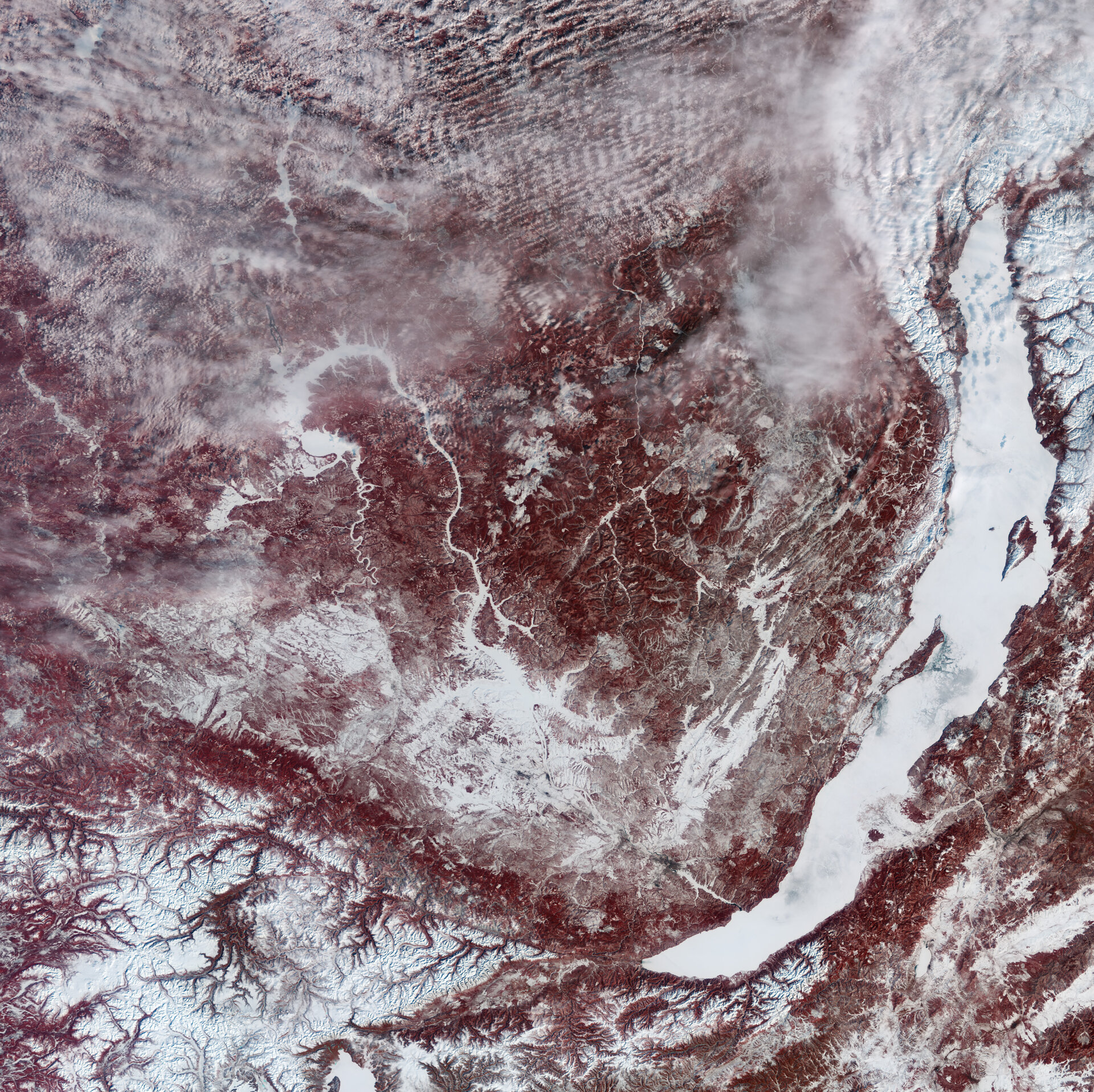 Imaged on 14 March 2017, this deep lake is covered by ice. The entire lake is typically covered between January and May and in some places the ice can be more than 2 m thick.

Holding around 23 000 cubic km of water, Lake Baikal is the largest freshwater lake by volume in the world. It contains about 20% of the world’s fresh surface water, which is more than all of the North American Great Lakes put together. Baikal water is extraordinarily clean, transparent and saturated with oxygen. The high transparency is thanks to numerous aquatic organisms purifying the water and making it similar to distilled water.

At 25 million years old, this remarkable lake is also the oldest in the world. It is known as the Galapagos of Russia because its age and isolation have produced rich and unusual water wildlife, which is of exceptional value to evolutionary science. Occasionally, new species are discovered and it has been estimated that we know of only 70–80% of all the species inhabiting the lake. For these reasons, in 1996 it was listed as a UNESCO World Heritage Site.The lake is surrounded by mountain-taiga landscapes, which are also protected to preserve their natural state.