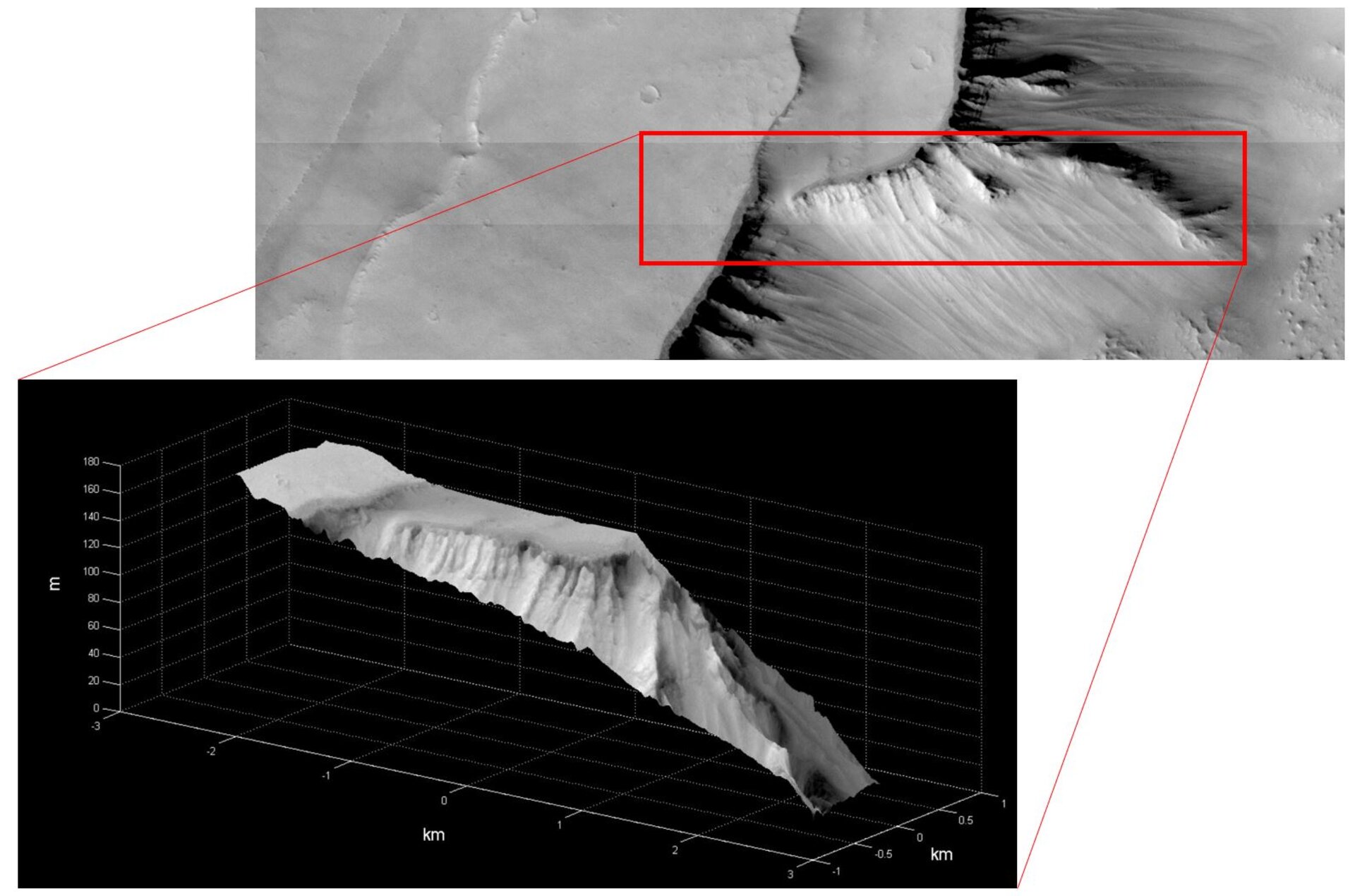 The first stereo reconstruction of a small area in a region called Noctis Labyrinthus. The image gives an altitude map of the region with a resolution of less than 20 m.

The images used to make the 3D profile were taken on 22 November 2016 and are among the first to be acquired by the Colour and Stereo Surface Imaging System (CaSSIS) on the ExoMars Trace Gas Orbiter. The images were taken as part of an eight-day campaign to test the science instruments for the first time since arriving at the Red Planet on 19 October.