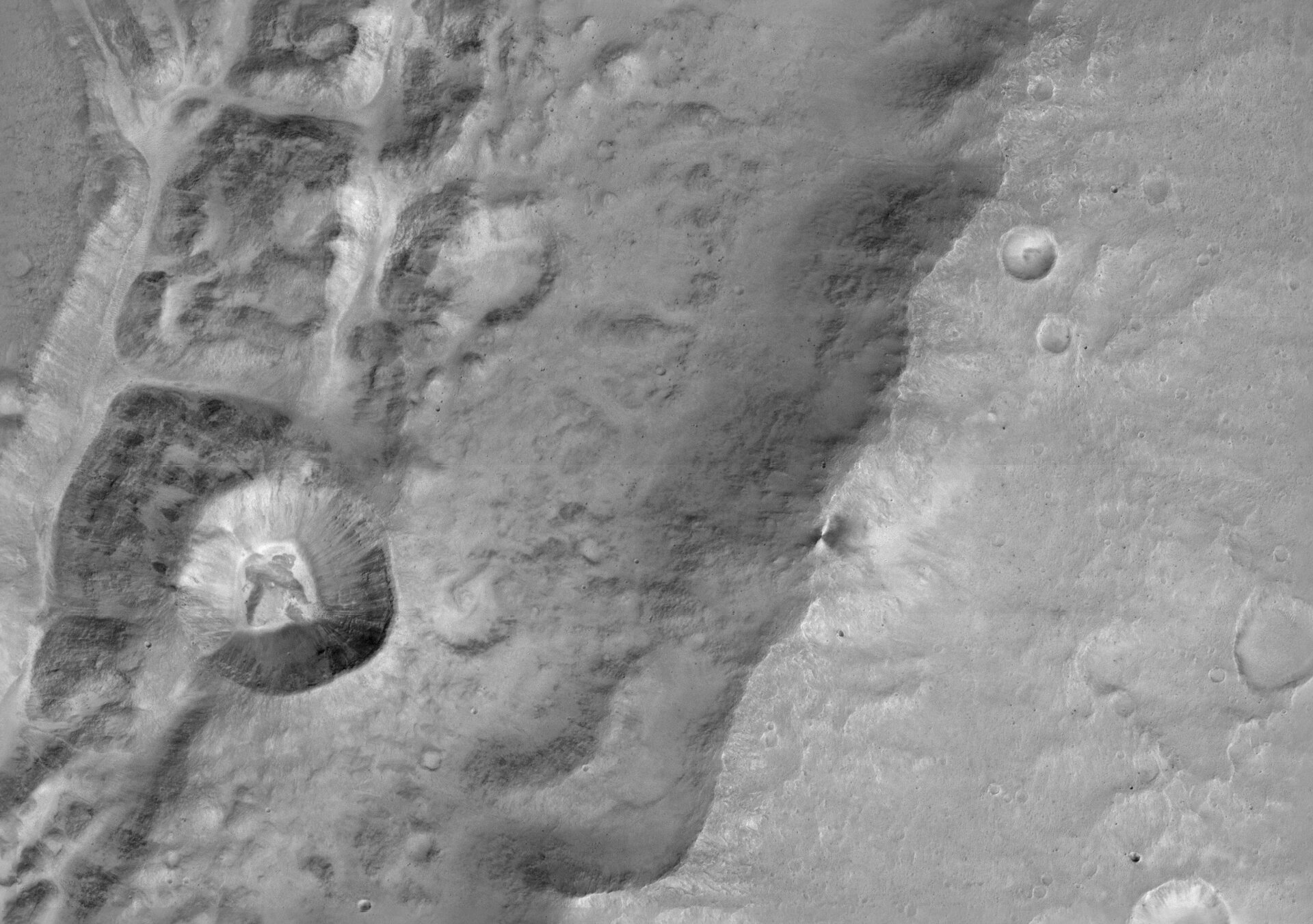 Close-up of the rim of a large unnamed crater north of a crater named Da Vinci, situated near the Mars equator. A smaller, 1.4 km-diameter crater is seen in the rim along the left hand side of the image. The image scale is 7.2 m/pixel.

The image was taken on 22 November 2016 and is one of the first acquired by the Colour and Stereo Surface Imaging System (CaSSIS) onboard the ExoMars Trace Gas Orbiter. The image was taken as part of an eight-day campaign to test the science instruments for the first time since arriving at the Red Planet on 19 October.