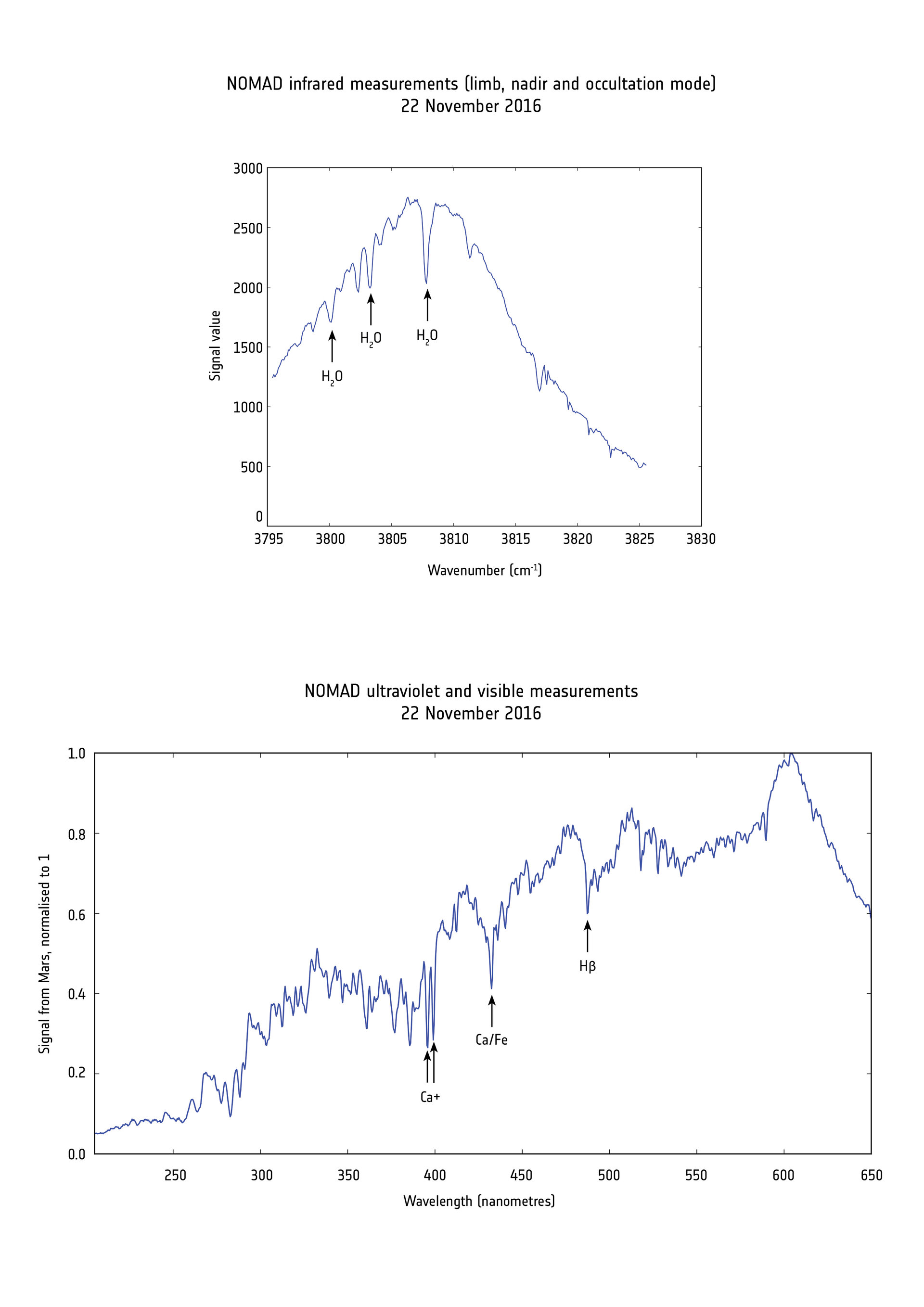 First look at the atmosphere

The ExoMars Trace Gas Orbiter’s Nadir and Occultation for Mars Discovery (NOMAD) instrument made test measurements of the martian atmosphere on22 November 2016 using two techniques: by looking at the sunlight reflected from the planet’s surface, and by looking at the horizon at sunlight scattered by the atmosphere.

Top: An example spectrum identifying atmospheric water vapour. Using information like this, scientists will be able to measure the composition, abundance and location of water and other molecules, including methane, to understand more about the processes occurring in the atmosphere and at the surface.

Bottom: NOMAD’s first spectrum of Mars at ultraviolet–visible wavelengths, showing the solar spectrum and atmospheric absorptions. The presence of the labelled solar features (Ca+, Ca/Fe and H-beta) demonstrate that the instrument channel is working well. By calibrating the channel, the scientists will be able to remove the solar spectrum, allowing them to identify features related to the composition of the atmosphere and the radiation environment at the surface.

The data were collected during an eight-day campaign to test the orbiter’s science instruments for the first time since arriving at the Red Planet on 19 October.