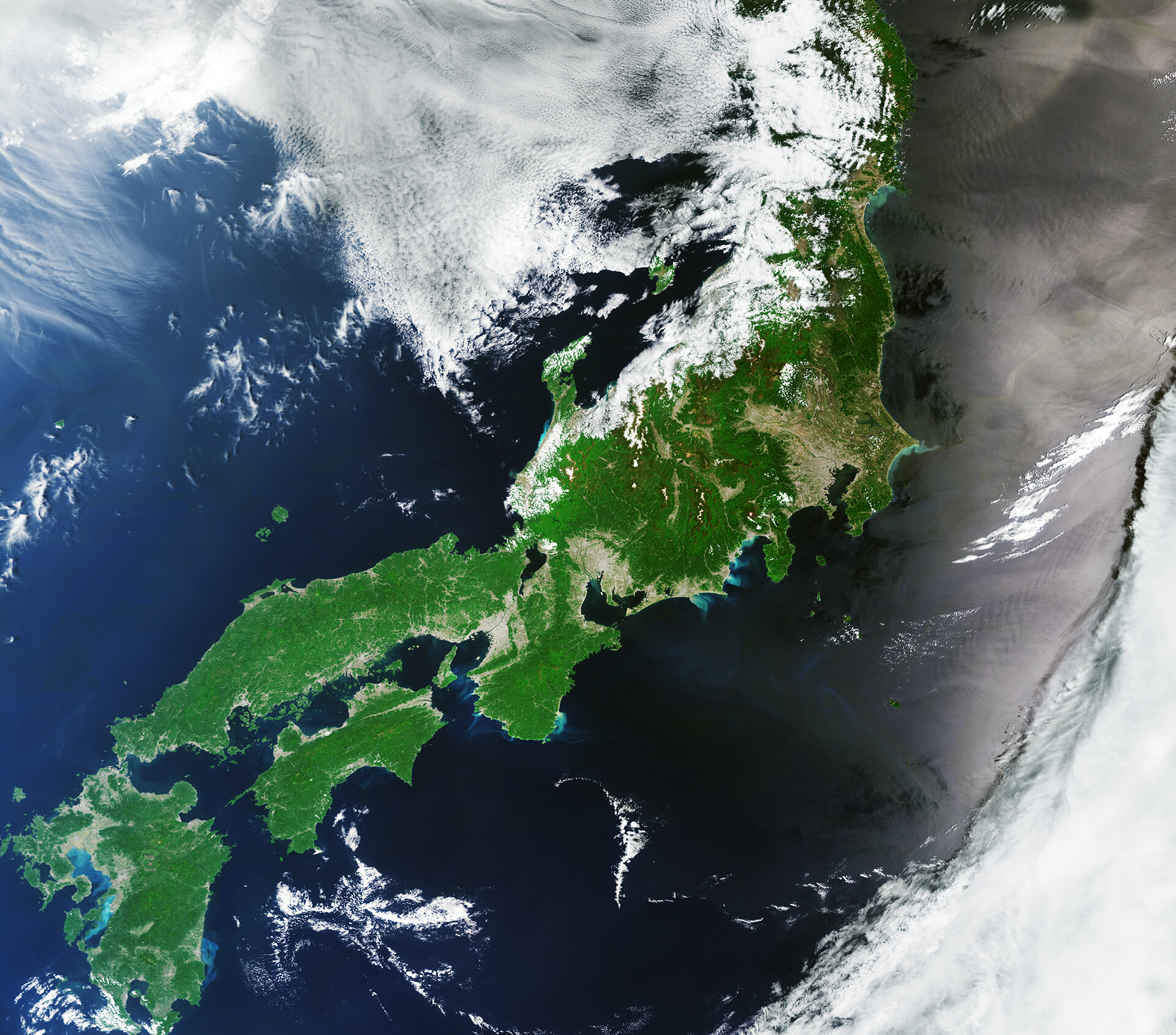 Sentinel-3A captured part of Japan on 12 May in this false-colour image. Sitting on a volcanic zone in the Pacific Ring of Fire, Japan is prone to earthquakes – like the one felt earlier this week. In 2011 the Tōhoku earthquake and subsequent tsunami caused widespread damage and claimed over 15 000 lives.

In this image we can make out the location of the Median Tectonic Line – a fault system running primarily northeast–southwest in the southern part of the country. While it is impossible to see the fault line itself, rivers formed along the line and the fields and buildings in these river basins are visible as linear elements in the lower left part of the image on the smaller islands, giving a sense of the general location of the fault.

The water surrounding the islands appears blue on the left side of the image, but dark grey on the right. This is an effect of the Sun glinting off the water.

Taking a closer look at the waters along the coast, the light blue areas show the outflow of rivers, carrying sediments into the ocean.

Launched in February 2016, the Copernicus Sentinel-3A satellite carries four sensors working together, making it the most complex of all the Sentinel missions. The Ocean and Land Colour Instrument used to create this image offers a new eye on Earth, monitoring ocean ecosystems, supporting crop management and agriculture, and providing estimates of atmospheric aerosol and clouds.