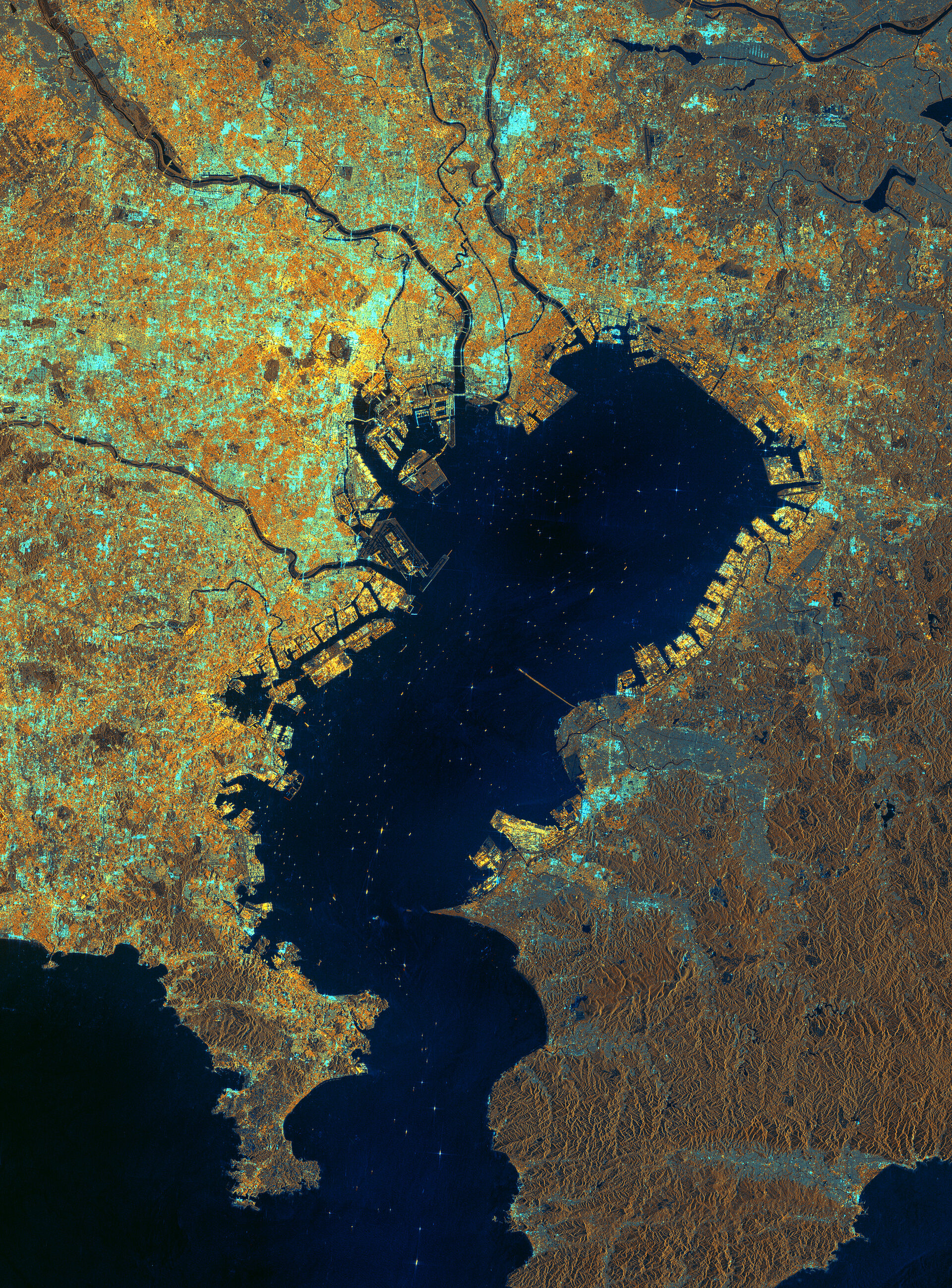 This image from Sentinel-1A’s radar on 11 July shows Tokyo Bay in Japan.

Tokyo’s centre lies mainly south of the Arakawa River. Other visible rivers on this image are the Edo River to its north and the Tama River just to its south, with all three streaming into Tokyo Bay. At the mouth of the Tama River we can see the runways of Haneda Airport.

Note the difference between the area northwest of Tokyo Bay – where bright radar reflections show dense construction – and its southeastern opposite. This area with an overall brownish colour is the site of the Minami-Bōsō Quasi-National Park.

Greater Tokyo is home to nearly 38 million people, making it the world’s largest ‘megacity’ (a metropolitan area with more than 10 million people). Today, there are over 30 megacities across the globe.

Urban areas are home to over half of the world’s population, and are rapidly changing environments. As more people move from rural areas to cities, this growth needs to be monitored to help it proceed on a sustainable basis.

Observations based on high-resolution satellite data provide essential information for city planning and for the sustainable development of urban regions. They can be used to monitor air pollution, water availability and extreme temperatures.

Radar in particular can be used to monitor slight ground movements down to a few millimetres –valuable information for urban planners.