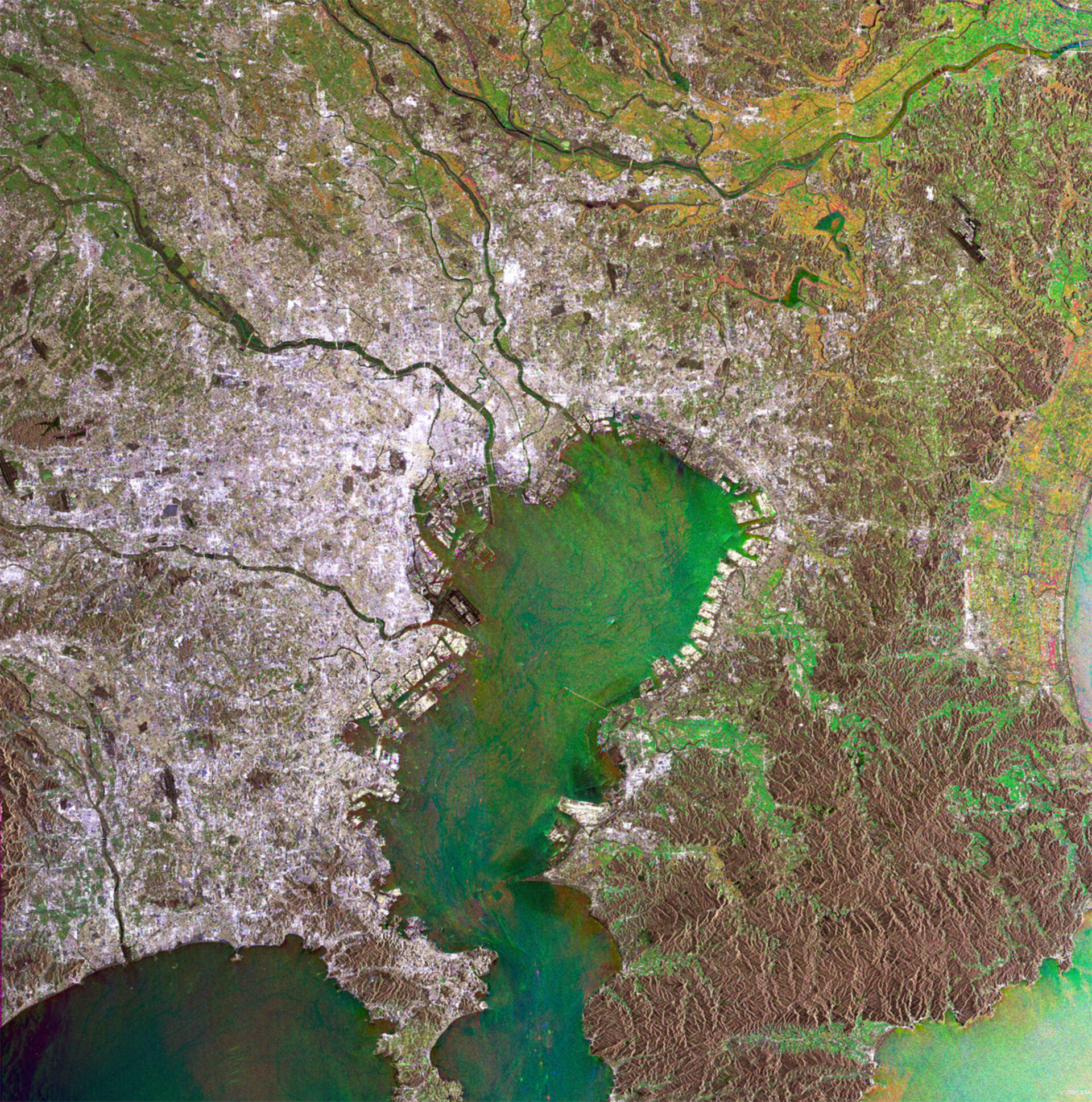 This Envisat ASAR multitemporal image shows an area of about 100 kilometers wide, centered over Tokyo. Tokyo's centre lies mainly under south of the Ara-Kawa river; other visible rivers on this image are the Edo-gawa river north to Ara-Kawa and Tama-gawa just south to Ara-Kawa, all three streaming into Tokyo-wan (Tokyo Bay).


A clearly visible example of modern infrastructure is the Tokyo Wan Aqua-Line, the trans-Tokyo Bay highway, with an overall length of approximately 15km, composed of a 5km bridge and a 10km tunnel. The Tokyo Wan Aqua-Line opened in December 1997 and provides easy access from the south part of the Bay to the Tokyo area.

Spot the difference between the area north-west of the Tokyo bay, colours are predominantly grey and white, sign of dense construction and the south-eastern part of the Bay, overall brownish colours, hosting the Minami Boso Quasi National Park known for its beautiful beaches and wild flowers.