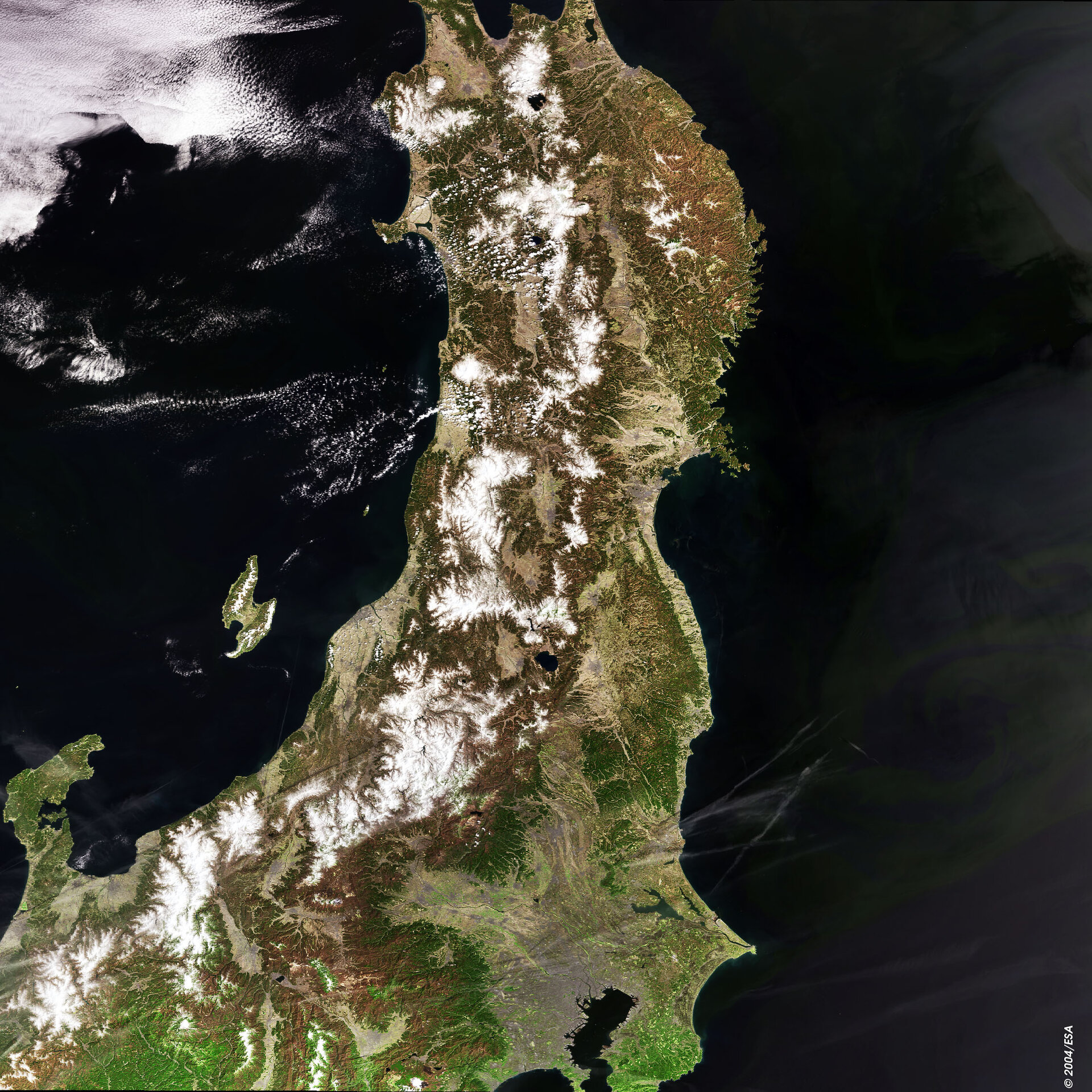 This MERIS image centres over Honshu island, Japan. The grey urban area to the south of the image is the capital Tokyo. With more than 27 million people, the most populated metropolitan area in the world. The city is located around Tokyo Bay.

The elongate clouds around the city are contrails formed by water vapour from aeroplanes. These are thought to contribute to global warming.

To the north and west of the city are the snow covered peaks of the "Japanese Alps" consisting of the Hida, Kiso and Akaishi Mountains with Japan's second highest peak Kita Dake (3,192 m, after Mt Fuji which is just off the image) to the south.

Cutting through the mountains from the west of Tokyo is the valley of the River Tone-Gawa. Japan's longest river, Shinano (367 km), is also visible on the western coast the river mouth at the city of Niigata.