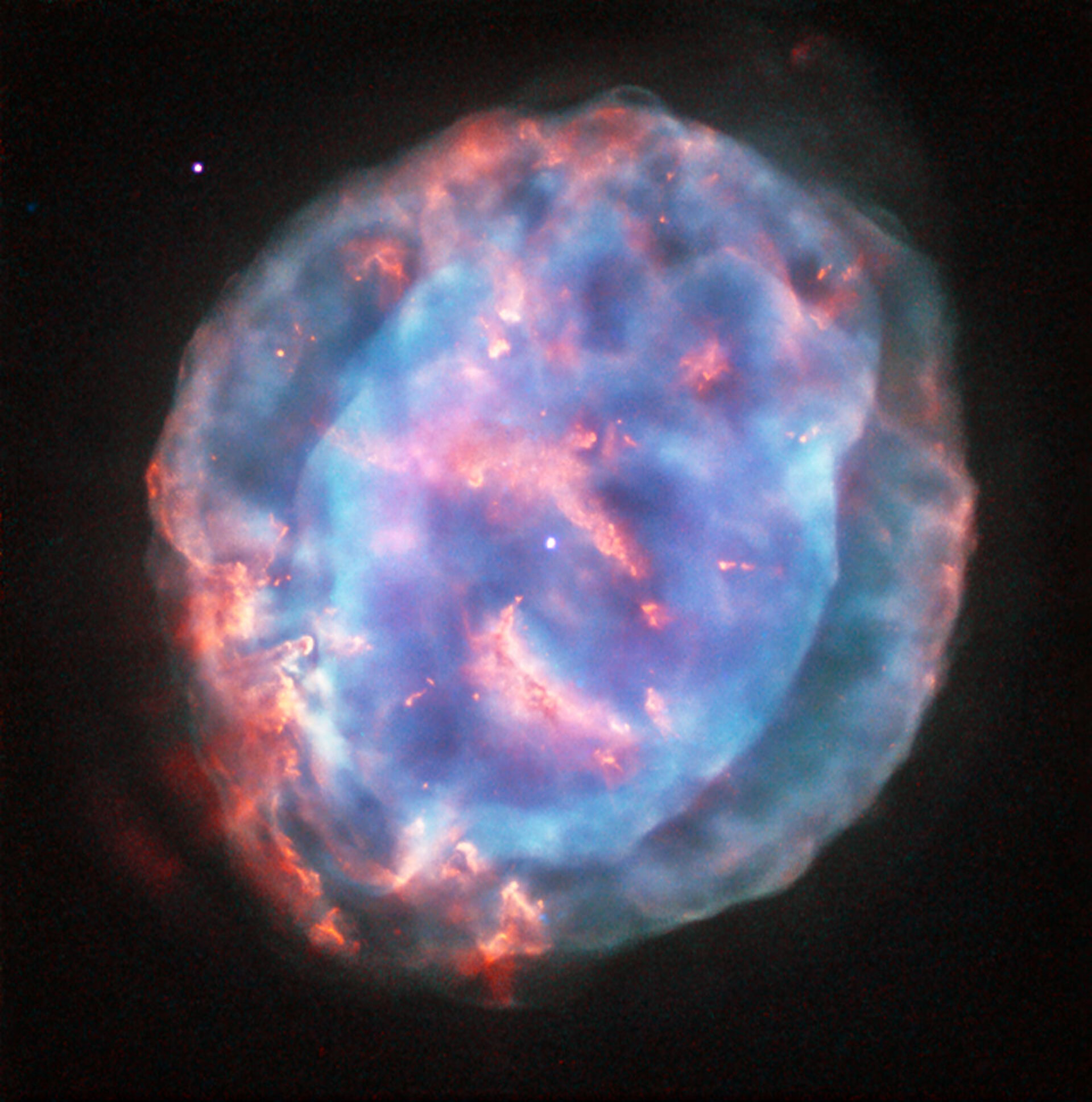 The NASA/ESA Hubble Space Telescope had imaged NGC 6818 before, but it took another look at this planetary nebula, with a new mix of colour filters, to display it in all its beauty. By showing off its stunning turquoise and rose quartz tones in this image, NGC 6818 lives up to its popular name: Little Gem Nebula.

This cloud of gas formed some 3500 years ago when a star like the Sun reached the end of its life and ejected its outer layers into space. As the layers of stellar material spread out from the nucleus – the white stellar remnant at the centre of the image – they ended up acquiring unusual shapes.

The central star has a faint stellar companion 150 astronomical units away, or five times the distance between the Sun and Neptune. You can just about make this out: if you zoom in to the centre, you’ll notice the white dot in the middle is not perfectly round, but rather two dots very close together.

With a diameter of just over half a light-year, the planetary nebula itself is about 250 times larger than the binary system. But the nebula material is still close enough to its parent star for the ultraviolet radiation the star releases to ionise the dusty gas and make it glow.

Scientists believe the star also releases a high-speed flow of particles – a stellar wind – that is responsible for the oval shape of the inner region of the nebula. The fast wind sweeps away the slowly moving dusty gas, piercing its inner bubble at the oval ends, seen at the lower left and top right corners of the image.

NGC 6818 is located in the constellation of Sagittarius and is about 6000 light-years from Earth. It was first imaged by the Hubble Space Telescope’s Wide Field Planetary Camera 2 in 1997, and again in 1998 and 2000 using different colour filters to highlight different gases in the nebula.