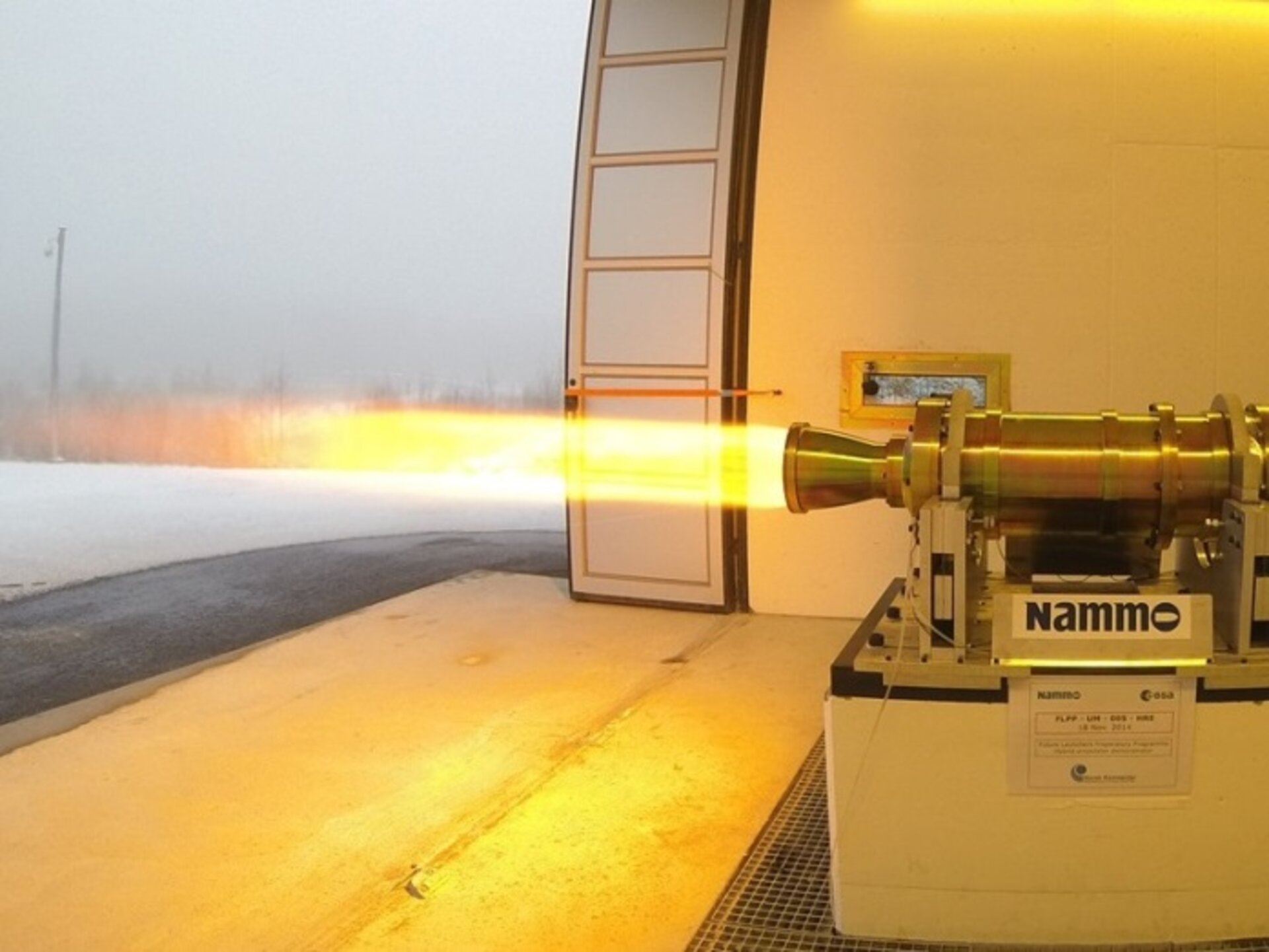 Following several small scale tests the first large scale hot fire test was successfully achieved in 2014. The hybrid engine combines liquid hydrogen peroxide with solid HTPB fuel and reaches a thrust level of 30 kN. It will power the Nucleus demonstrator, a single stage sounding rocket, developed around the engine for in-flight testing in the near future.