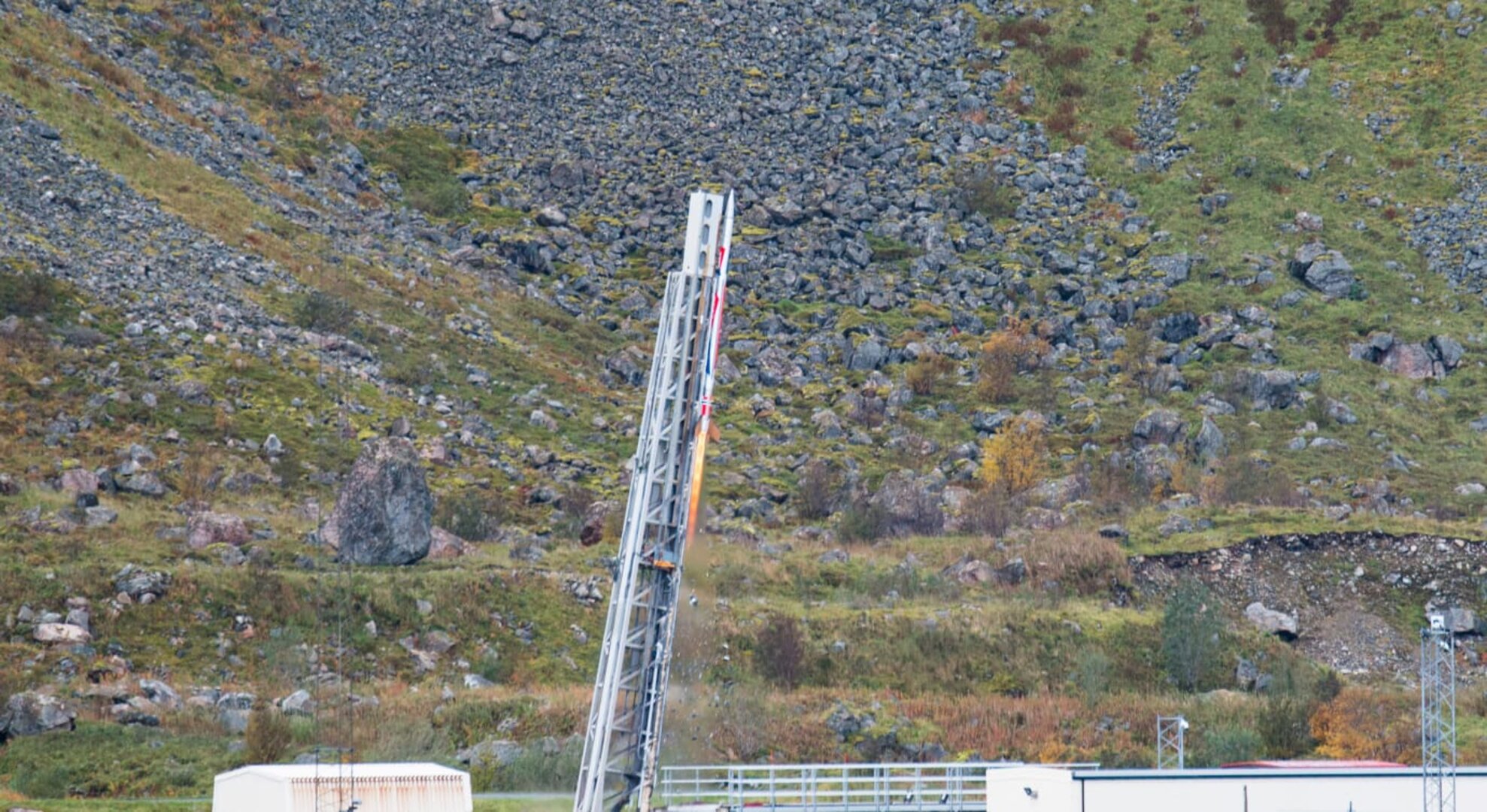 Soaring at up to five times the speed of sound from the Andøya Space Center, the 9 m long Nucleus sounding rocket passed the edge of Earth’s atmosphere to reach an altitude of over 107 km in less than three minutes. After its suborbital flight it returned to Earth, splashing down in the Atlantic Ocean, 180 km off the coast of Norway.