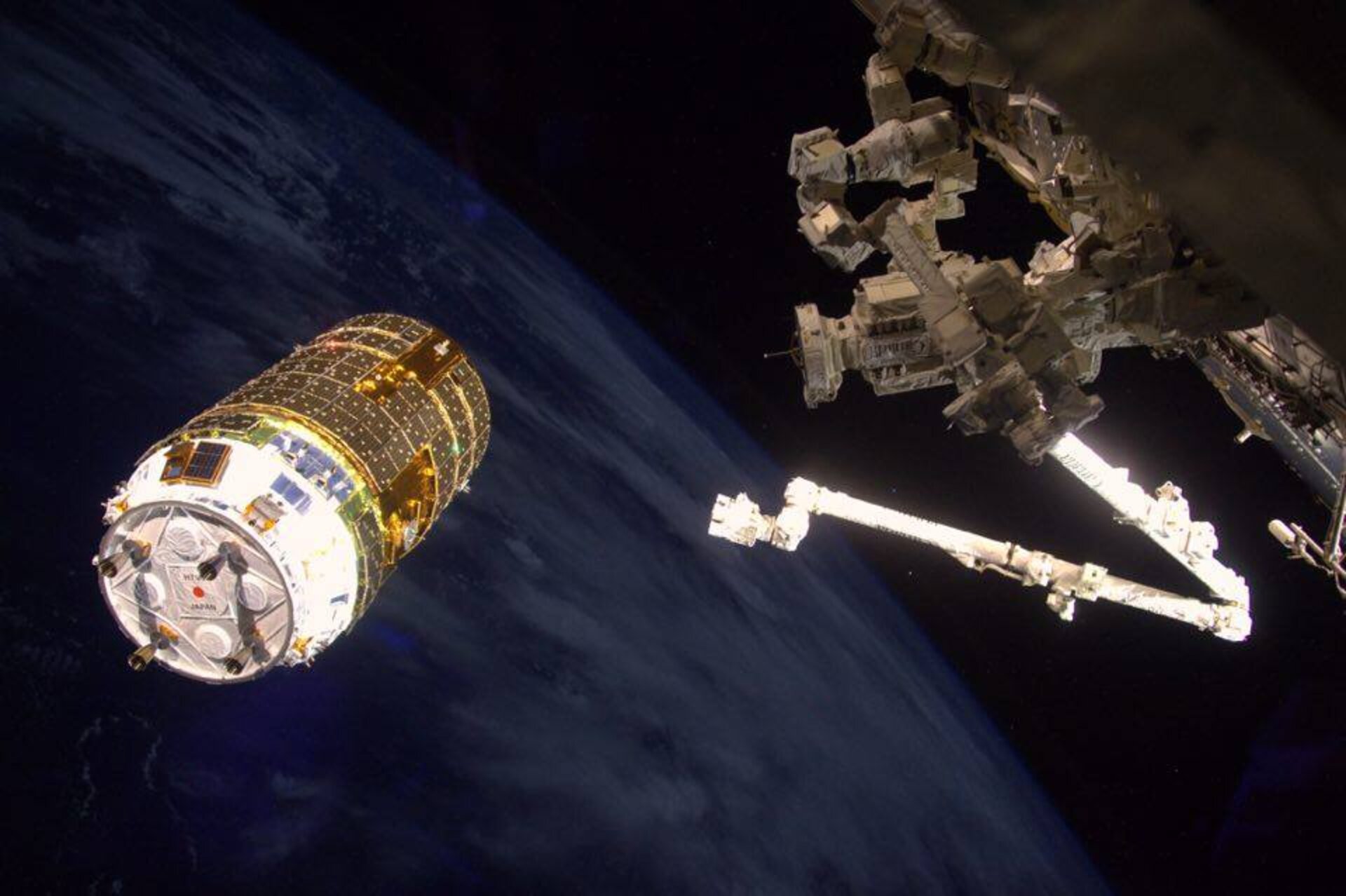 The H-II Transfer Vehicle, or HTV, is also called Kounotori – Japanese for ‘white stork’. The sixth craft in the series, it was launched from Japan’s Tanegashima spaceport on 9 December.

Setting up a temporary robotics workstation in the Station’s Cupola observatory module, the astronauts monitored the approaching six-tonne craft until it stopped 10 m from the Station. Working two joysticks, Shane moved Canadarm2 to grasp HTV-6 before berthed it at the Station’s Harmony module.

The six astronauts on the Space Station have already started unloading the four tonnes of supplies, including food, equipment and new batteries to store solar-generated electricity.