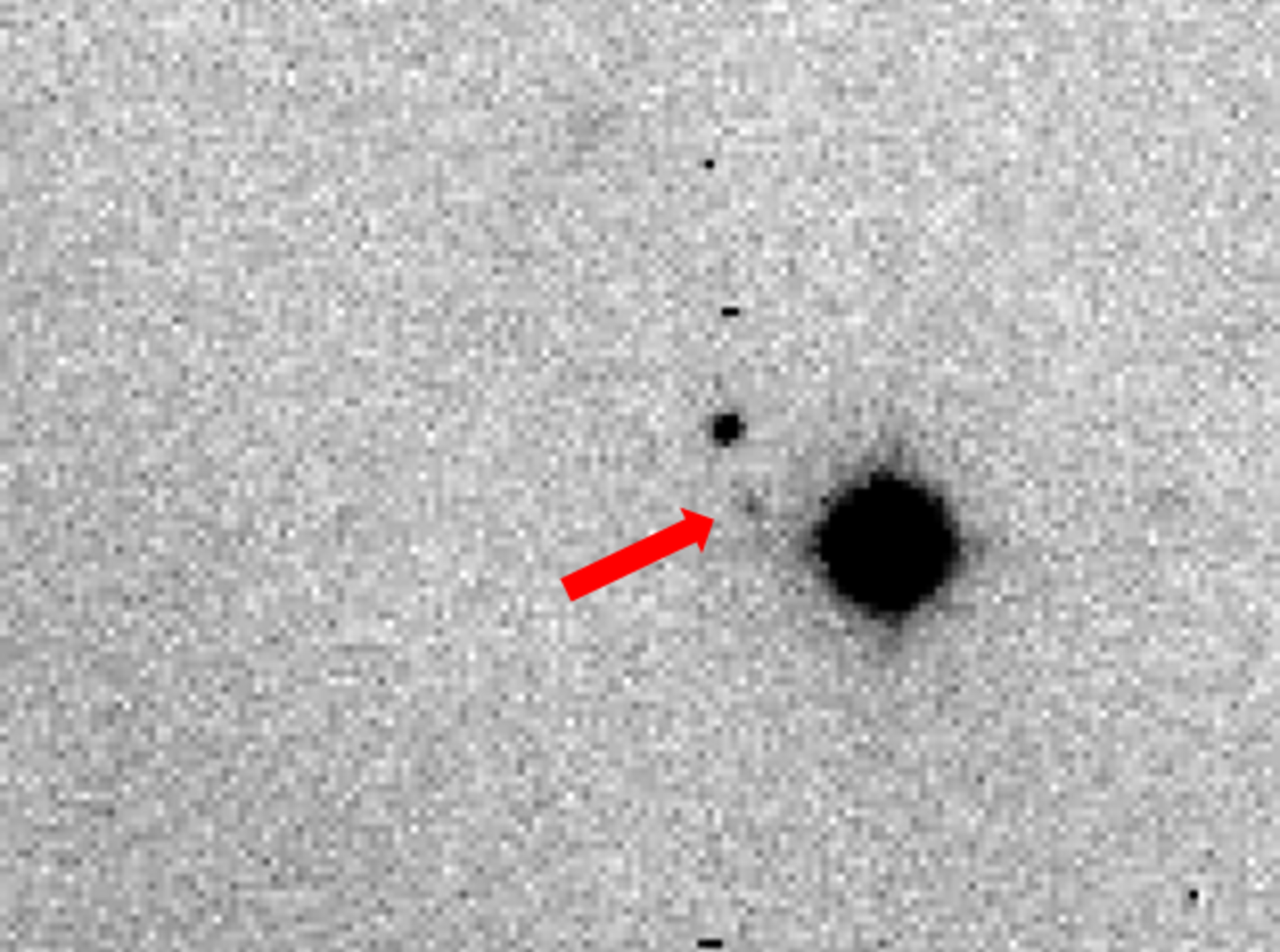 The 2003 ‘precovery’ image of asteroid 2016 WJ1, which was ‘refound’ in 2016 by the Catalina Sky Survey. The asteroid appears as a faint spot between two bright stars. The orbit of 2016 WJ is rather peculiar, having both nodes – the two intersections of the asteroid’s orbit plane with the orbit plane of Earth – very close to Earth’s orbital radius.