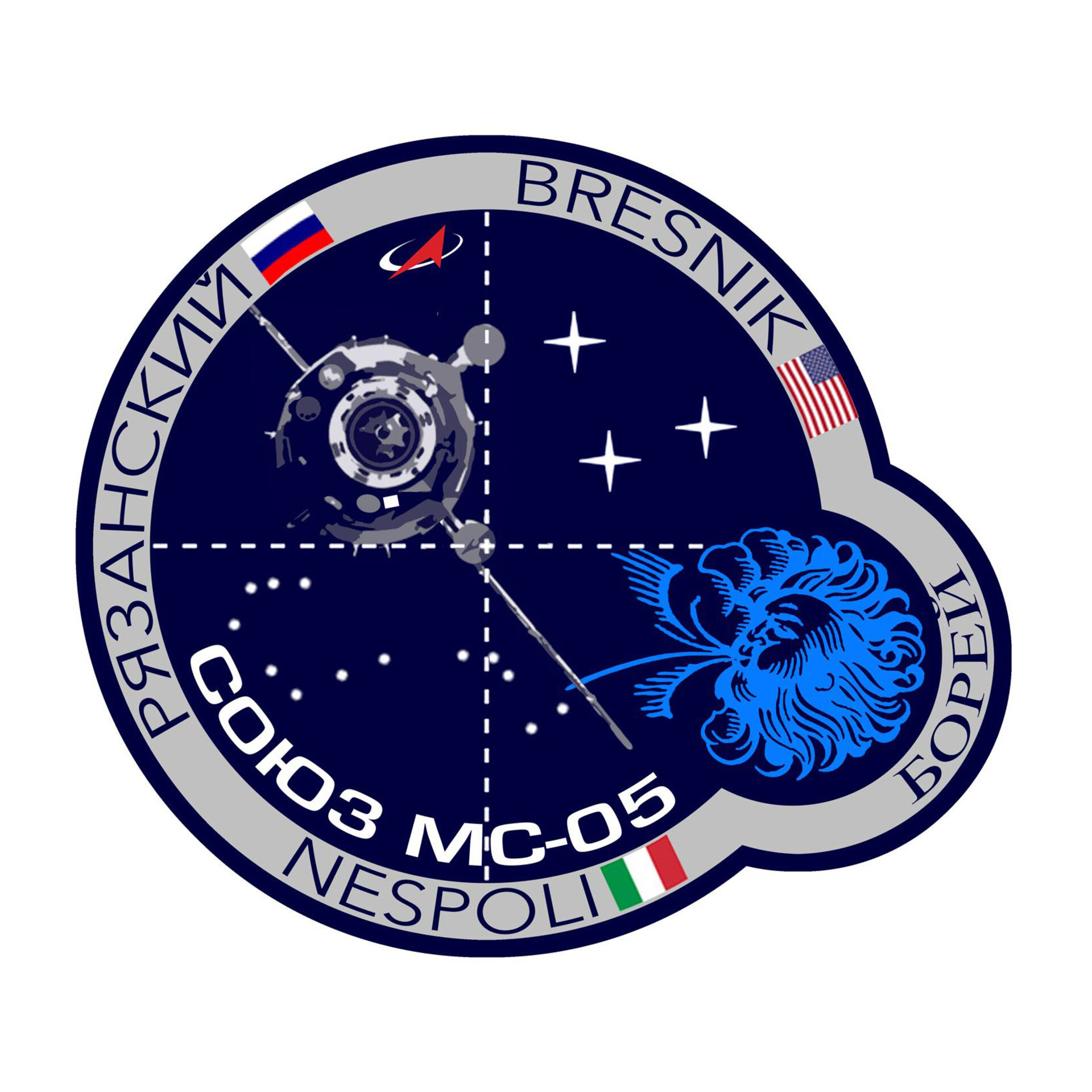 The Soyuz MS-05 crew patch was designed in competition organised by Roscosmos. The winning design of Anastasia Timofeyeva was chosen from ore than 700 submissions. Finalised by designer Luc van den Abeelen, the patch features a nose-on view of the spacecraft, as it prepares to dock with the International Space Station, with the Roscosmos logo just above it.

In a protruding circle, the Greek god of the northern wind Boreas is shown, as this name is the call sign for the spaceship's crew. In the foreground, the navigational device of the docking cross is shown, as seen by the crew during the link-up with the orbital facility. The constellation of Scorpion is shown in the background, as a reference to the spaceship commander's star sign. Three stars in the background symbolise the crew members, whose names are shown in the border, with the corresponding national flags next to them.