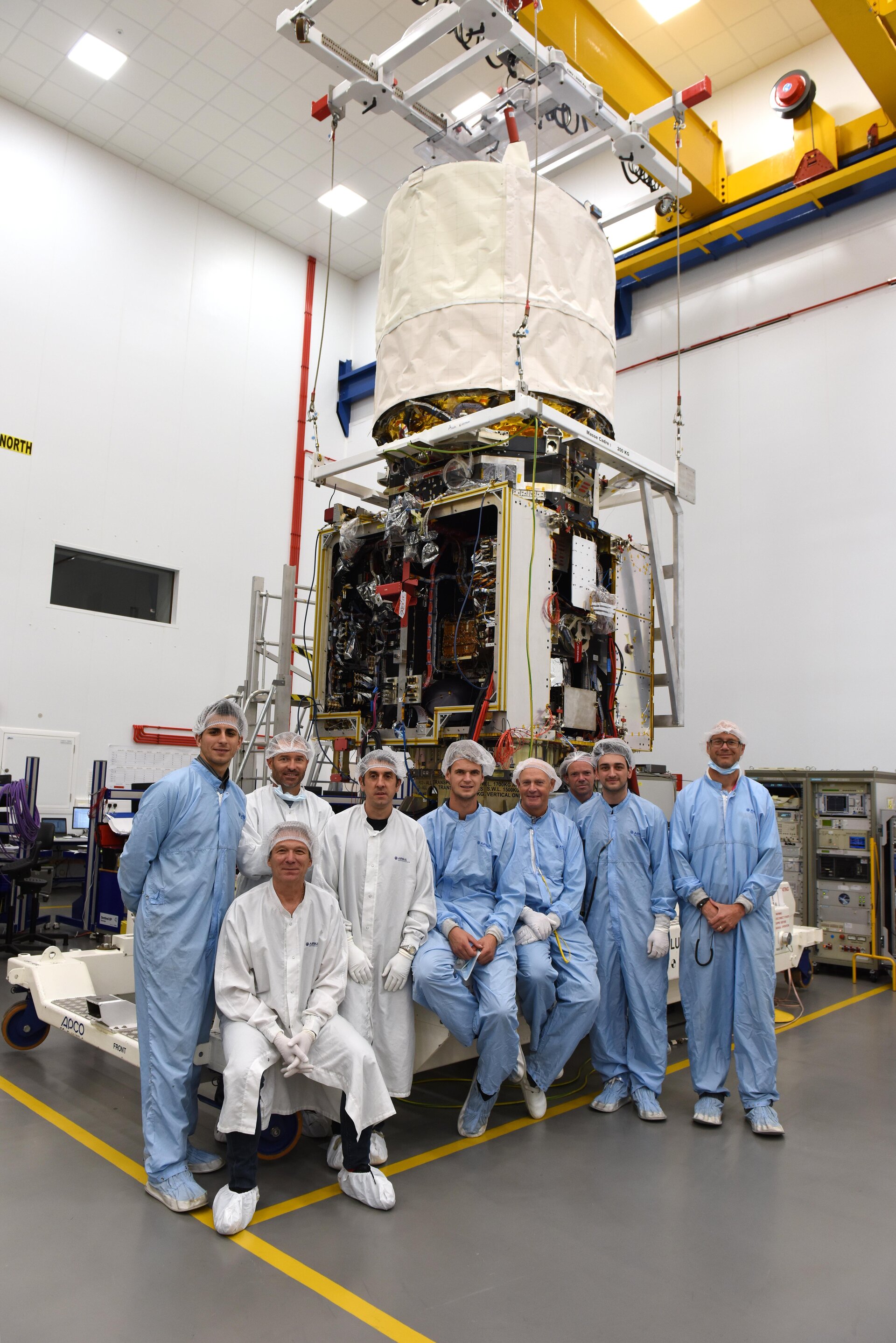 ESA’s Aeolus satellite in the cleanroom at Airbus Defence and Space in Stevenage, UK. During the last half of 2016 the UK team with support of their colleagues from Toulouse in France worked tirelessly to integrate the Aladin instrument into the satellite, to check that all is aligned and that the complete satellite is working flawlessly. As the sole measuring instrument on the Aeolus satellite, Aladin comprises two powerful lasers, a large telescope and very sensitive receivers. It is designed to probe the lowermost 30 km of the atmosphere to provide profiles of wind, aerosols and clouds along the satellite’s orbital path.