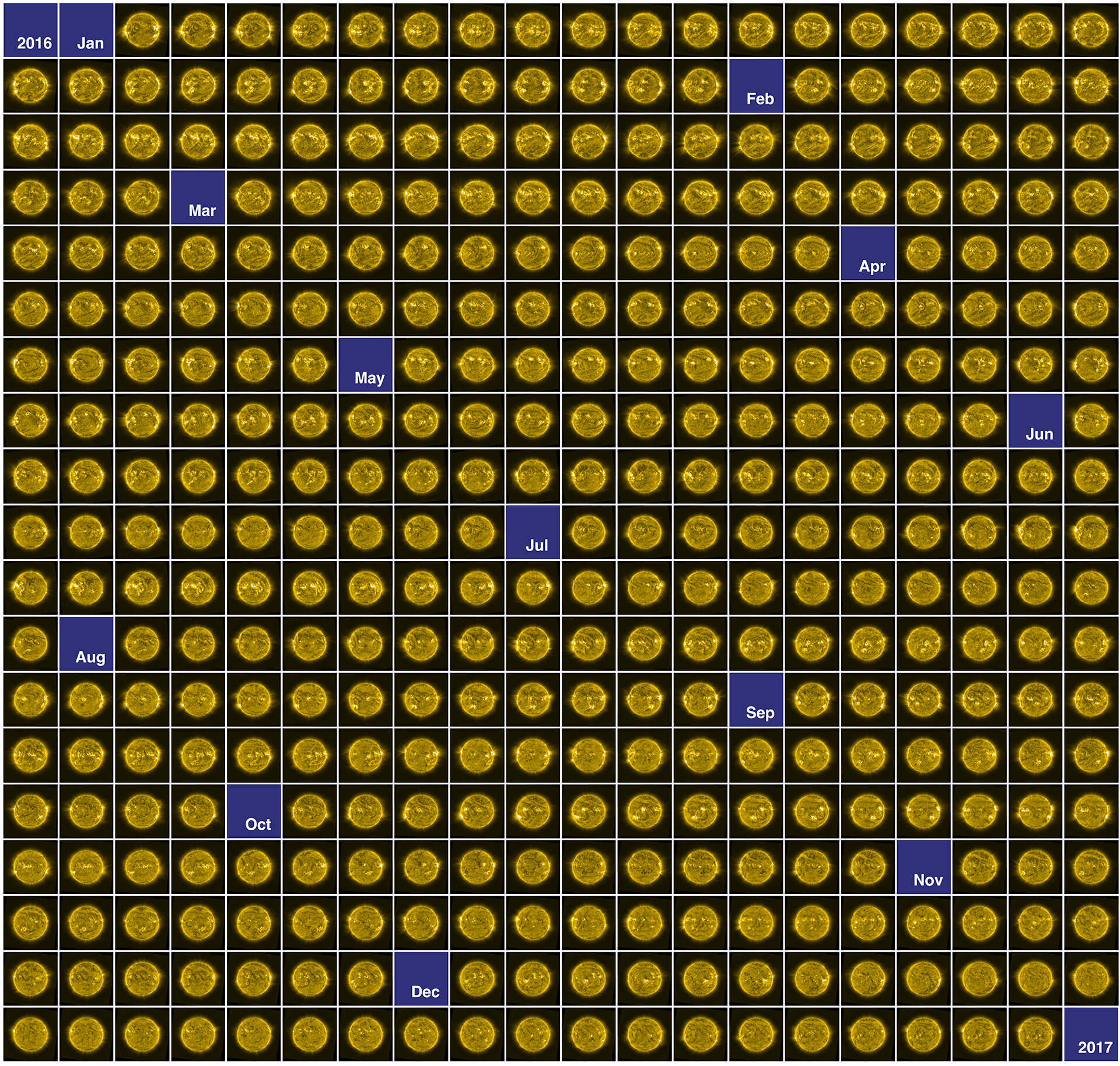 This montage of 366 images shows our Sun through the eyes of ESA’s Proba-2 satellite, as seen each day in 2016.

The satellite’s SWAP camera works at extreme ultraviolet wavelengths to capture the hot turbulent atmosphere of the Sun, known as the solar corona.

Each image was created from 30 separate images centred on 01:00 GMT each day, which were processed to enhance the features extending from the solar disc.

Throughout 2016 the Sun’s 11 year activity cycle continued towards its minimum, a period when the number of sunspots, active regions, solar flares and eruptions diminish. Nonetheless, the most active region of last year can be seen in the 17 July image. The bright region close to the centre of the Sun produced eight of the 20 most powerful flares witnessed last year.

Other prominent features are coronal holes – darker regions indicating lower levels of emission. However, coronal holes can produce streams of fast solar wind that can trigger geomagnetic storms on Earth. One of the largest holes observed last year can be seen towards the north of the Sun on 24 November, and was present for several solar rotations.