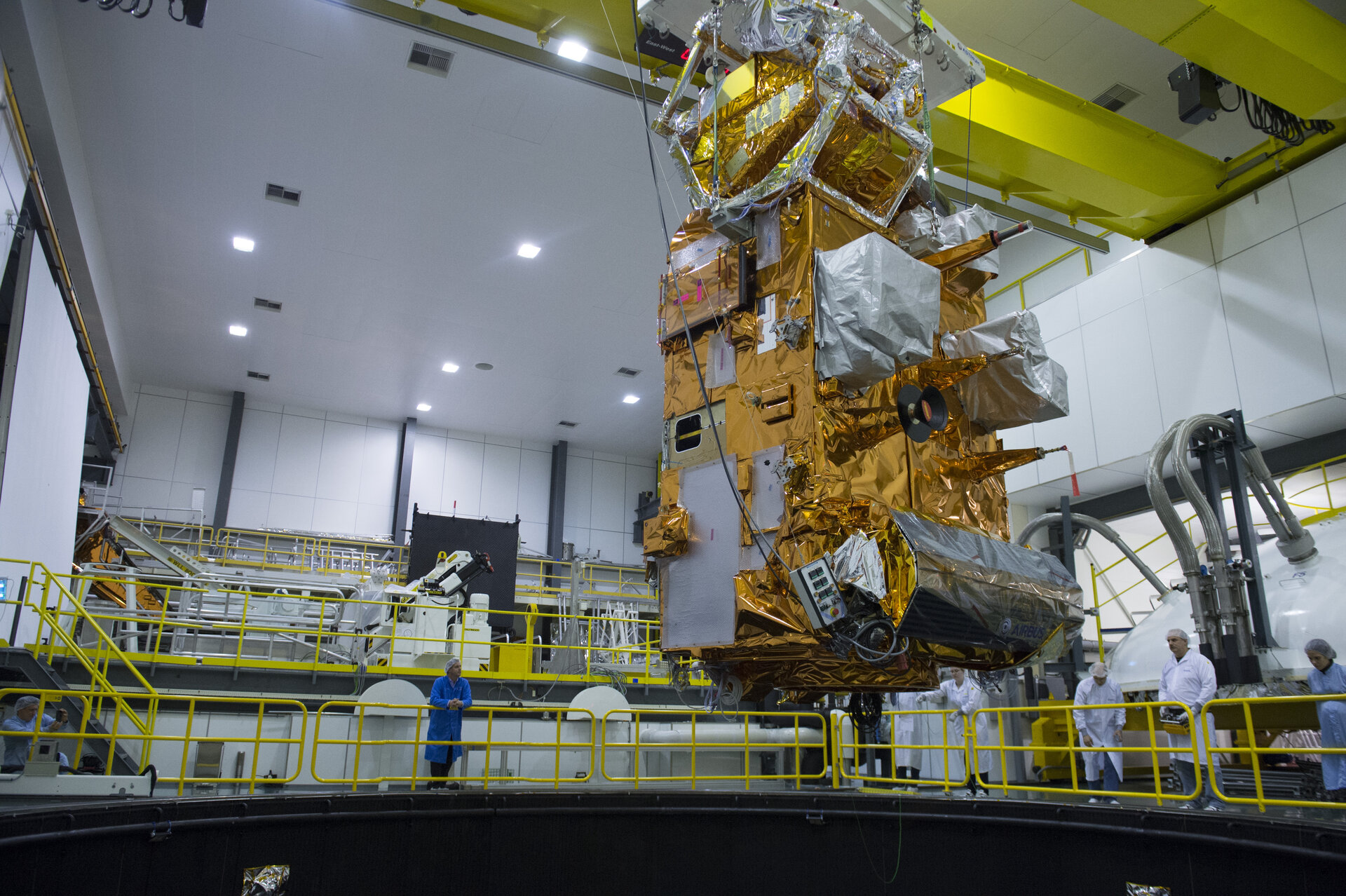 The LSS is part of ESA’s Test Centre in the Netherlands, the largest facility of its kind in Europe, providing a complete suite of equipment for all aspects of satellite testing under a single roof.

MetOp-C’s MetOp-C’s instruments must be tested in space-like vacuum conditions. High-performance pumps will remove all air within the chamber to create an orbital-quality vacuum. Meanwhile, liquid nitrogen will circulate through the black walls to mimic the cold of sunless space.