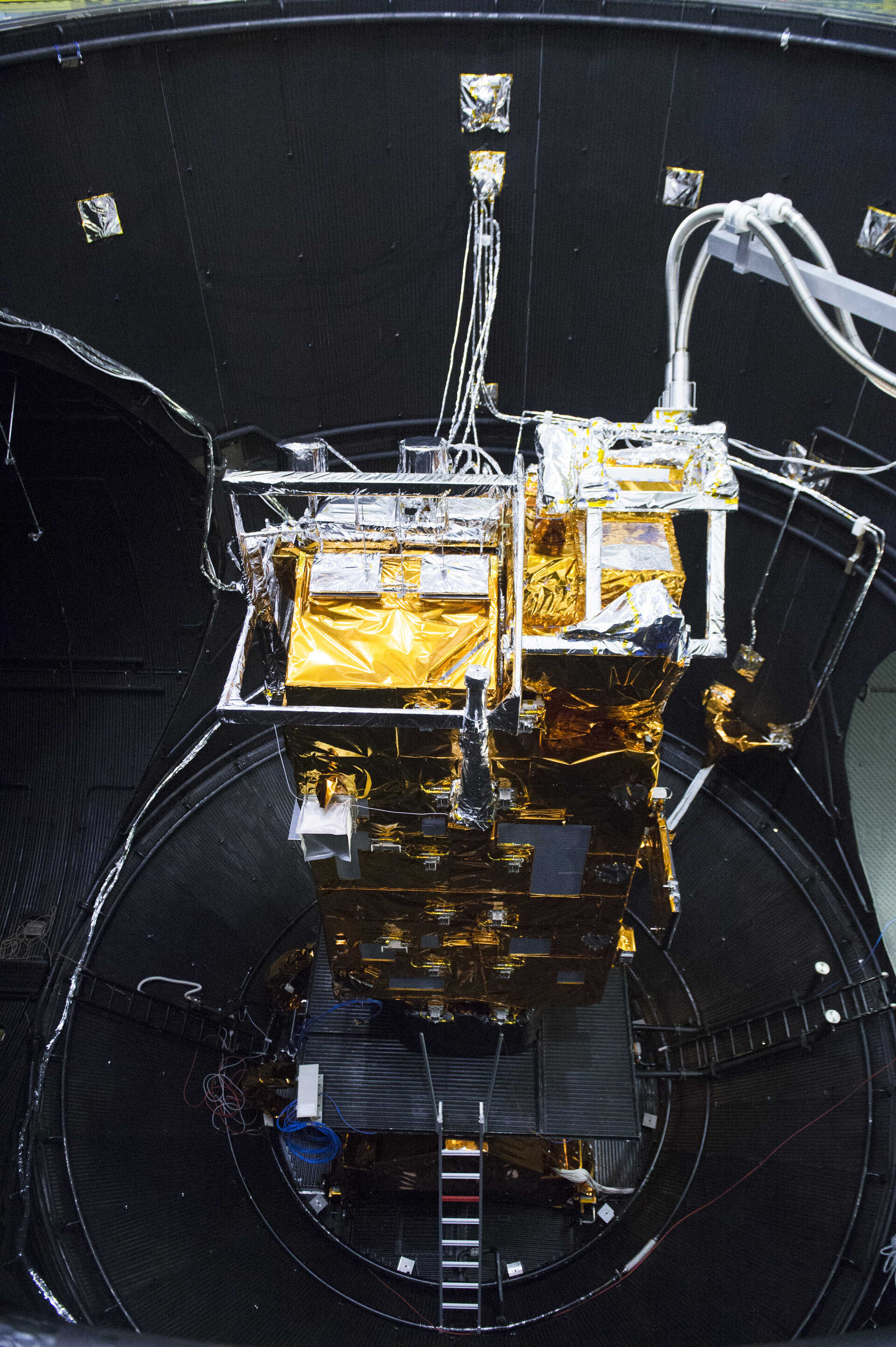 The payload module of Europe’s MetOp-C weather satellite inside ESTEC's Large Space Simulator in March 2017, with radiators and instruments covered with an array of cryogenically-cooled 'blackbodies' to reproduce their working temperatures ahead of vacuum testing.